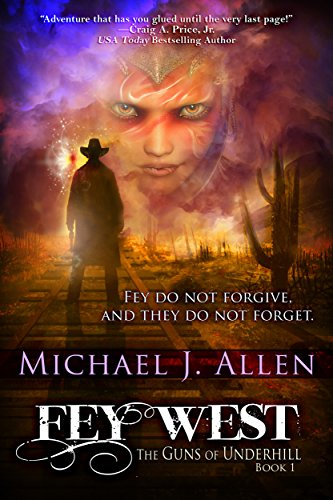 Crystal: Today I have the pleasure of hosting Michael J. Allen. Welcome Michael! I am so happy to have you here today. Would you share a little bit about yourself with us today?

Michael: Well, I don’t really consider myself very interesting outside of the stories that escape my head. I was born in Oregon, love the rain, and experiencing new foods and cultures. I live in Georgia with my two incredible black lab overlords, Myth and Magesty. I got hooked on watching readers argue about my stories when I was about eighteen. My day job is in technology. It can be pretty intrusive on my writing schedule, but the paycheck lets me travel to conventions about once a month to enjoy one of my favorite parts of the whole author gig—meet readers.

Michael: At the moment, I’m jugging the third book in my Bittergate modern high fantasy series, Forge of War; edits on Duplicity—the second book of my Dumpstermancer urban fantasy books; and proof “reading” the audio book of my first space opera, Scion of Conquered Earth

Michael: I picked up a new mythology book from the bargain rack at the local bookstore, brought it home and dropped it onto the stack siting on the stairs waiting to be taken up to my office. The book under it was a fair folk encyclopedia I got off of Amazon. A thought occurred to me. What if the Greek gods (or Roman or Egyptian or Norse or all of them) were just a bunch of power fairies screwing with humanity to get us to bow and scrape? What would humanity do? What kind of world would that make if instead of pilgrims, North America was colonized by fairy creatures and druids fleeing religious persecution? One question led to another and I ended up with Fey West.

Michael: I like to nibble, and since I have a tendency to forget the food is there, I prefer stuff that can sit out a while. I also try for small bites, so grapes or apple slices, cheese cubes, crackers, olives of any sort and occasionally celery stick, broccoli and dip. Of course, no writing session wouldn’t be complete without my long term partner, Diet Pepsi.

Michael: There are a lot of great scenes in Fey West, but I think one of my favorites is a scene in a saloon. Rafe is playing cards with a bunch of other gunslingers and the little six inch high pixie he’d saved from slavery. A bad guy comes in intent to shoot Rafe in the back, and the pixie gets up on the table, magically creates a pair of floating six-guns and starts talking like Clint Eastwood.

Michael: I try to pull myself away from the keyboard once in a while—though I admit it can be a real struggle to leave some poor character stranded and in danger. I’ve been trying to learn heavy combat in the SCA, and I regularly meet up with my fellow Starfleet International “crewmates” to talk geek or share movies.

The activity I’ve really enjoyed since my return to it 2 years ago, is my weekly Dungeons and Dragons game. The guy running it is one of those super crafty people with way too much time on his hands. Roleplaying again lets me focus on one character without worrying too much about plot and Billy’s constantly showing up with some strange creature cobbled together from dollar store toys or a cool new set piece wired to glow or burn or who knows what.

Michael: I used to have a 400 DVD jukebox that just played movies at random, but since it died I usually run “watch it again” movies on Netflix. Unfortunately, Netflix doesn’t have a shuffle feature, but at the same time it is less likely to play something I haven’t seen in a while that might distract me from the writing.

Michael: You guys live in a special time, really a golden age for readers. There are so many up and coming talents out there that might never have been published otherwise. Sure, there are some not so great books too, but getting a publishing contract took a lot of time and effort. I’ve seen a lot of good writers just give up and walk away, Enjoy a world of stories at your fingertips, try some of those indies out there and don’t forget to tell them—and preferably the world via a review—how their book made you feel.

Fey do not forgive, and they do not forget.
Neither do gunslingers.A half-breed born under a death sentence in the New World and saved from execution in the Old, Rafael West—half-elven druid turned gunslinger—returns to his homeland, wary and beholden to the high fairy who negotiated his release. To repay his debt, West is forced to protect and champion a dwarven railroad laying poisonous, cold iron across the wild lands of the fey continent, which means he’ll have to face the very elven tribesmen that want him dead for the crime of “stealing” their magic.If Big Iron stops its march across fey land, anyone he calls friend will die. The woman he’s trying very hard not to love will die. One wrong move will plunge the entire continent into full scale war.West will need more than six-guns and luck to survive. He’ll have to lie, cheat, and steal, but even that may not be enough once the secrets start to unravel. The fey aren’t the only ones with secrets to hide.
Amazon Buy Link:
https://amzn.to/2Nk7kay 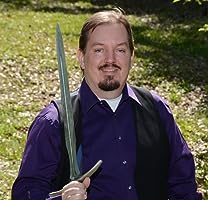 Michael J. Allen is a bestselling author of multi-layer science fiction and fantasy novels. Born in Oregon and an avid storm fan, he lives in far too hot & humid rural Georgia with his two black Labradors: Myth and Magesty. On those rare occasions he tears himself away from reading, writing and conventions he can be found enjoying bad scifi movies, playing D&D or the occasional video game, getting hit with sticks in the SCA or hanging out with the crew of Starfleet International’s U.S.S. DaVinci. To learn more about Michael, check out his website at www.deliriousscribbles.com
Posted by Reviews By Crystal at 4:24 AM