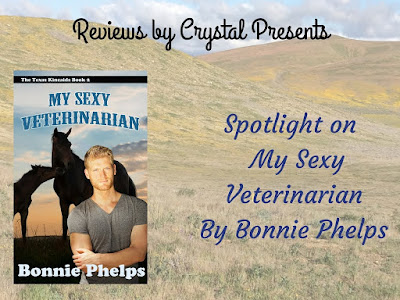 Nate Kincaid, wants to get out of debt and get his family off his back about his relationship status. The second means he needs a serious girlfriend, but after the death of his fiancé, he isn’t ready. No one knows about his nightmares—the ones that chase him into the dark places of grief. Dealing with debt means his fledgling veterinary practice must be successful—business before anything else. Always. Maybe a pretend relationship would solve his second problem so he can concentrate on the first.

Full-time psychologist and part-time model, Lauren Royall, has the perfect life. As a therapist she helps people. As a model, her free spirit reigns. When Nate suggests she pose as his girlfriend, she accepts on a lark. Lauren senses his pain and wants to help. She hadn’t counted on falling for the guy or the painful memories from her past his situation evokes. 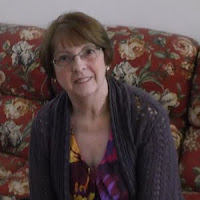 Rumor has it that Bonnie began telling stories at a very early age. Photos exist of the author toddling around the corner of the house covered in mud babbling about magic rabbits leading her through the garden. Her parents were amused – until they discovered she had also walked across the newly poured cement patio – which only added fuel to the fire of her passion for writing. From then on, her active imagination continued to churn out plots and character sketches always wondering how different people would behave in similar situations. People are endlessly fascinating and stories are everywhere.

Bonnie used her writing skills throughout her professional life as a fundraiser and marketer for several nonprofits. She enjoyed the chance to tell and share the story of worthy organizations. In the late 1980s, Bonnie authored a syndicated column in several California newspapers in which she shared the experiences and misadventures of life as a wife and mother. The jury is out on whether or not her children appreciated her candor. Because Bonnie has romance in her soul, she also worked as a Wedding Planner for several years. Absolutely loved it!! She craves anything sweet, revels in any chance to travel, and is addicted to Ancestry.com. A native Californian, the author lives in Northern California with her husband.