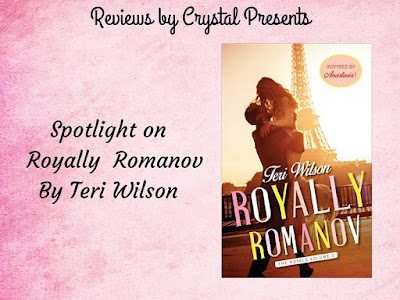 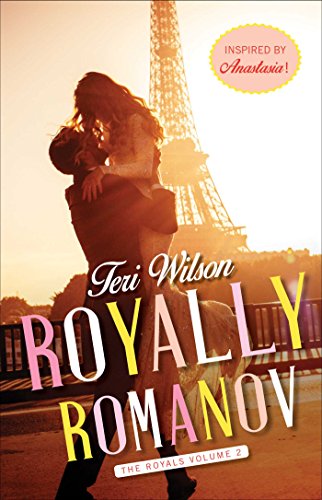 In this charming modern day retelling of the 1956 classic Anastasia, a museum curator falls for a mysterious man who may or may not be a long lost heir to Russia’s imperial Romanov dynasty.

Volume 2 in The Royals Series ROYALLY ROMANOV by Teri Wilson introduces Finley Abbot, who is organizing the most prestigious art exhibit of her career at the Louvre museum—a retrospective of art from the House of Romanov. But the sudden appearance of Maxim Romanov threatens to turn her into the biggest laughingstock of the art world. When she finds herself falling in love, she realizes there’s even more at stake than her career. How can she trust a man with her whole world when he can’t remember a thing about his past?

After suffering a violent blow to the head, Maxim’s only clue to his identity is a notebook containing carefully researched documentation in his own handwriting indicating that he is the sole surviving descendant of the Grand Duchess Anastasia, previously thought dead in the murder of her family during Russia’s Bolshevik revolution. His struggle to put the mysterious pieces of his past back together leads him to Finley. At first, she’s convinced Maxim is nothing but a con artist. But there’s something undeniably captivating about the beautiful, brooding man who claims to be searching for his identity—something Finley can’t quite bring herself to resist. When he reveals a secret about one of the imperial Fabergé eggs in the collection, she accepts he may actually be telling the truth. But as soon as Finley and Maxim act on their feelings for one another, Maxim is confronted with evidence that calls into question everything he’s begun to believe about himself. 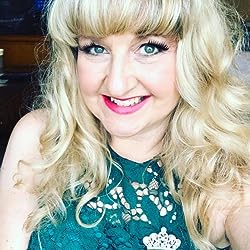 Teri Wilson’s novel Unleashing Mr. Darcy is now a Hallmark Channel Original Movie, and she currently has two other films in development with Hallmark. She’s also at HelloGiggles.com, a lifestyle and entertainment website founded by Zooey Deschanel. Teri loves books, travel, animals and dancing every day. Visit her at TeriWilson.net or on Twitter @TeriWilsonAuthr.