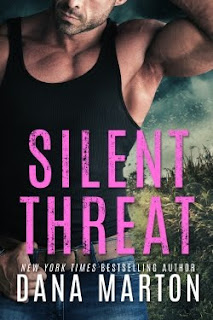 A former Navy SEAL, Cole Makani Hunter has returned home from a disastrous black ops mission without his best friend, his hearing, or the use of his right arm. So when his ex–commanding officer assigns him to an undercover mission at a rehab center for vets to discover who leaked sensitive military information to an enemy, he’d rather be anywhere but there. Almost immediately, Cole finds himself at odds with Annie Murray—a peace-loving ecotherapist whose dream is to open an animal sanctuary out of her home. While the two seemingly have nothing in common, their spirited arguments soon fuel a passion for each other.
But just as things begin to heat up between therapist and patient, dangerous complications arise. So does the past—and a shocking revelation that puts Cole and everything he now holds dear in the path of a murderous traitor.

Paperback ISBN: 9781542047982
~*~*~*~*~*~*~
Excerpt:
For a little taste of the book, here is a short excerpt from when Cole first visit’s Annie’s little animal sanctuary that she runs out of her garage and backyard:
“What’s up with the llamas?” He turned so he could read her lips.
She blinked at him. “People moved and left them behind.”
“What was the worst you ever had?”
“A tarantula that lost a leg.” A delicate shiver ran through her. “I hate spiders.”
“Did you save it?”
A tragic look came over her face. “A goat ate him.”
A strangled laugh escaped him. “What happened to the goat?”
“Adopted.”
“Do you ever turn anything away?”
She rubbed the head of one of the baby skunks with the back of her crooked index finger. “Not anything, not ever.”
That people like her lived in the world scared Cole a little. Too soft-hearted, too easy to take advantage of, too vulnerable. Annie Murray needed a keeper. Not that he was volunteering.
He watched as she slid down into the hay, flat on her back, her head on the folded comforter. The orphaned skunks were all over her instantly, like love-smitten kittens, snuggled into every nook, a different baby tucked against every curve.
She closed her eyes, the picture of peaceful bliss.
Cole stood against a nearly irresistible pull to lie next to her and be part of the magic she was weaving.
He never thought he’d be jealous of a skunk, but he wanted to be tucked against her breast. She had generous breasts to go with her generous mouth. She was murmuring something to her little charges that he didn’t catch, a soft half-smile on her lips.
He wanted to sink into Annie Murray’s earth mother goodness, dissolve in her peace.
She was the most wholesome person he’d ever known.
He was the opposite, too damaged in too many ways. He was deaf, and his right arm might never fully function again. He had nightmares . . .
He wouldn’t wish waking up next to him on his worst enemy.
In his dreams, either he was killing someone, or someone was killing him.
He was a killer. He’d been a damn good sniper before his right arm had been rendered useless. Maybe as punishment for his sins.
He didn’t care about the arm. He didn’t care about his lost hearing. He would gladly give more, give anything, if it brought back Ryan, his spotter, his best friend.
Since Ryan and the others had died, screaming in pain, Cole hadn’t been the same.
So no, he could not have the peace Annie Murray was offering.
~*~*~*~*~*~*~
About the Author:

Dana Marton is the New York Times bestselling author of the Agents Under Fire series, the Hardstorm Saga, and the Broslin Creek novels. She is the winner of the Daphne du Maurier Award for Excellence in Mystery/Suspense, the Readers’ Choice Award, and the RITA Award. For more information about Marton and her work, please visit her at www.danamarton.com or on Facebook at www.facebook.com/danamarton.

Posted by Reviews By Crystal at 2:49 AM