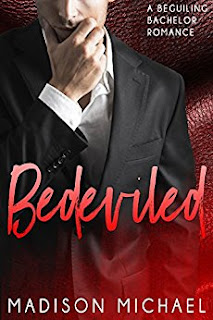 If You Build Your Love on Lies, You Better Run Faster than the Truth

Newly appointed Finance Director, Charlotte Roche escaped dangers lurking in Boston by moving to Chicago. A new name, a new beginning - all built on lies. Believing she is safe, Charlotte drops her guard and sets her sights on her ruggedly handsome and wildly sexy running partner, Alexander Gaines. Can she advance their relationship from the track to the bedroom and still maintain her charade? or will Alex's probing questions pierce her carefully rehearsed story?

Alex, with unrevealed secrets of his own, struggles to hold the irresistible Charlotte at arm’s length. But when Charlotte sustains a suspicious injury, Alex seizes the opportunity to cuddle up to the sassy beauty. Does he dare risk his reputation, his fortune, his friends, and his heart by letting her get close?

How can they build a bond with deceit on both sides? With exposure imminent, their freshly forged relationship is in jeopardy and so are their lives. Can their love survive or are they bedeviled?

Join Alex and Charlotte, in this steamy romance, the third in the five-star rated Beguiling Bachelor series. The suspense builds as the characters you’ve met and loved in “Bedazzled” and “Beholden” help tackle the maze of half-truths and cover-ups threatening the lovers. 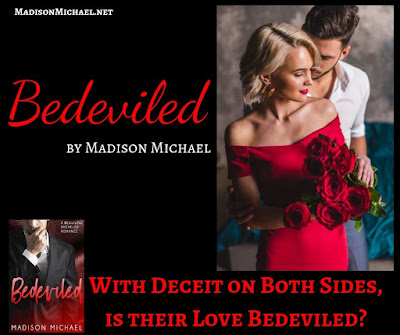 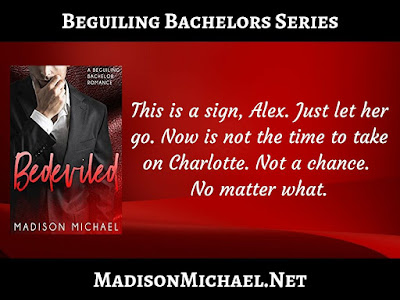 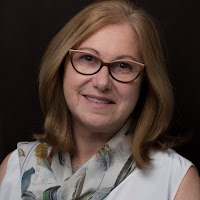 Maddy writes from high above Chicago where she can stare at its gorgeous skyline or the shores of Lake Michigan surrounded by feline assistants. When she is not writing,, Maddy can be found lost in a book, fighting for the rights of the mentally iil or dining on Chicago’s famous cuisine. Hot dogs and pizza, anyone?
Social Links: