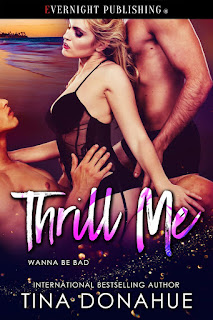 Longing to be bad…

For too many months, Shelby’s craved bad boys Ben and Dominic, cousins and celebrated chefs at the opulent Caribbean resort where she works. Their heated gazes prove they hunger for her as much as she does for them, but they’ve yet to make a move on her.

Fun-loving Dominic’s fully onboard. He’s had his eye on Shelby from the start. Ben has too, but he’s reluctant to mix business with pleasure. Since a previous work relationship screwed him big time, he doesn’t want to repeat the experience and won’t … as long as he keeps this strictly about sex, no strings or expectations. 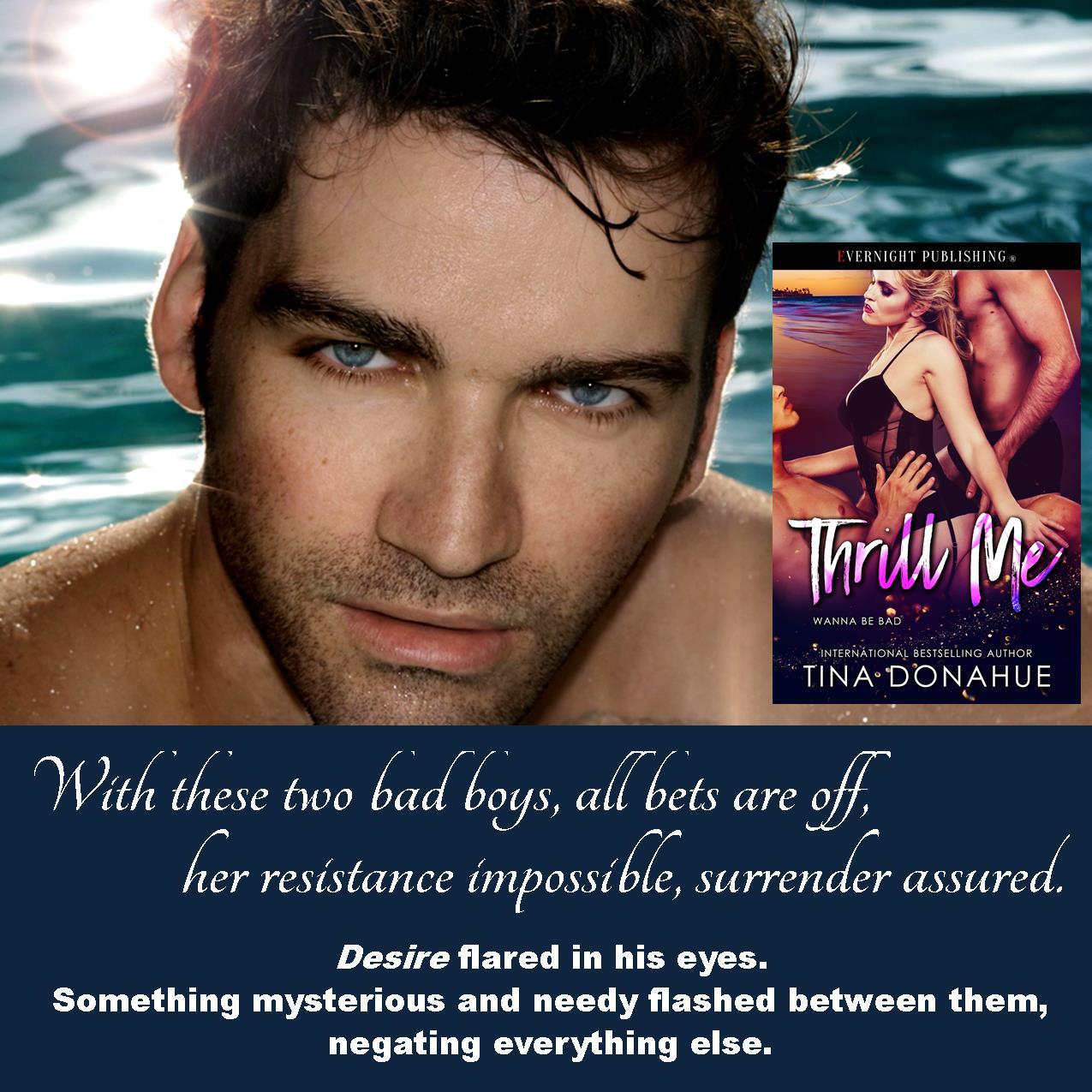 Excerpt from Thrill Me:

Having nabbed their attention, albeit not on the subject she planned to discuss, she got to the point. “I’m guessing you’ve heard about the new island attraction Jon has planned?”

Dominic flashed a grin sexy enough to melt a celibate’s iron will.

Her heart caught and tumbled.

He put his water down. “An ‘anything goes’ island is an epic idea. Why make the guests wait for three or four weeks throughout the year when they can get it on ‘round the clock?”

Jon’s idea exactly. A year ago, he’d purchased the island next to this one for his newest project. Once publicity was ready and the various activities tested, the venture would launch.

Ben gave her a questioning look. “Did you want us to come up with something unique for the stuff that goes on there?”

Dominic bumped his shoulder. “For the kink, we can devise entrees and pastries to smear over naked bods for everyone to eat or lick off.” He spoke to her. “Right?”

If they did so to her, she’d have no complaints. However, that wasn’t what she had in mind. “Although we’d love to have you guys supply refreshments for the participating guests, that’s not why you’re here. The island isn’t ready to open yet. There are still publicity shots to take.”

Dominic’s smile wilted beneath confusion. Ben didn’t look as if he were following either.

The pictures showed three performers in the exotic shows—specifically two males and one female—getting it on at the Saint Andrew’s Cross. Lighting accentuated the whips, crops, leather outfits, and perspiration on all three.

She tapped the brochure. “This is where you come in.”

Their gazes jumped to her.

“Not in Dom’s Den.” She put the piece face down on the table. “But on the island. For publicity shots. You’re both young and good-looking. The type of men who belong in an ‘anything goes’ scenario. The initial publicity shots will be with you guys wearing trunks or board shorts. Possibly both. We’ll see how it goes.” Her gaze fell to their groins. She dragged it back up. “I’ll be wearing a swimsuit or bikini, until we do shots for the European markets.” She clasped her hands to keep them from shaking. “Nudity doesn’t bother people overseas like it does those in the States. So those photos will be without suits. However, everything will be in silhouette or strategically placed lighting, our faces in shadows or blurred or whatever Chad comes up with.”

She snatched a breath. The extra air didn’t stop the room from twirling around her. “He’s the resident photographer. Once the photos are through, there’s a three-day stay on the island to do market research. Jon’s a stickler for wanting to know what will happen before opening any event to the public. He’s going to invite every staff member who wants to participate in the fun to do so.”

Ben didn’t seem to be breathing any longer.

Flushed, Dominic rocked on his cushion, his eyes bright. 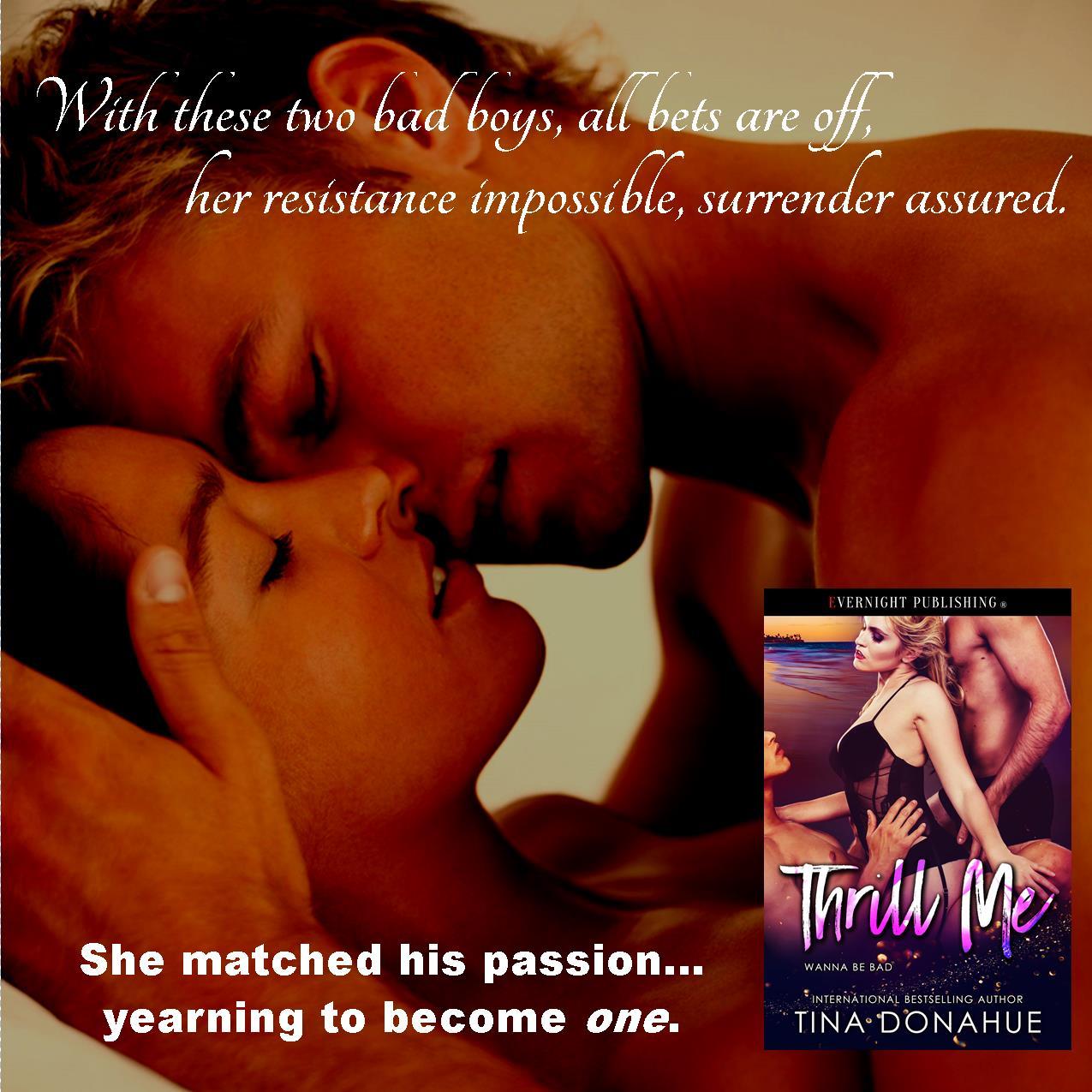 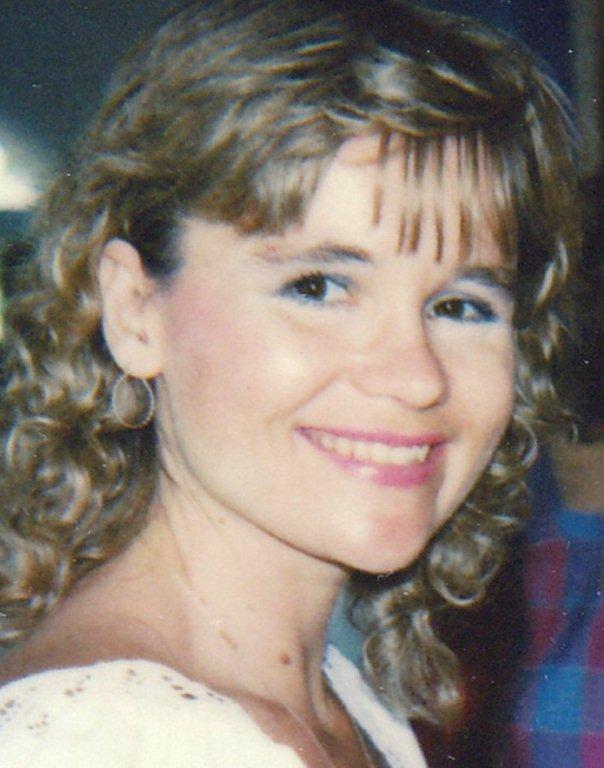 
Posted by Reviews By Crystal at 2:17 AM