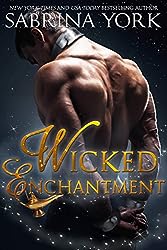 Consigned to a magical prison, Sir Keeshan has suffered torment after torment for thousands of years. The curse of a powerful Djinn entombed him in the lamp, damning him to an eternity of pleasing the women who come to him—but never grasping true love. Every hundred years or so, a new woman comes to him and they are both are ensnared in a web of dark desire. And then, just as he grows to care for her, she is spirited away, back to the world. Such is the nature of his curse.
But when Aimalee arrives, Keeshan knows something is different. She is different. And his feelings for her are undeniable. He has no idea how long they will have together and, desperate to not waste a second of his time with her, Keeshan cannot help but indulge his every craving…and hers.
When the clever minx helps him solve a mystery that has been haunting him for ages, he can’t help but hope she may be the one to help him break the curse.
Hope is a dangerous thing in enchanted surrounds, especially because he knows her departure, when it comes, will destroy him.

Her Royal Hotness, Sabrina York, is the New York Times and USA Today Bestselling author of hot, humorous stories for smart and sexy readers. Her titles range from sweet & snarky to scorching romance.  Visit her webpage at www.sabrinayork.com to check out her books, excerpts and contests. Newsletter: http://eepurl.com/bj8tKb.

Posted by Reviews By Crystal at 7:33 PM