#GiveAway - Found You By Dahlia Donovan 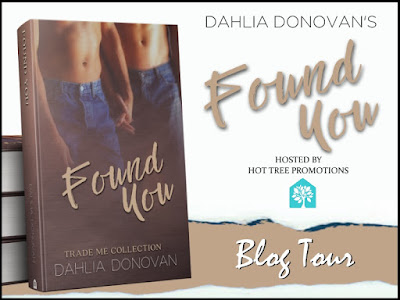 Found You
Trade Me Collection
By Dahlia Donovan

Kent Casado has lost everything that defined him: his construction business, his husband, his home, and his fortune. He went from one of the first gay men to marry in Colorado, to the first to be divorced. Crushed and alone, his only recourse is to move into a hurricane-damaged cottage in Key West, but his troubles seem to follow him to the beach paradise.

Dusk “Doctor Dusky” Keller has never allowed himself to be defined by anyone or anything. Growing up in the Keys with his hippie parents, he ran an animal hospital until a hurricane destroyed it. He never expects to fall straight into lust with an uptight stranger who he sees on his daily beach walks.

Satisfied with a prolonged one-night stand, neither expects to plummet from casual to complicated. 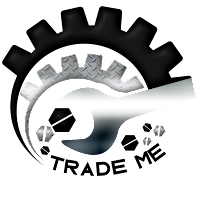 Trade Me is a new genre-linked collection of 30,000 - 50,000 word novellas. With so many sexy trades to pant over, Trade Me stories offer heat, swoon-worthy men, and HEAs that will leave M/M romance lovers completely satisfied. 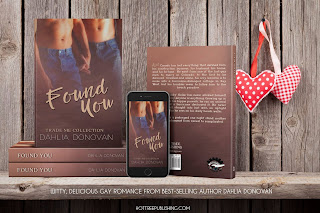 While Dusk drifted away from him, Kent found himself drawn to inspecting the man. He had longish dirty-blond hair, wavy, and out-of-control; it matched the scruff on his face which was barely more than a five o’clock shadow. He had tanned skin likely from days spent under the heat of the Florida sun, which only served to make his incredible blue eyes stand out.

Those eyes glanced back toward him as if sensing his perusal. Dusk winked at him and waved cheerily. It only worked to make the blue even brighter.

Kent could easily spot at least three tattoos on the dog walker with his beach attire of khaki shorts and a tank top. He had an island and ocean scene on his left arm while his right had several symbols on it that looked almost like doctor symbols, but might’ve been for a vet instead. The edges of some sort of map peeked out from under his shirt in the back.

A few more steps sent Dusk out of his view. It left Kent with one lasting impression—the man did have a nice ass. He might put up with the barking dogs for a closer look at it each morning. Not the chickens, however. Maybe he could write to Popeye’s to offer them up. The locals might not be too thrilled with him, but he might get to sleep in a little.

Stretching his legs out until his feet dug into the sand, Kent relaxed against the steps with his eyes closed against the sun. Florida had certainly not done anything for his productivity. His type-A need to accomplish tasks had taken a nosedive over the last few weeks.

Dahlia Donovan started out working in the insurance world. After ten years, she morphed her love of investigating accidents and studying people into writing about them. She's a bit of a hermit and despises being in front of a camera. Her life wouldn't be complete without her husband and her massive collection of books and video games.