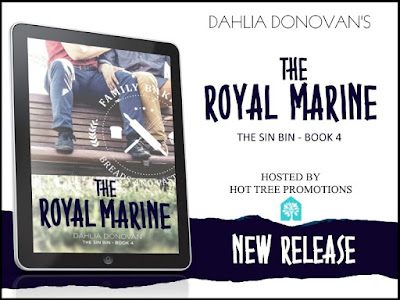 Who keeps the Royal Marine's heart safe when he's running headlong into danger?

Akash Robinson fuses his Indian and British heritage into his baked creations. His life is all things sugar and spice, especially when a blind date leads him to the older military man of his dreams. Family, friends, and an unwanted admirer all threaten both his sanity and his budding romance.
Hamish Ross carries the names of his lost soldiers on his back. He takes his work seriously with no time for love. All it takes is one impulsive kiss to lead him into uncharted romantic waters.

When a sarcastic baker mixes with a stoic alpha marine, who will come out on top when the flour settles?

The Royal Marine is book four in Dahlia Donovan's international bestselling gay romance series, The Sin Bin. Each one features hot rugby players and the men who steal their hearts.

On sale for half price!
Amazon: http://amzn.to/2hIDWsK
All others: books2read.com/themarine 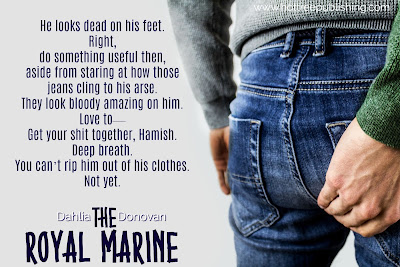