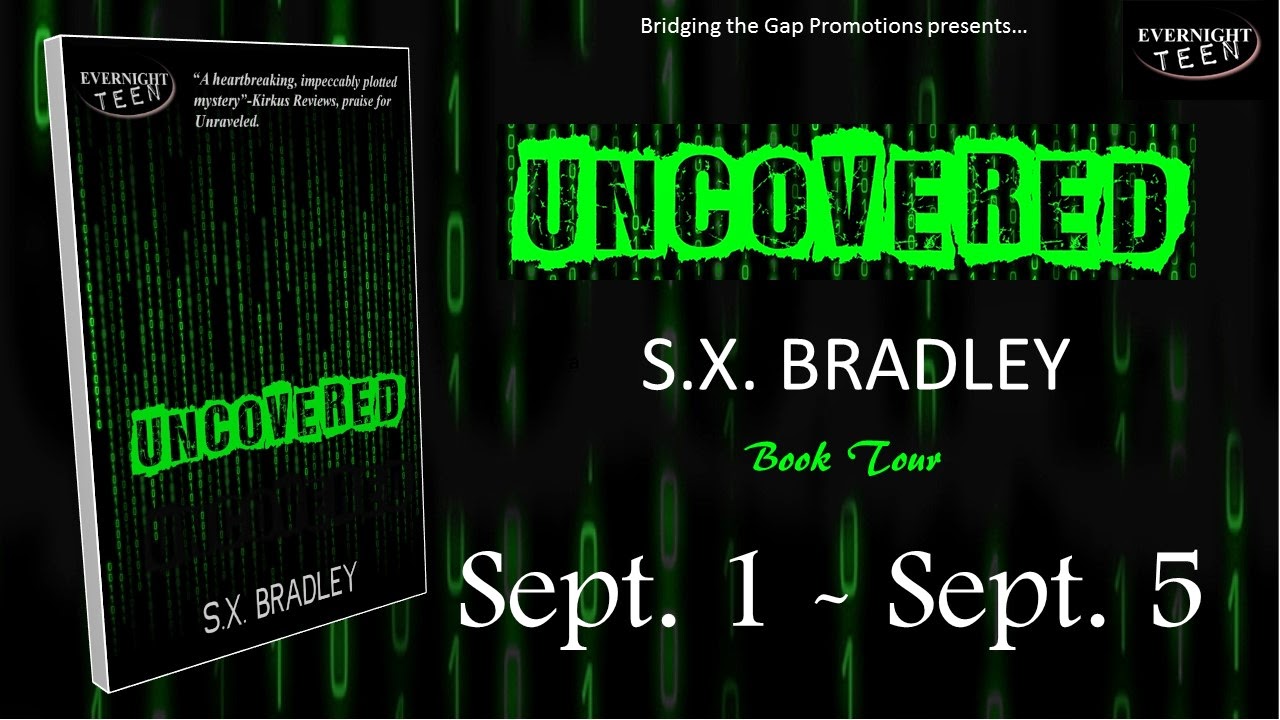 Giveaway: An eBook of Uncovered! Please use the RaffleCopter below to enter.

Crystal: Today as part of this Bridging the Gap Promotions Tour, I have the chance to ask S.X. Bradley a few questions. Welcome, I'm so happy to have you here today. Would you share a little bit about yourself with us today?

S.X.: First of all, thanks so much for having me on your blog today. A little bit about myself-I write young adult mysteries that feature diverse characters. I’m also a mom, and a recent MFA graduate from Seton Hill University. Proud to say I’m also a brand new knitter– totally in love with it and have wanted to learn since I was a little girl.

S.X.:  My favorite scene is the scene when Autumn and Caedon are in the maze at Club Chaos. I was actually stuck with the plot, then the idea came to me in dream (love when that happens). The plot just flowed after that.

S.X.:  It actually morphed from several places. The high school forensic team was based on an article I read about a pilot program they were doing to teach high school students forensics. Wish that’d been around when I was in school.  The online survival game idea was a marriage of World of Warcraft and a TV survival show. I love watching those. The ideas all blended together.

S.X.:  I’m revising a romantic suspense novel that I wrote during last year’s NaNoWriMo. It’s a huge departure for me-but I wanted to try something different.


Crystal: Do you have any special routine that you follow when you are writing?

S.X.:  I don’t. I usually write during my lunch hour at work. I’m pretty disciplined since I had to be when I was in school, and needed to meet school deadlines. There was no time for writer’s block, so now I can pretty much write when it’s time to.

S.X.:  I did do a lot of research. It’s one of the fun parts about being a writer. When  Uncovered opens, Autumn is examining blood spatter. I took an online blood splatter class so I could learn more about the details. It’s fascinating. I can see why Dexter likes it.

S.X.:  I would have bet you a ton of money that I would never write a romance. I tried a short story once, and it was so hard for me. On a whim, I tried an idea I had during NaNoWriMo and pushed through it. I’d love to write a political thriller, something along the lines of House of Cards.

Last year sixteen-year-old Autumn solved her sister’s murder. This year, she is part
of a high school forensic dream team that assists the police when teens are
kidnapped. When it’s discovered the kidnappings are part of a secret online
survivor game, the police and team focus on the game maker—the man behind the
game.

The focus of the investigation shifts when Autumn is singled out and
becomes the target of the Game Maker’s sick game.  Through
encrypted messages hidden in steganographs, Autumn must discover who the last
kidnapping victim is if she hopes to save him in time.

There was minimal blood spatter on the black and white checkered floor. Mainly small, spherical droplets. My hands trembled as I removed the ruler from my new black case. The numbered evidence markers outlined a crimson polka dot path. Squatting down, I held out the ruler, and it landed with a loud ping as the steel hit the tile. All eyes darted toward me. I shrugged an I’m sorry.

Everyone resumed their tasks, except for Minerva. She rolled her eyes at me, which was miraculous considering the spider-leg eyelashes she wore. I gave her a country-club smile, then refocused on the blood spatter.

I picked up my ruler and measured the diameter of several drops. Average was 6 mm. Low velocity. She could still be alive.

I shook my head, trying to clear the memory. This was different. Low velocity meant small force of impact. These types of droplets were caused by someone dripping blood, not by a blow or gunshot. Or by knife wounds. They could belong to the missing ice cream girl, or if we were lucky, the kidnapper. The Texas state crime lab would have to sort that out, and it could take forever.

I documented the results in my evidence log. My handwriting was shaky, but legible enough for my team.

It’s not her. This is different. This girl may still be alive. There’s hope.

I blew out the fear in one big breath and got back to work. I examined the pattern on the floor. The low blood volume found at the scene was a positive sign, but it wouldn’t matter to her family. They were being tormented every second she was gone. Right now, the tricks their minds were playing on them, the things their imaginations were conjuring, were sadistic. Panic loved to be a bitch like that.

I had to help her and her family. After all, it was why I’d accepted the offer to participate in the Science and Technology Associates in Forensics Foundation’s—or STAFFF’s—forensic training camp.

I stepped back and looked at the ice cream parlor from all angles the way I’d been taught this past summer.

Even though the parlor had a 1950s décor, it was a new addition to the city of Nogales. The overhead fans kept the space cool, and the clack, clack, clack rhythm echoed in the empty shop. The checkered floor was a nice contrast to the deep red booths and bar stools. The walls were adorned with vintage signage and photos of Nogales landmarks. A Wurlitzer jukebox stood proudly by the front entrance. On any other day, it would be a place I’d like to visit with my boyfriend, Caedon.

My four other STAFF teammates were walking around performing the various tasks assigned to them. It was our first case, and I prayed we’d do a kick-ass job, because there was still hope and a chance to impact her fate.

Today, we were at the ice cream shop to act as free consultants for the Nogales PD and to learn about forensics firsthand. Our first team objective was to form no judgments or conclusions before all the facts were in. We would then create a crime scene analysis and summary to forward on to the detective in charge of the investigation. He’d give us his feedback, and that would factor into our grade.

Objectivity was key. Quick-draw conclusions could lead you down the wrong path and to the home of…oh, I don’t know, let’s say…my high school principal. Principal Tamez still hadn’t forgiven me and never would. Ponzi Scheme Boy knew I was onto him, except there was this little thing called evidence that the police liked to have before arresting anyone for embezzling.

He reeked of dishonesty and was definitely hiding something underneath that greasy comb-over. One day, I’d find out exactly what he was up to and find the evidence I needed to put him away. 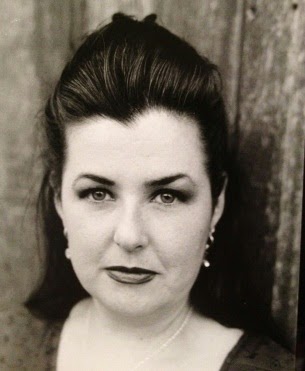 Susan grew up in South Texas, about ten miles from the U.S.-Mexican border. As a child she spent the summers in Mexico with her grandparents and extended family. During these vacations, she frequently created mysteries for her siblings and cousins to solve. These mysteries were her first stories. Nancy Drew soon became her childhood hero and inspiration to write mysteries for young adults.

Her greatest joy is her daughter who is quite the storyteller and likes to come up with the characters’ names for mom’s stories.

When she’s not writing or studying, you can find her looking after her personal mini-zoo which consists of two fish, one thief of a dog, and some hermit crabs.

Susan graduated from the University of Texas, is currently pursuing an MFA from Seton Hill University, and dreams of one day owning a touch screen murder board like the one on her favorite TV show, Castle.