Always the Quiet Ones By Cassandra Carr ~ Spotlight ~ Excerpt 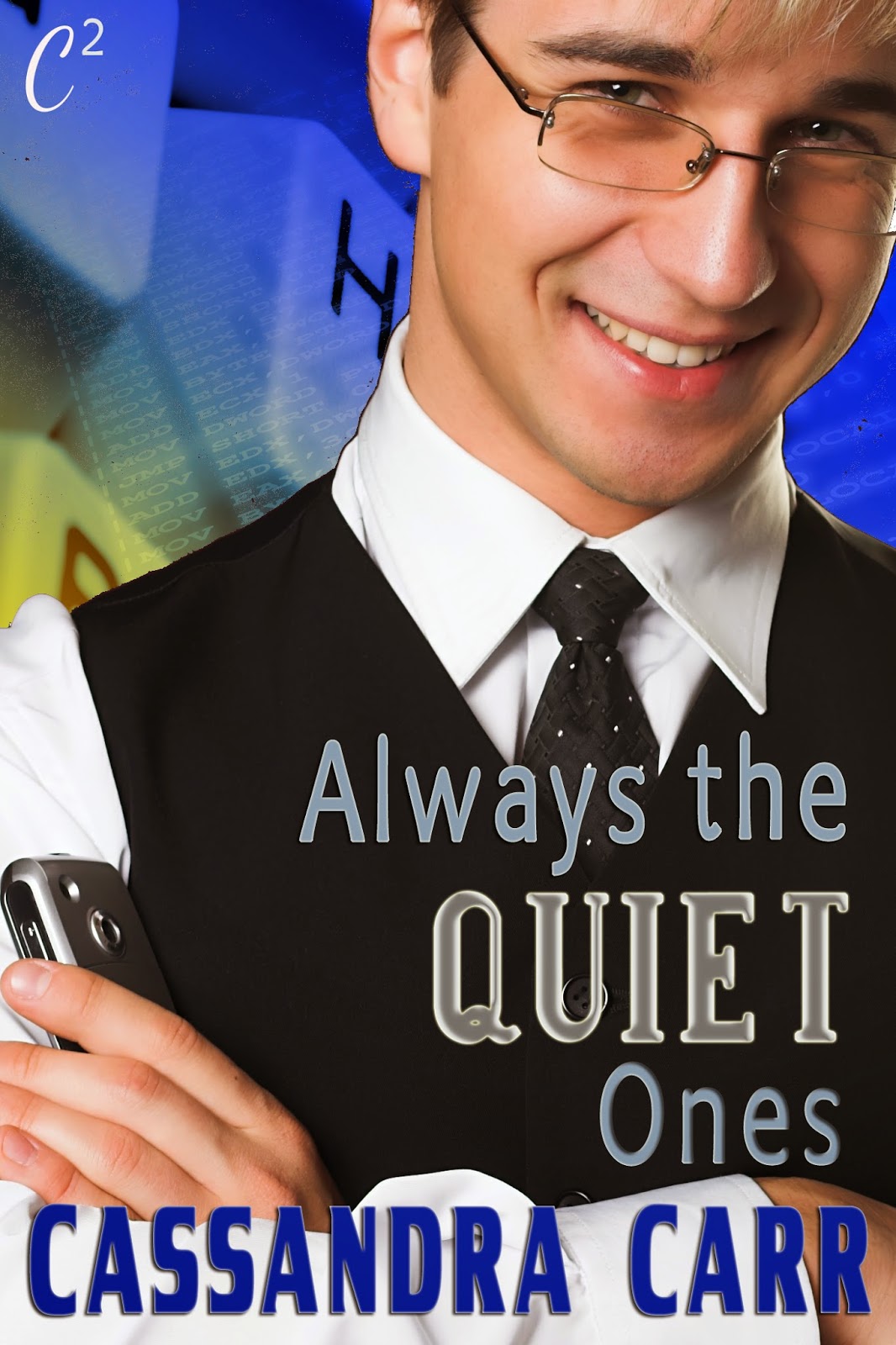 Always the Quiet Ones
By Cassandra Carr

King of the geeks Marty Johnston has a serious crush on his co-worker Elizabeth. The principal IT consultant wants more than just a flirtation, but guilt over a one-night-stand-but-maybe-more Marty had on his last business trip before meeting Elizabeth could cost him his big chance with the girl of his dreams. He’s comfortable dealing with computers, not people. Can he step way outside his comfort zone to sort things out, or will he lose the one he’s falling for?

After paying the bill over Elizabeth’s objections, they walked back to her car. Marty smiled again, wondering what kind of luck rained down on him that she’d parked a good block and a half from the happy hour bar, so they were unlikely to encounter coworkers. She hit the remote and the car beeped, but she didn’t get in immediately, instead turning and leaning on the door.
“I had a great time.”
Marty’s grin got even wider. He’d break his face at this rate. “Me too. Thanks for asking me to dinner.”
“Thanks for paying, even though you really didn’t have to do that.”
“I wanted to.” And he’d do it again and again for the chance to know her better.
She looked up at him from underneath her lashes and he remembered reading in a Maxim magazine on the plane a few months ago that when a girl did that she wanted him to kiss her. Did she want him to kiss her? Did he want to kiss her? Hell yeah, he did.
He bent his head very slowly and gauged her reaction. She didn’t cover her mouth or knee him in the gonads, which he took for a good sign. By the time he brushed his lips over hers his pulse pounded and he hoped his eagerness didn’t, um, display itself too much. She leaned into the kiss and he took it deeper, licking over the seam of her lips and pulling her into him by her hips. Elizabeth’s arms crept around his neck and he felt her go up on tiptoe as her mouth opened for him. A little moan escaped her and he wanted so badly to push her against the car and have his way with her, but didn’t want to scare her either. With reluctance he backed away.
Elizabeth’s lips were swollen from his kisses and her round, firm tits heaved. He needed to get the hell out of there before he took things faster than he’d intended.