Captain Of Her Heart by Barbara Devlin ~ Brethren of the Coast ~ 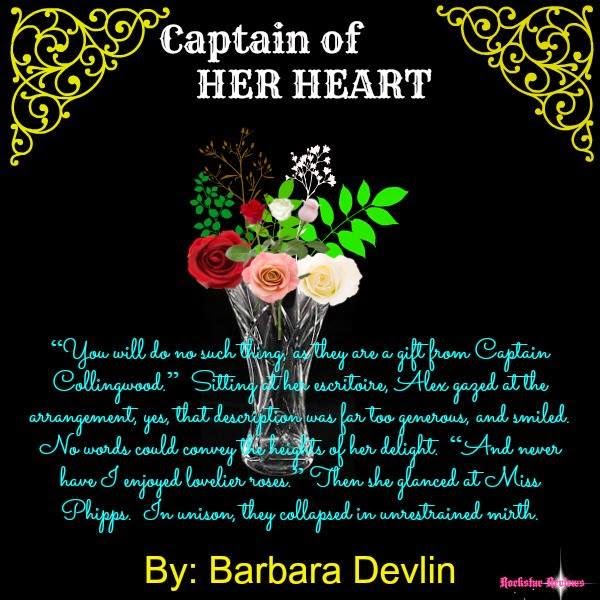 Lady Alexandra Seymour is going after her man.  To make amends for a past deception, when she enlisted her connubial conquest’s aid in a scheme of hearts, she tells newly inducted Nautionnier Knight Jason Collingwood, “I will do anything.”  But she ends up making his bed, instead of warming it.  Still, Alex will not be discouraged, as she vows to meet and surpass his challenge, but will he meet hers?


When Alex arrives in Plymouth, Jason tries to resist the temptation she presents, but the highborn daughter of a duke will not be denied.  As his storm-battered ship is refitted, he mends the rift in his relationship with the woman of his dreams, but war gets in the way, as duty calls. When Jason returns, six months later, hoping to surprise Alex with a proposal, he’s the one in for a shock, and he fears his lady may never again hold him as the captain of her heart. 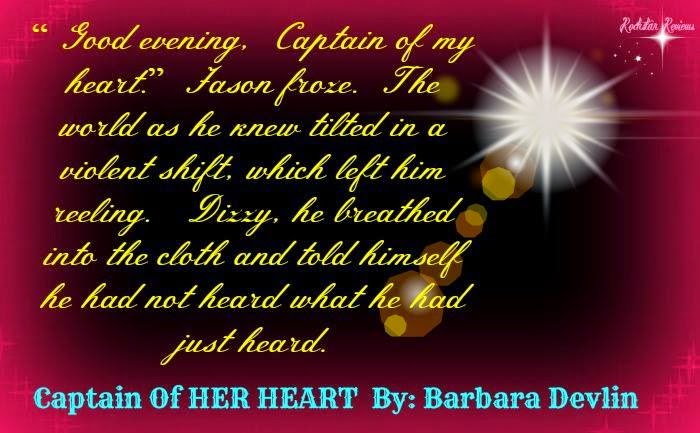 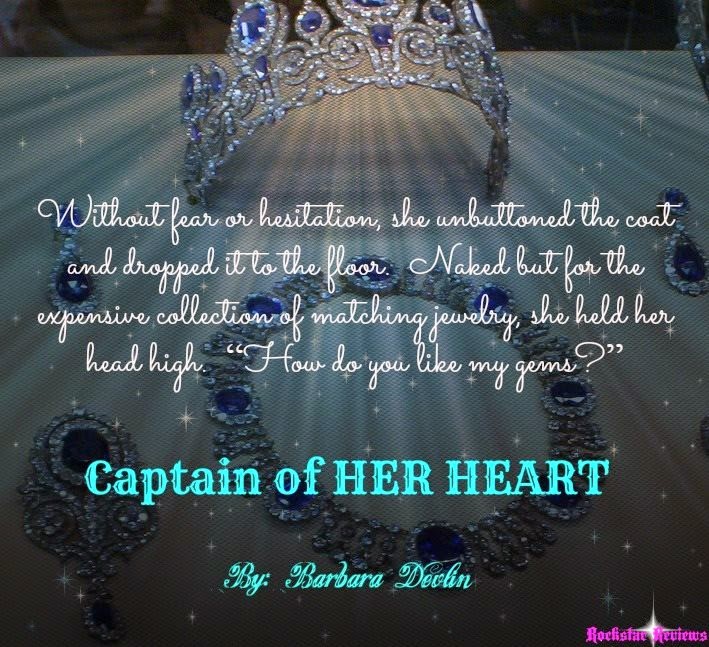