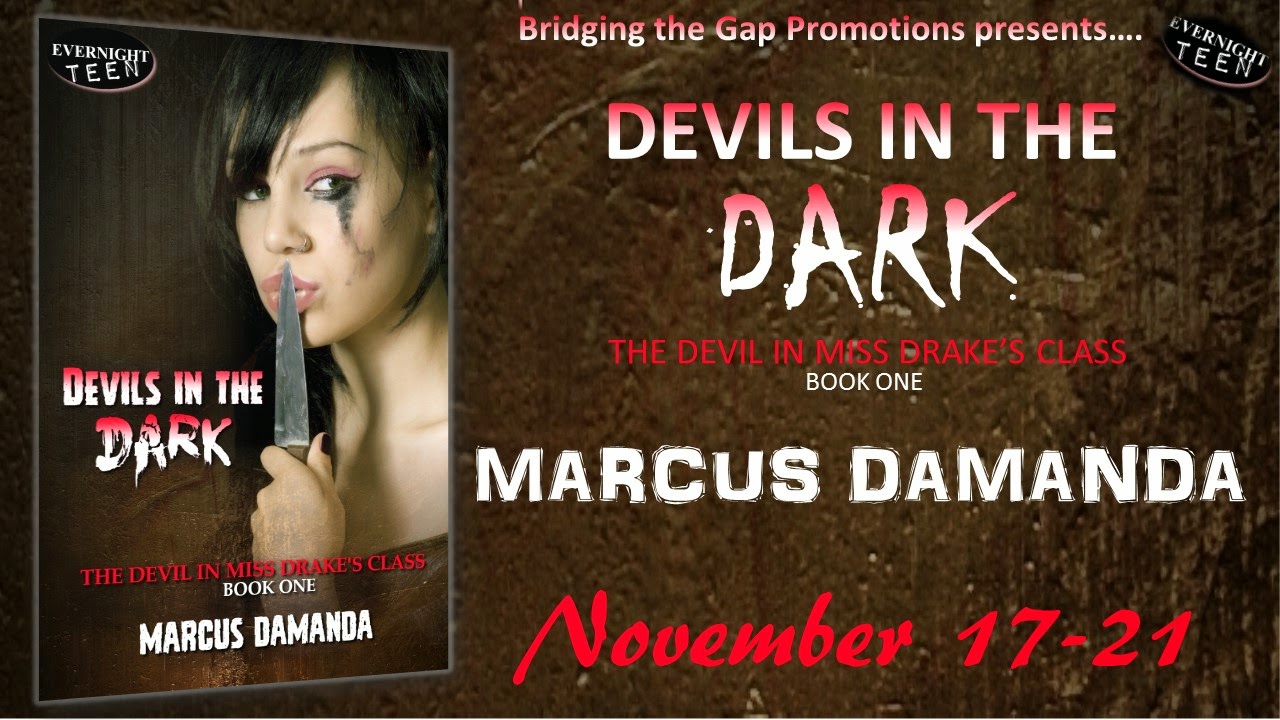 Devils in the Dark
(The Devil in Miss Drake's Class, 1)
By Marcus Damanda

Giveaway:  1 ecopy of Devils in the Dark to a lucky commenter on any of the participating blogs.  So Please be sure to leave a comment below along with your email address.

Hi, Crystal. Thanks so much for inviting me to your blog!

DEVILS IN THE DARK is the first book in a trilogy called THE DEVIL IN MISS DRAKE’S CLASS. After writing nothing but vampire stories for the past ten years, I wanted to try my hand at something dramatic and risky—and, hopefully, lights-out terrifying. I needed real-life issues to be at its core, and for the characters to be people the reader would sympathize with and root for. And so we have Audrey Bales, a fourteen-year-old fringe-dwelling nobody institutionalized for trying to kill herself. She needs to learn to live again, even as the high school bullies who drove her over the edge plot to ruin her eventual homecoming, and even as she’s watched from afar by the ghosts of a thousand other childhood suicides.

What a lot of my readers may not know is that I originally wrote the trilogy all as one book, and DEVILS IN THE DARK was only its first four chapters. When Christine Klocek-Lim (acquisitions editor at Evernight Teen) put forward the idea of cutting it in three, obviously I was hugely excited—the best I had hoped for was a single book contract, and now I essentially had three! But it was also very daunting. Those first four chapters required quite a lot of expansion.

Thankfully, I had the character of Gale Hastings, Audrey’s friend in the hospital, to pull me through. Gale’s the first person to really need Audrey—even as she plays the part of the “strong” one in their friendship—and Audrey ultimately learns, through Gale, that the best way for her to heal herself is to “be there” for other people. Gale was a favorite of those few readers who see my stuff before it’s published. When they heard about Evernight Teen’s plan for a trilogy, I got a loud chorus of “More Gale!” from them. And I obliged.

That friendship, and the growing threat awaiting Audrey back home, is the basis for DEVILS IN THE DARK. It’s still the shortest book of the three (I call it the “little one”), but it is very near and dear to my heart.

In writing it, I drew a lot on my observations of kids at the school where I teach. Cyberbullying is out of control in our society, and we've all seen stories on the news about kids threatening to hurt themselves (or worse) online.

I took that real-life issue and blended it with a freely-invented brainstorm about 1000 avenging ghosts that all occupy a single, twisted body ... Personally, I couldn’t actually say which of those two things I find more horrifying.

To most of the Facebook 15, bullying Audrey Bales was just a game—until two deep cuts with a Swiss army knife changed everything forever. Audrey didn’t want attention anymore. After five weeks at Fairview High School, Audrey wanted to die.

The doctors did the only thing they could with her: they put her away.

But in Fairview, Virginia, the nightmare is only beginning. The chat session had not gone unobserved. The Facebook 15 have drawn the attention of an ancient evil that lives only to punish those who would prey upon the weak.

They are the ghosts of 1,000 dead children—1,000 suicides—and their master…
Their master likes Audrey Bales.

And as Audrey attempts to heal her mind and body, far from home, their master prepares for the revenge he will unleash upon her return. 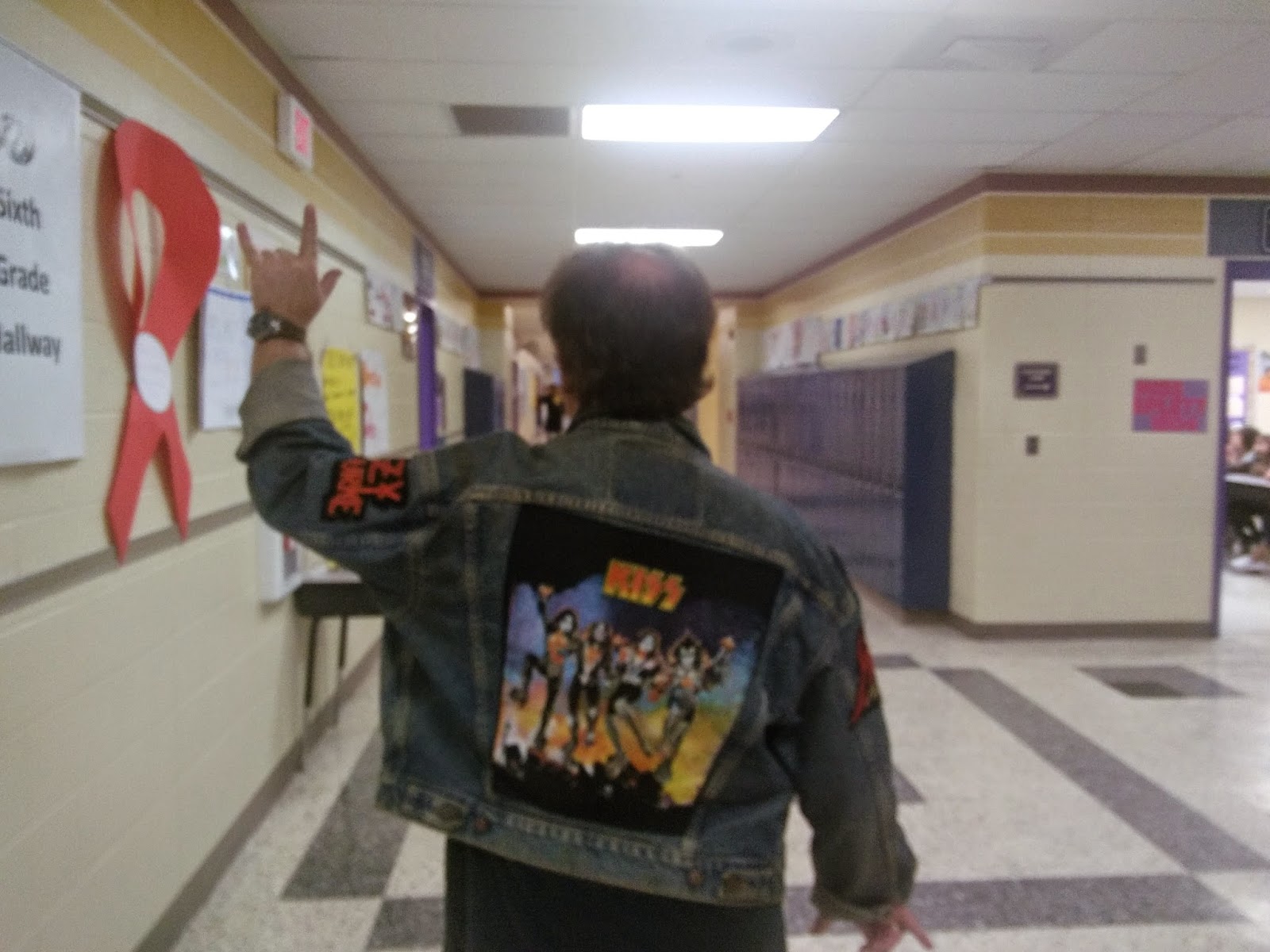 Marcus Damanda lives in Woodbridge, Virginia with his cat, Shazam. At various times throughout his life, he played bass guitar for the garage heavy metal band Mother’s Day, wrote for The Dale City Messenger, and published editorials in The Potomac News and The Freelance Star. Currently, while not plotting his next foray into fictitious suburban mayhem, he spoils his nieces and nephews and teaches middle school English.