The Santa Claus Man: The Rise and Fall of a Jazz Age Con Man and the Invention of Christmas in New York by Alex Palmer

The Santa Claus Man:
The Rise and Fall of a Jazz Age Con Man
and the Invention of Christmas in New York
by Alex Palmer


 Alex will be awarding a $20 Amazon or B/N GC to a randomly drawn winner during the tour. Please use the RaffleCopter below to enter. Remember you may increase your chances of winning by visiting the other tour stops. Those locations may be found here.

Before the charismatic John Duval Gluck, Jr. came along, letters from New York City children to Santa Claus were destroyed, unopened, by the U.S. Post Office. Gluck saw an opportunity, and created the Santa Claus Association. The effort delighted the public, and for 15 years money and gifts flowed to the only group authorized to answer Santa’s mail. Gluck became a Jazz Age celebrity, rubbing shoulders with the era’s movie stars and politicians, and even planned to erect a vast Santa Claus monument in the center of Manhattan — until Gotham’s crusading charity commissioner discovered some dark secrets in Santa’s workshop.

The rise and fall of the Santa Claus Association is a caper both heartwarming and hardboiled, involving stolen art, phony Boy Scouts, a kidnapping, pursuit by the FBI, a Coney Island bullfight, and above all, the thrills and dangers of a wild imagination. It’s also the larger story of how Christmas became the extravagant holiday we celebrate today, from Santa’s early beginnings in New York to the country’s first citywide Christmas tree and Macy’s first grand holiday parade. The Santa Claus Man is a holiday tale with a dark underbelly, and an essential read for lovers of Christmas stories, true crime, and New York City history.

A strange candidate for Santa Claus, Gluck had no children of his own. He was a bachelor, once divorced, and though a member of St. Mark’s Episcopal Church, Gluck was not particularly religious.

The oldest of five brothers, Gluck had lived for two years in Bedford-Stuyvesant, Brooklyn, before his family moved to Westfield, NJ. He described it as a happy home with few wants and where every holiday was a huge deal, especially Christmas, when kind gestures both within the family and toward less-fortunate outsiders were a tradition.

At 5-foot-6, he was the shortest of his brothers by several inches and also the only one losing his hair, for which he began to compensate with a lustrous mustache, maintained with an assortment of combs, brushes, and clippers.

Gluck inherited his father’s custom brokerage business, but, at age 35, he was restless for fame and hungry to do something with his life. Picking up any day’s newspaper or stopping in at one of the movie theaters in Manhattan, one encountered thrilling stories of heroes, self-made men, and adventurers. Gluck sensed he was destined for great things too, to bring delight to the city, help his fellow New Yorkers, and garner himself some public esteem in the process. Santa might offer just the route.

Gluck was a natural showboat, and after the Post Office gave its approvals and he started the “Santa Claus Association,” he proved adept at delighting the reporters who dropped by the headquarters, in the back room of Henkel’s Chop Shop on 36th Street.

When Zoe Beckley, a reporter for the Evening Mail, arrived, Gluck told how children wrote in asking for sleds or dolls and more unusual things. Several children even asked for coal; so cold and desperate were the letter writers that they would consider it a blessing, rather than a punishment for naughtiness, to receive coal in their stockings. Kids addressed letters to Ice Street, Cloudville and Behind the Moon (it would be a few more years before the North Pole was accepted as Santa’s home).

Gluck boasted the process he had devised, drawing on years of exacting customs work, was what really made the Santa Claus Association special. A team of volunteers would go through each letter, flagging any repeats from the same child. If the child described starvation, homelessness or abuse, the volunteer set it in a special stack, which was forwarded to the Public Charities Commission for further investigation.

If the writer asked for excessive gifts or gave some other indication of not really needing Santa’s help, it was set aside in an investigation stack. If the missive passed all inspection — Gluck estimated 70% of them did — the letter was finally ready for a response.

Association members did not actually touch the gifts these children would receive. Each approved letter was sent out to a potential donor — drawn from a list of names and addresses Gluck compiled from his own business along with suggestions made by the association’s directors and volunteers.

Gluck revealed to Beckley something unmentioned to other reporters, a credential that made him almost cosmically qualified to play New York City’s Santa Claus: He had been born on Christmas Day.

“[Gluck] never had a birthday,” Beckley would write after her tour. “He had one of course, in a way. But nobody noticed it because it fell upon the 25th of December. Deeply Master Gluck pondered on this left-handed compliment of fate. He finally decided that while it was tough luck to be done out of birthdays, it would be tougher yet to be done out of Christmas.” 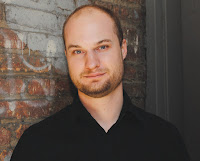 Alex Palmer is the author of The Santa Claus Man: The Rise and Fall of a Jazz Age Con Man and the Invention of Christmas in New York, called "required reading" by the New York Post and "highly readable" by Publishers Weekly.


It tells the history of Christmas in America through the true-crime tale of a Jazz Age hustler who founded an organization to answer children's Santa letters -- and fuel his own dark dreams. Palmer curated an exhibit about this Santa Claus Association for Brooklyn's City Reliquary Museum, earning attention from the Village Voice, Time Out New York, and inspiring a memorable segment on WNYC (http://wny.cc/1bQIx5k).

The son of two teachers, Palmer's love of learning and sharing surprising stories behind familiar subjects has led him to become a secret-history sleuth. In addition to The Santa Claus Man, he is the author of Weird-o-pedia: The Ultimate Collection of Surprising, Strange, and Incredibly Bizarre Facts About (Supposedly) Ordinary Things, published in 2012 by Skyhorse Publishing. it offers up a wealth of unexpected facts of familiar things. His first book, Literary Miscellany: Everything You Always Wanted to Know About Literature, takes a look at some of the more colorful aspects of great writers and their works, and was published in 2010 by Skyhorse.

He is a full-time freelance journalist whose work has appeared in Slate, Rhapsody, Smithsonian, Vulture, the New York Daily News, Publishers Weekly, and The Rumpus, among others.


Posted by Reviews By Crystal at 2:30 AM