$10 Evernight Teen Gift Card will be given away to one randomly chosen winner. Please use the RaffleCopter below to enter. Remember you may increase your chances of winning by visiting the other tour stops. You may find those locations here.

Crystal: Today I have the pleasure of hosting Melissa Frost. Welcome Melissa! I'm so happy to have you here today.  Would you share a little bit about yourself with us today?

Melissa: I live near Pittsburgh Pennsylvania, and fans of my Dating Tutor series surely realize that I am a sports fanatic. I’m a huge Penguins fan. My love for hockey made it enticing to write my rough and tough sports guys like Matt and Alec in the series.
I am also a new mother! My daughter Adalynn just hit the three month mark last weekend. She and my son Marshall are a total blessing. I couldn’t imagine life without them.

Melissa: In this story, I love the scene where Andi sees Devon turn into a werewolf for the first time. It’s that magical moment when everything in her life finally falls into place. But I also enjoyed the scene where Devon took her to the park and made Andi try to catch squirrels with her bare hands. That was such a silly, fun scene.

Melissa: I’m sure the idea of adoption and the “system” were in my head because my husband and I were looking to take in a child whose circumstances were less unfortunate than ours. We attended many parenting classes and learned a great deal about the foster care system. That new knowledge served to be the base and start of this story. And I just had this vision of the first scene with Devon — him standing all cool and sexy in the snow as he stood on the sidewalk waiting for her. The rest just fell into place.

Melissa: I just finished up the fourth installment of my Dating Tutor series. This one will be through Sasha’s point of view. I’m working on going through my own personal edits before I submit it to Evernight Teen. Keep your fingers crossed!

Melissa: With two kids, I laugh at the idea of routine! I write when I can and hope to achieve even just a little bit each day. Nap times are usually my go time.

Melissa: I didn’t do much research for this story. As I mentioned, I was already taking the parenting classes, so it was unintentional research.  I did write a book titled ‘12’ under the name Melissa Hosack that I had to do a great deal of research for. It was about the Mayans end of the world prediction. My husband did a lot of the research for me. We looked through all of the things that could “potentially” happen and I hashed them all out while using proper time zones and information about different cities all around the world. A lot of work went into that one.

Melissa: I have a multitude of authors that I love to read. My current favorite is the White Rabbit Chronicles by Gena Showalter. I read the first book in the series a few months ago (Alice in Zombieland) and I could not put it down. I tore through the first two books in the series. I took a break to read A Dance of Dragons (Game of Thrones) by George R. R. Martin, but I look forward to getting back to Alice!

Melissa: I feel like I’m very diverse in my writing. I’ve done young adult, romance, paranormal, action/adventure, and horror. I haven’t written a full-out historical piece. I’ve had pieces of history in books in series with vampires, but never something set in that timeline. I think it would be fun to write, but it would take a lot of research to make sure I got everything correct. 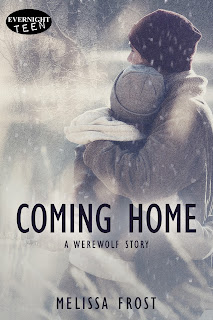 As a foster care child, Andi never stays long in one place. She doesn't have a chance to connect with anyone—until
sexy, blue-eyed Devon walks into her life.

Devon claims to have known her birth parents. He’s even got a photograph to prove it. He shows up offering her everything she could ever want—a friend, a connection to
her family, and answers.

The only problem is Devon’s friendship comes with a few complications attached. There’s the fact that he’s a werewolf, and then there’s the territorial clan out to start a war with Devon’s pack. What started as a simple journey to learn about herself turns into a dangerous road trip that could get her killed.

If she can survive, Andi just might get the answers that have been plaguing her, and she might just fall in love with her new furry pal along the way.

“I’m still not convinced.” She informed him of this in a tone that stated quite clearly
she thought him to be a liar. “You’ll have to try harder than that.”
At her skepticism, Devon gave a grin that could only be described as devilish.
Climbing to his feet, he yanked the zipper down on his coat and shrugged out of
it. He tossed the coat into the snow before lifting his shirt over his head.
As if they had a mind of their own, her eyes drank in the sight of his bare chest. He was
amazingly sculpted, his arm muscles bunching with every movement. His abs, which
appeared rock solid, mirrored the action. He even had an interesting scar along
his left shoulder that only seemed to add to his sex appeal. She cleared her
throat uncomfortably, willing her body to settle down. She didn’t usually get
so affected by boys.
When his hands went to his belt buckle and began unfastening it, she gave a squeak of
objection. “What are you doing? Stop taking your clothes off!”
He grinned over at her. “You wanted to see a werewolf, didn’t you? I’m just obliging.”
“But … but…”
He stripped out of his jeans with ease. “Werewolves aren’t freaked out by nudity, Andi. If you remembered even the slightest bit about your history, you would know that.”
As his briefs came down, her eyes lifted hurriedly to the sky. She gazed at the clouds
as if they were the most intriguing thing in the entire world. Which was a
complete farce. Standing before her was the first naked boy she’d ever been in
the presence of. She desperately wanted to sneak a peek, yet she was too
freaked out by the idea to even lower her gaze a fraction of an inch.
“Sheesh, you’re such a human,” Devon said in complaint. “You’re such a prude that you’re about to miss all the fun.”
Andi scowled, but her gaze was still lifted skyward so she had no idea if he saw her
or not. As she stood awkwardly gazing at the clouds, she realized how absolutely absurd this situation was. She was standing in the entrance to a public park. With a naked boy. In the snow.
“This is so—” Her protests broke off as an odd popping sound filled the air. She couldn’t quite place it, but it felt so familiar. It was a noise she’d heard before, but
she couldn’t remember where.
Her eyes lowered to Devon’s bare shoulders to find them shifting and cracking. His flesh moved in such an unnatural way, she nearly cried out in alarm. Her own hand
pressing to her lips was the only thing that stopped the sound from escaping.
She watched with morbid fascination as Devon’s body repositioned and changed itself into something new. Before her very eyes, his entire being altered, and he
transformed into the shape of a wolf. It took no more than a minute or two, but
the time seemed to stretch on forever.
She witnessed soft puffs of cream fur appear that seemed to burst right out of his
skin. His fingers elongated, the nails growing out into sharp claws. The urge to run lasted a mere second before she was stepping forward in fascination.
Her fingers outstretched toward the furry muzzle that had once been Devon’s nose. She
wasn’t frightened by him in the least. How could she be? He was the wolf! The one she’d seen outside the school staring into her classroom window.
She knew instantly he’d been there for her, watching over her as he awaited their reunion. She bet he had seen it playing out quite differently. Closing her eyes, she allowed her fingers to brush over the soft fur between his ears.
The sensation of it shook her to the core. Her body remembered it, recalled it like
it was yesterday. Werewolf fur. She wasn’t sure if it was his fur in particular that felt so much like home, or if it was werewolf fur in general. Either way, it startled her just how much she longed to be near him in that moment.
Her eyes snapped open, and she stumbled back, unsteady on her feet. This was far too
much to absorb in one afternoon. Her mind was racing, and she didn’t even know
where to begin. As a result, she simply plopped down into the snow, stunned. 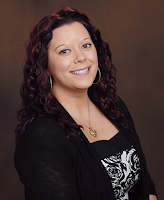 Melissa Frost grew up loving young adult novels and continues to immerse herself in the current authors on the market. In the fifth grade, she won a writing competition to work with children’s author Colleen O'Shaughnessy Mckenna, and it inspired her to write stories of her own. She never looked back.