Crystal: Today I have the pleasure of hosting Yasmin Shiraz today. Welcome Yasmin! I'm so happy to have you here today. Would you share a little bit about yourself with us today?

Yasmin: I'm an author, screenwriter and producer. Though I've written 7 novels, I've ghostwritten several others and have written a couple of non-fiction books. In addition, I've won a couple of awards for my documentary films. I'm a wife and mother and I love yoga, meditation and great friends. The book Loyal is dedicated to the close relationship that I shared with my brother when we were teens. Though it was far from perfect, we were always close.

Yasmin: There is a scene in the book where, for the first time, Khalil realizes he's paralyzed. There is an exchange between him and Tashera that embodies them both sharing fear of the unknown. It speaks to the bond they share and how they both were afraid without any words being exchanged. With my brother and I, we can sense each other feelings sometimes without saying anything. I tried to capture those kinds of emotions in that scene.

Crystal: Where did you come up with the idea for Loyal?

Yasmin: The book is about loyalty. When the first scene came to me, the title came at the same time as did the general flow of the story. I did not search far and wide for the title, it just appeared. The concept of the story was really about telling the fans of Retaliation how Khalil became paralyzed in the first place.

Yasmin: I am currently putting my novels on audio book. I've worked with a vocal coach but narrating my books is quite the challenge. However, new readers have begun to listen to my audio books and I'm getting great feedback. So, I'm so thrilled.

Yasmin: When I have scheduled a project, I stick to a minimum word count per day. On deadline, no matter what happens, I stick to my word counts.

Yasmin: I present teen empowerment workshops, conferences, bookclubs, girls' teas, and rites of passage programs with youth across the country. I also produce documentaries on those subject matters. So, I write stories about issues that I'm familiar with due to my work with teens. The Retaliation series takes place in the inner city and deals with youth and gang violence. My work with teens has allowed me to be up close and personal in that area. In addition, I interview members of law enforcement as well as teachers and community activists in order to make those aspects of this series even more authentic.

Yasmin: I love poetry and so I still re-read the works of Maya Angelou, Paul Lawrence Dunbar but also Antwone Fisher. I love E. Lynn Harris--his prose was so effortlessly beautiful. I love the authenticity of K'wan and the skillful writing of Brandon Massey.

Yasmin: I've never tried to write a vampire story, but as much as I have discovered my recent interest in vampire novels, I probably could write a good one.

When a gang member is shot at a heist, his sister copes with trying to help him heal while he proves his loyalty to his crew. In the prequel to Retaliation, brother and sister, Khalil and Tashera find themselves on different sides of loyalty. Khalil's loyalty to his gang threatens the loyalty he should have to his family. This book illustrates the dynamic between a brother and sister and shows their love, challenges and desire to be there for each other. Loyal, Retaliation and Accused make up the Retaliation Young Adult trilogy. 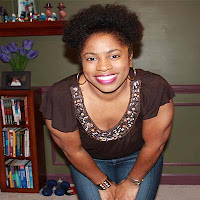 Yasmin Shiraz is an author, filmmaker, speaker and activist. She uses her passion for life to fuel her books, documentaries, speaking engagements and social activities. She’s spoken at over 100 colleges, universities, middle schools and high schools as well as non-profit organizations. She’s an award winning Writer/ Director and enjoys producing work on youth and community issues. By day, she’s the President of Still Eye Rise Media and runs the Yasmin Shiraz website.