When divorced mom Sadie Ford realizes her 17-year-old daughter Scarlett has run away to Paris all she can imagine are terrorist bombings and sex slaves. After learning her daughter chased a French exchange student home, Sadie hops on the next plane in pursuit. She joins forces with the boy’s father, Auguste, and the two attempt to find the missing teens. The chase takes Sadie and Auguste to the seedier side of Marseille, where their own connection is ignited. Since the
divorce, Sadie has devoted herself to raising kids and putting her dreams on hold, but when her daughter needs her most, Sadie finds that concrete barrier to life beginning to crack. In her journey, she learns the difference between watching the hours pass and living.

Paris Runaway is available at Amazon.
Pick up your copy at Barnes & Noble.
Discuss this book at PUYB Virtual Book Club at Goodreads.


I knocked on one apartment door that had a wreath hanging on it. It could still be his
door, I justified. Maybe Monsieur Rollande liked to decorate. Avoiding the
wreath, I rapped my knuckles against the worn wood. Maybe Monsieur Rollande
remarried and his new wife chose the wreath of dark-green leaves topped by lily
of the valley with its tiny white, bell-shaped flowers. When I got no response,
I walked to the door opposite. No wreath and no sounds from within. I knocked
three sharp thumps and waited, but heard no squeaking of the floor as someone
moved toward the door. I sighed. No one home again.

There are worse places to wait, I thought as I heard a louder crack of thunder from outside. The sky had been threatening rain all morning, and apparently the clouds now delivered on
their threat. I imagined myself standing outside the gate without buttons to
push as the rain soaked me through the t-shirt, jeans and thin cardigan.

I assessed the landing where I could be waiting for most of the day. A thick wool rug
covered the floor and a small table fit flush against the wall with a flat
back. The other half curled out in a semi-circle. On the table sat a round
fishbowl with aqua-colored rocks in the bottom. A goldfish swished back and
forth in the dim light. How strange, I thought, as I became entranced
watching the fish make his circles, pausing to open and close his mouth in my
direction a few seconds before swimming around again.

I sank to the floor with my back against the wall, like the little table. I would be able
to hear or see either door if it should open. I might as well rest my tired
feet. I debated undoing those ankle straps. But I decided to simply rub at the
sore spots while leaving the sandals buckled. Who knew when I’d have to make a
dash to catch someone?

I sat where I could gaze at the fish, and his endless rounds made me feel calm. I
could feel my breath becoming slower and deeper. I knew I’d find Scarlett
today; I just needed to be patient. Slow and steady, I told myself as I became
more mesmerized with the striking orange fish.

Suddenly the fish ducked inside one of his faux coral hiding spots. I hadn’t moved or
startled him. I glanced around, moving only my eyes, and I saw the reason for
the fish’s abrupt disappearance.  A
handsome black-and-white cat crawled stealthily up the stairs. His front paws
perched on the top step, and his nose and eyes just peeked between the paws.
The rest of his body must be poised on the stairs below, ready to pounce on the
table and snatch up the fish.

The cat moved only his eyes too, but they found me, and he froze. I was going to ruin
his attempt at breakfast. I smiled. I missed my own cat Puck. His warmth on my
lap, the way his purring could put me into a trance of well-being. This cat on
the stairs seemed to have accepted the fact that an actual person sat in the
stairwell. His eyes locked with mine, and I saw his body relax. He would not
need to pounce after all. He turned to look at the fish bowl, but the wise
goldfish remained hidden.

“It’s okay,” I said. I held out my hand, palm up, toward the cat. “Here, kitty. Come
see me.” I didn’t have anything to offer him, but if he smelled my hand, he
might let me pet him, rub my hand over his soft fur, gain some sort of relief
from contact with another living creature.

“Come on, boy,” I said, making an assumption about his gender. It didn’t matter because
the cat probably didn’t understand English anyway. My voice was soft and
soothing as I tried to coax him. Suddenly, a desire overwhelmed me to hold a
cat on my lap, stroke his soft back, and feel his purr kick in and vibrate
against me. Even a cat that didn’t understand English must sense distress and
want to comfort a human. To feel some sort of release from the past two days
would be such a respite.

“It’s okay; you’re safe,” I said. “Come on.” I had moved from sitting on the floor to
perching on my knees as I held my hand closer to the cat. Suddenly, the cat
streaked past me. I expected it to stop abruptly at the closed door of the
apartment, but it continued to zoom through the legs of a man and down the
hallway beyond. The door stood open now when it had definitely been closed the
whole time I waited.

I looked up from the floor, drinking in the man whose brown leather Lacoste shoes stood
before me. The little alligator near the heel marked them as Lacoste, and I
couldn’t decide if I would adore or detest the pomposity of the shoes.

Brown jeans encased the man’s long legs, and he wore a white broadcloth shirt
unbuttoned at the top. A loose cotton scarf with blue and gold draped loosely
around his neck.

“Are you trying to seduce my cat?” The timbre of his deep voice, still thick with sleep,
mixed with the French accent on the English words sent a quiver through me. His
words sounded like a promise and a warning.

“Seduce?” My voice rose at the end of the word and came out like an irritating crow’s
caw, in comparison to his smooth accent.

I jumped to my feet, feeling the blush rise from the v of my t-shirt up my neck to my
face. “Bonjour,” I mumbled, not quite meeting his eyes. I couldn’t believe he’d
seen me talking to the cat – so naked and vulnerable. This man observed me
being, well, me.

I remembered why I sat on his doorstep as I turned toward him. “I’m looking for
Monsieur Rollande.”

“That is me,” he said, in his slight French accent. A little thrill and relief suddenly
washed over me.

“Oh, Monsieur Rollande, I’m so pleased to meet you. I’m looking for your son, Luc. I
think my daughter Scarlett is with him, at least, I hope she is. She ran away
from home. In Florida … in the United States. She said she was going to stay
with her dad, but then he called, and he hadn’t seen her, and she had these
strange charges on her credit card, and we found out she had flown to Paris to
follow Luc, and I hadn’t even ever met Luc, so I had no idea. I just got on a
plane and came right here, but I couldn’t find anyone at your wife’s apartment,
I mean, your ex-wife, I guess, and I’ve been so afraid.”

Monsieur Rollande reached a hand forward and put it on my arm to stop my ramble. His
firm hand against my bicep steadied me, like the vibrating cat purr I had
imagined. I took a deep breath. I couldn’t collapse.

“Come inside,” he said. And if the situation were reversed, I didn’t know if I would
have invited this crazy lady in, the one talking to cats and watching goldfish
and then chattering a mile a minute about sons and flights and runaway
daughters.

But he led me into his apartment. We stood just inside the entrance in a hallway that had
doors to the left and right.

“It will be okay,” he said. And his words buoyed me, making me think that maybe it all would be fine, as if I had shifted part of my worry about Scarlett somewhere
else. And then, before I could blink them away, tears started to drip from my
eyes faster than I could keep up with them.

“I’m so sorry,” I said mopping at my face. “I don’t know why I’m crying. I’ve just been
so worried, and I haven’t had anyone to help me find her.” I took a deep, shuddering
breath and resolved to both stop talking and stop crying.

“Come. Here is the toilet. Go refresh yourself, then we will talk.”

And his description was literal. The long narrow room held a toilet and a sink along
with a mirror on the wall. No windows. No decorative pictures. No ornamental
doilies on the toilet tank. I blew my nose into some toilet paper and dabbed at
the tracks of tears along my face.

I inhaled deeply to get control. “I am getting closer to finding Scarlett,” I told myself
in the mirror. 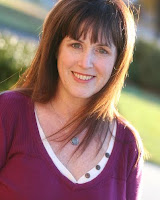 Paulita Kincer has an M.A. in journalism from American University. She has traveled to France 11 times, and still finds more to lure her back.

She currently teaches college English and lives in Columbus, Ohio, with her three children, two cats and one husband.

Her latest book is the women’s fiction, Paris Runaway. 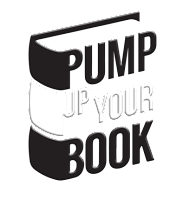