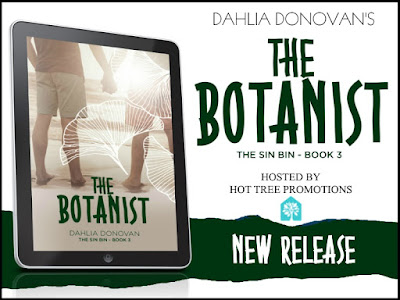 The Botanist
Series: The Sin Bin, Book 3
By Dahlia Donovan

Wyatt “Earp” Hardy is a US Navy SEAL. His life begins and ends with those two words. He readily risks himself for the men under his command. Trouble is—he can’t live for them during a time when military policy weighs heavily on who he is.

Researching for his master’s thesis, botanist Aled Demers’s life is about to unravel. One torturous nightmare run-in with drug runners leaves him permanently scarred. He knows he’s lucky to be alive after being rescued by a group of SEALs, but suffering from PTSD takes its toll.

The SEAL and the botanist come from different worlds, but one rescue links them together. Can Aled recover enough strength to risk his heart? Will Wyatt’s leaving the navy force him to reassess more than just his career choices?

The Botanist is a short story introducing two key members to The Sin Bin series.

Buy Links:
ONLY 99 CENTS
Amazon: http://amzn.to/2weT7QY
All other links: books2read.com/botanist 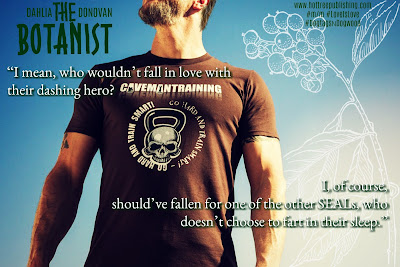