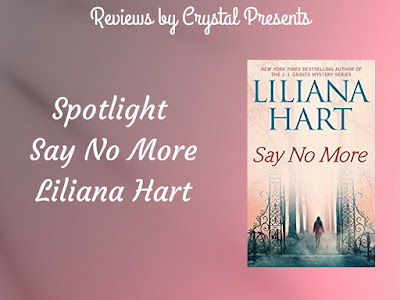 Return to New York Times and USA TODAY bestselling author Liliana Hart’s romantic suspense series, the Gravediggers, with SAY NO MORE, the thrilling game of cat and mouse between a member of the Gravediggers and the brilliant woman hot on his heels.

The Gravediggers aren’t exactly what they seem. They’re the most elite of the world’s fighting forces—and all they have in common is that they’ve been betrayed by the countries they’ve died for. Because they are dead. To their country, their military, and their families. Sometimes the dead do rise…

Dante Malcolm is a man of refined tastes. He was once a part of Britain’s elite intelligence force, but his double life eventually caught up with him. There was a reason he’d never been able to capture Simon Locke, a notorious thief who always seemed to be one step ahead. Dante was Simon, and eventually his extracurricular activities cost him his life, and he now belongs to the Gravediggers.

Liv Rothschild is a detective inspector with Interpol and the woman responsible for catching M16’s most notorious agent in his final heist—the heist that killed him. But something about his death has never sat right with her, and she’s been haunted by it for months. It was too easy, and Dante Malcolm was too smart to go down that way.

Dante might belong to the Gravediggers, but his heart and soul will always belong to the next job—each one with a bigger payout and more dangerous than the last. The rest of the team doesn’t know about his alter ego, because he made sure the information went missing from his file. So when the job he’s waited his whole life for seems like a possibility, he sneaks out of the country like a thief in the night, only to run into the one woman who’s ever been able to match him in brilliance—and passion—for the job. The problem is they’re standing on opposite sides of the law—and only one of them can walk away with the prize. 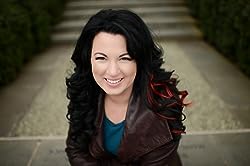 Liliana Hart is a New York Times, USA Today, and Publishers Weekly bestselling author of more than forty titles, including the Addison Holmes Whiskey and J.J. Graves Mystery series. Since self-publishing in June 2011, Liliana has sold more than four million ebooks. She’s hit the #1 spot on lists all over the world, and all three of her series have appeared on the New York Times bestseller list. Liliana is a sought-after speaker who’s given keynote speeches and self-publishing workshops to standing-room-only crowds from CA to NYC to London. Visit LilianaHart.com, facebook.com/lilianahartauthor, twitter.com/Liliana_Hart.
Posted by Reviews By Crystal at 1:16 AM