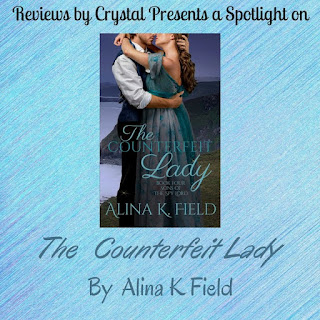 About The Counterfeit Lady:

Vowing she’ll never submit to an arranged marriage, an earl’s daughter bolts for the remote seaside cottage that should be hers upon marriage.

But instead of a quiet respite from her controlling family, she finds her refuge occupied by the last man she ever wants to see again—an American artist, who’s also a thief.

And quite possibly one of her father’s spies.

This story includes a rebellious heroine, a determined spy, a meddling father, a vicious villain, a cast of free-thinking free-traders and possibly a ghost or two!

“Lady Perpetua.”
Her lungs froze. Fox had opened that door soundlessly.
Chestnut shuddered and shifted around, nostrils sucking in the air that Perry couldn’t seem to find.
She sensed him moving through the dark and mustered a breath. “Go away. I’ll not ride away in my nightclothes.”
His dark form appeared next to her, silent and hulking.
Chestnut looked him over, remembering. She flicked her tail and nosed his hand.
“Traitor,” Perry muttered.
Fox didn’t laugh. His hand, that large hand with its long fingers, slid over the horse, stroking and soothing, the action pulling the warmth through her own flesh, soothing the hair on her neck and the tension behind her eyes.
She straightened her shoulders. “You’ve no doubt come to tell me again how dangerous it is here. How I shouldn’t be out in the stables at night.”
“It is dangerous, my lady.”
His lady. The words stirred her tension into a hot knot of unshed tears. She swallowed them back and made herself snort. “Ah, yes. Dangerous country. Smugglers and such.”
“You shouldn’t make light of it.”
“I don’t. I’m not unprotected. I have my knives and my pistols.”
“Would you use them?”
“I’ve been tempted to use them on you several times this night.”
His hand stopped. “Lady Perpetua, your government is cracking down on smugglers. Desperate men do desperate things. There is but one of you and many of them.”
“There’s a riding officer in these parts. There’s a baronet justice of the peace down the road. I will look them up if there is trouble.”
“And if they’re part of the smuggling organization?”
Her mind froze around the idea.
But of course. She was not so naive that she shouldn’t have realized—smuggling corrupted all of the locals. Though in all fairness, the smuggling in these parts had not been on her mind at all when she came here.
Fox pulled both of her hands into his. She dropped her gaze to them. “They won’t bother me. I am the daughter of the powerful Earl of Shaldon.”
He tensed at that and when he spoke his words were a scold. “They could make you disappear and no one would know. You ran away, didn’t you? You left London without telling anyone where you were going.”
“I wasn’t in London. Charley married. I was at his home in Yorkshire.”
“He will be frantic.”
She almost laughed. “You don’t know Charley, do you? And even if he were the type to worry, he thinks I’m visiting a friend.”
“So, you see. No one would know.”
Anger rippled through her and tightened her chest. “You would know, Fox. You would know. Unless you’re also part of it.”
“What if they’d killed me?”
She pulled her hands away. “No. You’re not going to muddle me again. I’m not leaving.”
He moved closer, towering over her. “No matter whose daughter you are, it’s not safe here for a beautiful young woman—”
“Stop.” She slapped his hands away. Chestnut sidestepped, and Perry took a breath. “I am simply one woman. One spinster well on the shelf. Not young, and not beautiful.”
“You are beautiful.” He clipped out the words, harshly, but those strong, long fingers curled over her shoulders, working their artist’s magic, sending tendrils of bright-colored feeling streaming into her, as if he could flick his brush and make her handsomer than God had made her.
She tried to swallow against a sudden dryness. She knew the truth. “Long Meg.” She breathed deeply. “Horse Face. Bluestocking. Ape Lead—”
His lips pressed to hers and for a moment she couldn’t find air. He used that moment, pulled her closer, flattened all of her against hard muscles, wrapped her in his long arms. His hands cradled her, his fingers dancing and doing things to her neck and her back that sent her nerves spinning. She sobbed, caught a breath, opened her mouth against his, and surrendered. 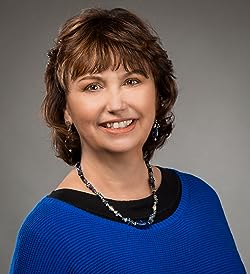 Award winning author Alina K. Field earned a Bachelor of Arts Degree in English and German literature, but her true passion is the much happier world of romance fiction. Though her roots are in the Midwestern U.S., after six very, very, very cold years in Chicago, she moved to Southern California and hasn’t looked back. She shares a midcentury home with her husband, her spunky, blonde, rescued terrier, and the blue-eyed cat who conned his way in for dinner one day and decided the food was too good to leave.

Posted by Reviews By Crystal at 1:48 AM