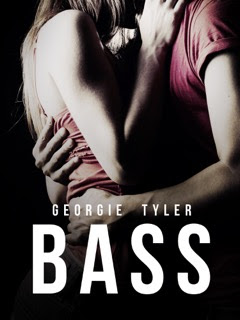 In a nightclub called HellFire, things are bound to get hot.

When a girl is gruesomely murdered after a night clubbing at notorious nightspot HellFire, it hits too close to home for the club's bewitching house DJ, Elizabeth Jones. Already shaken, she must make sure of her
priorities when the victim's sexy ex-boyfriend Kurt starts asking questions.

Kurt Roberts is convinced that someone at HellFire knows something about the murder, and has embarked on a personal crusade to find justice. But Kurt has entered a world not his own – a dangerous, savage world, where drugs and money drive people to violence and extortion. The only beacon of light? Elizabeth Jones, mesmerizing clubbers with her music and Kurt with her looks.

Trusting men doesn't come easily to Elizabeth, and Kurt isn't too ready to trust her either. The murder only makes them more hesitant, but they can't help but be drawn to each other. For the first time in their
lives, neither can tell which of their instincts is right.

What secrets did Kurt's dead girlfriend keep from him? And what doesn't Elizabeth know about the club she calls home? With their eyes locked on each other, they may not see the danger until it's too late.

Romance is what I read.
Romance is what I write.
Romance is what I love.
A mother of three busy children and an English teacher wasn’t enough of a workload for me, a suburban housewife from Sydney, Australia. I wanted more. I wanted to be an author. For many years I thought it was pie in the sky dreaming until one day I sat my butt down and began to write. Really write.
It’s been a steep learning curve at times but with the support of my loving husband and children, family and friends along with the readers who have joined me on this journey, I’m having way too much fun to ever stop!