MAISY AND THE MONEY MARAUDER by Elizabeth Woodrum ~ The Maisy Files ~

MAISY AND THE MONEY MARAUDER
The Maisy Files
by Elizabeth Woodrum


Elizabeth will award a $10 Amazon/BN GC to randomly drawn commenter. Please use the RaffleCopter below to enter. Remember you may increase your chances of winning by visiting the other tour stops. You may find those locations here.


NOTE:  This is the second book in the series The Maisy Files.The first book, Maisy and the Missing Mice, is only 99 cents. Both books in The Maisy Files are available for free as part of a Kindle Unlimited subscription or the Kindle Owners Lending Library programs.

Maisy is back! Lunch money has been stolen at West Valley Elementary, and everyone's favorite fourth-grade detective in on the case. With a cherry lollipop in hand, her fedora, and her trusty notebook, Maisy steps into her black and white mystery world to search for clues. Join Maisy on her quest to unmask a thief in Maisy and the Money Marauder.

Shadows danced across Maisy’s face in the dim light. Dramatic music filled her bedroom, and she reached for the popcorn bowl without moving her eyes from her little TV screen.  It was a tense moment in one of her favorite old mystery movies.  The villain was about to be caught.  Maisy knew that the detective would soon march out from a shadowy corner and catch the bad guy.  He would be wearing a long trench coat and a fedora hat.  He’d sound so impressive when he demanded that the villain, a sneaky looking robber named Vinny, turn himself in, that Vinny would have no choice but to give up.  But, Maisy was still on edge while she watched the scene unfold.

She was curled up with her favorite pup, Reesie, snuggled under the blanket beside her.  As soon as Maisy had turned off the lights and started the movie, the little dog had nudged the pillows with her nose to show that she wanted under the covers.  Maisy had complied with her request and tossed the pillows to the floor, so that she could scurry under the fluffy, purple comforter.  Now, Maisy reached over and patted the lump that was the tiny dog.

The movie wasn’t very scary.  After all, it was old and in black and white.  Movies like that were not scary at all compared to some movies made today.  But, still, Maisy loved the stories and detectives in the old movies so much that she couldn’t help but be drawn into them every time she watched one.  She felt a little better having her dog there with her.

Suddenly, the moment she had been anticipating was on the screen. The detective smoothly arrived on the scene and, after a little scuffle, took control.  Vinny gave in and put his hands up to show he would go quietly.  Maisy relaxed and munched the last bits of her popcorn. As she sighed in relief, a little nose popped out from under the purple covers.  It was soon followed by the sweet face of a little black and brown terrier-mix. One of her ears was flopped over, and she stretched her mouth wide in a huge yawn. Apparently, Maisy had disturbed Reesie’s slumber.  The pup crawled around and finally settled herself on Maisy’s lap.  She plopped her head down with a sigh and fell back asleep.  She didn’t even notice as Maisy shook her head and laughed. 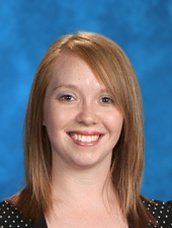 Elizabeth Woodrum has been a teacher for thirteen years. She came to love writing when she was in elementary school, but more recently began writing material for use in her classroom. From that writing, grew the desire to write books for the general population of children and adults alike. The Maisy Files, a children's series, is the first series that she has published.

As a reader, Elizabeth prefers the fantasy genre, but she enjoys realistic fiction as well. Some of her favorite authors include JK Rowling, Rick Riordan, Veronica Roth, Suzanne Collins, and Nicholas Sparks.

Originally from Indiana, Elizabeth currently lives in Ohio with her two pets: a cat named Butterscotch and a dog named Reese Cup.