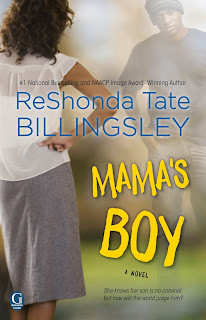 A novel as timely as today’s headlines.

When her son is in trouble, a heartbroken mother finds the courage and faith to save him, in ReShonda Tate Billingsley’s powerful family drama MAMA’S BOY—a novel as timely as today’s headlines.

The breaking TV news rocks Jasper, Texas, to the core: a white police officer is fatally shot in a scuffle with three black youths—and a cellphone video captures Jamal Jones, the sixteen-year-old son of esteemed Reverend Elton Jones, escalating the tragic encounter.  Now, as the national spotlight shines on a town already rife with racial tension, Jamal is a murder suspect on the run. And all of Jasper—even the reverend’s congregation—rushes to judge the teen they thought they knew.

But Gloria Jones knows her son best, and she races to find Jamal before the law does—to the outrage of her workaholic husband. Once she finds him, she has to decide whether to turn him in or help him run. With ruthless prosecutor and Houston mayoral candidate Kay Christensen hungering to put another young thug behind bars, Gloria will face her biggest battle yet. And when long-hidden secrets and shocking lies come to light, throwing Jamal’s case and his destiny into a tailspin, all Gloria can do is pray that the truth—and a mother’s unconditional love—will be enough to redeem the mistakes of the past and, ultimately, save her son.

MAMA’S BOY will have readers engrossed in thoughts of what they would do if facing the same situation, and inevitably having the conversation with others—a page-turner and conversation-starter all in one.

~*~*~*~*~*~*~*~
“…There’s plenty of top storytelling to keep pages turning. Her authentic portrayal of the fear an African American mother endures when her son is captured by police makes this a timely novel that belongs in all urban fiction collections.”
—Library Journal, Starred Review and PICK OF THE MONTH

“This is an outstanding story that handles every mother’s nightmare from multiple views while addressing one of society’s deepest controversies. The real emotions in this story caused this reader to finish the book in one sitting. The end was like watching a cliffhanger that one did not see coming!”
—RT, Four and a Half Starred Review and TOP PICK! 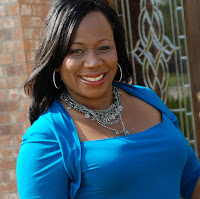 ReShonda Tate Billingsley is the national bestselling author of 35+ books. Her sophomore novel, Let the Church Say Amen, has been made into a movie, directed by actress Regina King and produced by Queen Latifah's Flavor Unit Productions. Let the Church Say Amen will premiere on BET on August 30, 2015. ReShonda’s entire Amen series, as well as the novel I Know I’ve Been Changed, has been optioned by BET, and she recently secured a deal with TV One to bring two more of her books to film in the fall of 2016. ReShonda is a winner of the NAACP Image Award for Outstanding Literature for her book, Say Amen, Again, and she was subsequently nominated for her book, The Secret She Kept. An Arkansas native, ReShonda is proud to have been inducted into the Arkansas Black Hall of Fame.
In 2014, ReShonda co-founded Brown Girls Books, a boutique publishing company aimed at producing quality books from fresh voices and fan favorites. A proud University of Texas at Austin graduate, ReShonda is an active member of Alpha Kappa Alpha Sorority, Inc. and Jack and Jill of America. She is the wife of Dr. Miron Billingsley, a vice chancellor at North Carolina Central University, and the mother of three children.

The four books that will be made into BET movies areLet the Church Say Amen, Everybody Say Amen, and Say Amen, Again, (winner of the NAACP Image Award for Outstanding Literary Work), and I Know I’ve Been Changed.  The two books TV One will premiere are The Secret She Kept and The Devil is a Lie in 2016.