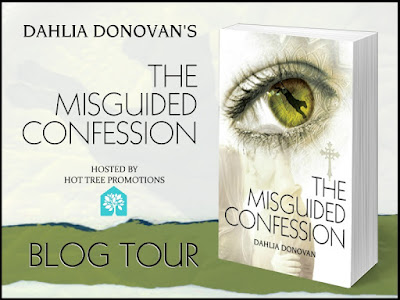 The Misguided Confession
By Dahlia Donovan

Elaine Gibbs has been defined by other people’s words for much of her life: autistic, shifter, adopted, genius, Royal Marine. She has spent a year having her entire world spun around and just when she hopes things have stabilised, a zealot threatens everything she holds dear, including her life.

Alim Kader grew up knowing his family’s expectations and is required to fall in line. Life, however, threw him a massive surprise in the body of the most fascinating woman he has ever known. Now if he could only convince her that his sole desire is to stand beside her, not rescue her.

Will love be enough for two people from different worlds to brave a storm of evil and come through the other side unscathed? 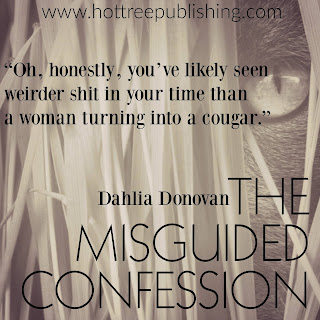 An exhausted Alim had been bouncing from country to country, sorting out issues with several of their family businesses. He’d returned to London feeling utterly spent and decided to head out of the city to the estate he owned in Kent.

He’d missed Elaine. They’d been together steadily since their Christmas tea. Each date had further cemented his desire to have her in his life.

It had started out with meals after work or the occasional weekend excursion. Elaine disliked crowds, a fact that made dating complicated. He’d gone so far as to book out an entire convention as a surprise for Valentine’s Day.

The little quirks of Elaine’s tended to make others uncomfortable around her. Alim found them charming. It dragged him deeper into love than he’d ever imagined possible.

Travelling for an extended period had only reinforced it for him. He hadn’t been satisfied with phone conversations, particularly when Elaine hated them. Their attachment to each other had grown until they were far too intertwined to be apart for long. His niece, Alicia, had escaped to his home, but she wouldn’t mind him returning there. The house itself was large enough to allow her whatever privacy she wanted. Alim had no doubts Josh Withers would be with her. The man never seemed to leave his niece alone these days.

Striding through the front doors the butler opened for him, Alim paused at what sounded like an immensely large animal racing through one of the nearby rooms. He frowned at his butler, then froze at the loud roar that echoed through the mansion. His heart started to race while he grabbed one of the hunting rifles from a nearby cupboard and ran in the direction of the roar.

Alim stopped short when his niece darted in front of what had to be the largest panther he could ever recall seeing. “Alicia?”

“You can’t shoot him, Uncle.” Alicia rested a hand lightly on top of the animal’s head.
“Him?” Alim frowned at her with the weapon held tightly in his hand. “Did Minxie suddenly grow while I was away?”

Alicia laughed behind her hand for several minutes while the panther made what sounded like a grumbling sort of snarl. “Play nicely, Joshua.”

“Joshua?” Alim stumbled backwards as the dots started to connect in his mind. His arm fell to his side letting the weapon point harmlessly towards the floor. “How is this even possible? Is this a joke? I am not amused, Alicia.” 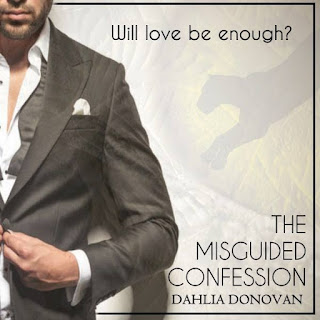 Dahlia Donovan started out working in the insurance world. After ten years, she morphed her love of investigating accidents and studying people into writing about them. She's a bit of a hermit and despises being in front of a camera. Her life wouldn't be complete without her husband and her massive collection of books and video games.

Posted by Reviews By Crystal at 2:03 AM