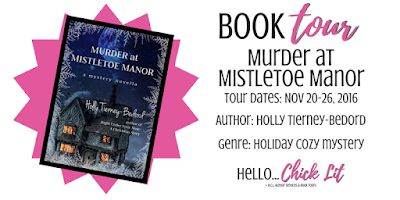 Klarinda Snow is the innkeeper of a beautiful, historic bed and breakfast in Windy Pines, Idaho. Guests come to Mistletoe Manor to escape from their troubles while enjoying the scenic mountain town.
When all seven rooms of the inn get booked on a Tuesday night in December, Klarinda is excited about having so much business, but a little confused as well. After all, her inn normally isn’t exactly a destination hotspot.
The guests have barely settled in before strange things begin happening. Is this the most accident prone group of travelers ever, or is someone out for revenge? 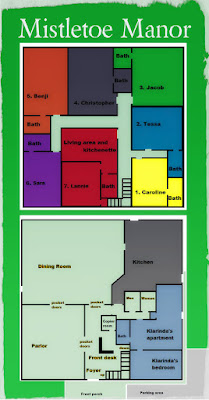 Holly Tierney-Bedord is the author of over a dozen books. She lives in Madison, Wisconsin with her husband Bill and their dog Tyler.