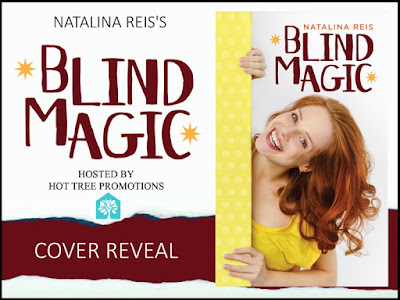 Marcy has never been in love. But when Oliver Dawson walks into her store, she falls head over heels. Unable to shake the feeling that she and Oliver were made for each other, for the first time in her life, the quirky witch considers casting a love spell for herself.

Oliver’s life is turned upside down when he’s shot and almost killed. Even though events haven’t been kind to the sexy police detective, he’s determined to make the best of his situation. But still, nothing could have prepared him for feisty Marcy breaking down his defenses, nor the healing tea that leaves him gagging.

Unconventional and hell-bent on getting her man, the little witch soon weaves her magic and captures his heart. He’s more than willing to give it to her, but when faced with his painful and turbulent past, neither are sure they’ll get their happily ever after. 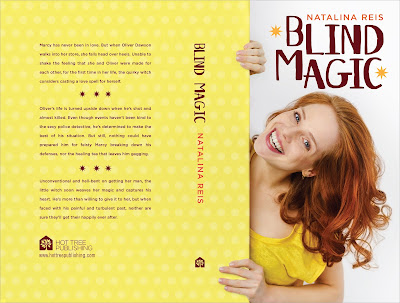 PREORDER FOR HALF PRICE
Amazon links coming soon
All others: books2read.com/blindmagic 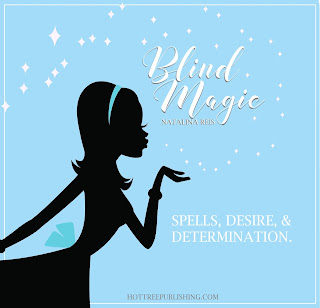 Author of We Will Always Have the Closet, Desert Jewel, and Loved You Always, Natalina wrote her first romance in collaboration with her best friend at the age of 13. Since then she has ventured into other genres, but romance is first and foremost in almost everything she writes.

After earning a degree in tourism and foreign languages, she worked as a tourist guide in her native Portugal for a short time before moving to the United States. She lived in three continents and a few islands, and her knack for languages and linguistics led her to a master’s degree in education. She lives in Virginia where she has taught English as a Second Language to elementary school children for more years than she cares to admit.

Natalina doesn’t believe you can have too many books or too much coffee. Art and dance make her happy and she is pretty sure she could survive on lobster and bananas alone. When she is not writing or stressing over lesson plans, she shares her life with her husband and two adult sons.