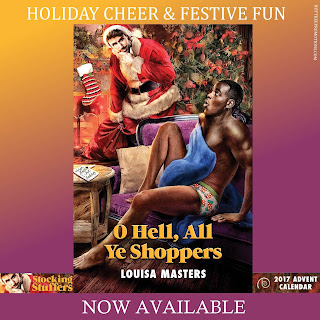 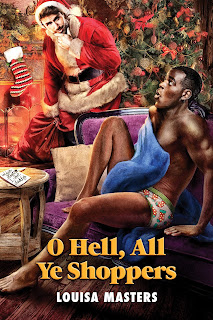 Ethan Hall plans to fill Saturday, December 23, with junk food and bad TV, a day just for him amid the holiday chaos… until his baby sister calls and begs him to go collect a present for her. At the biggest shopping center in Australia. On the busiest shopping day of the year. Hell no. Right?

Ethan’s soft heart gets the best of him. He battles through the parking lot, and in the main shopping concourse, he’s trampled, elbowed, and bombarded with terrible holiday music. Then he enters hell itself, a specialty store aimed at women… where he meets Ty. They bond in a sea of estrogen and manic shoppers, fighting together to attain freedom, only to find they’re not quite ready go their separate ways. 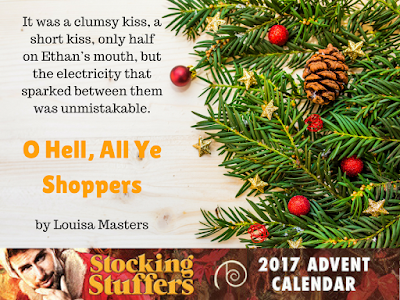 
“Guess she doesn’t want to wait,” said a voice, and Ethan turned to the man who’d come up beside him. He’d never seen the guy before in his life, but right then, surrounded by women and female crap that made no sense, it was like discovering a long-lost brother.
He looked at the guy properly. A really hot, blond-haired, green-eyed long-lost brother whom he wouldn’t mind getting to know better.
“Guess not,” he said lamely, then followed it up with, “I’m really glad to not be the only man here.”
The stranger grinned. “Does that mean you’ll wait until I’m done so I don’t have to be the only man here?”
Ethan gulped. The guy was sexy and all, but was he really worth hanging around in this… this…. He couldn’t even think of a word to describe the hell he was in.
Hot Guy tilted his head and smiled, and Ethan caved. He hadn’t had sex in six months. A guy smiling at him was worth an extra few minutes in purgatory.


Louisa has a long list of places first discovered in books that she wants to visit, and every so often she overcomes her loathing of jet lag and takes a trip that charges her imagination. She lives in Melbourne, Australia, where she whines about the weather for most of the year while secretly admitting she’ll probably never move.
FACEBOOK I AMAZON I WEBSITE 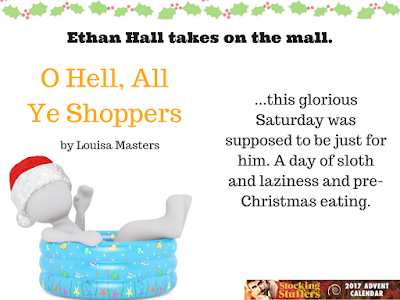 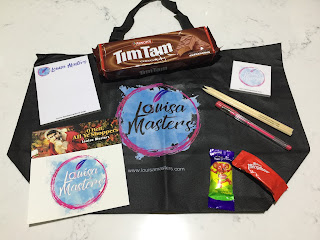 Posted by Reviews By Crystal at 1:55 AM

Email ThisBlogThis!Share to TwitterShare to FacebookShare to Pinterest
Labels: @HotTreePromos