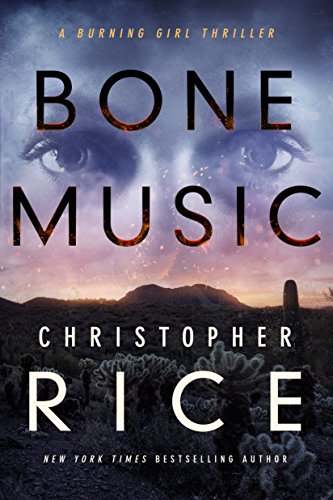 About the Book:
There’s more than one way to stoke the flames of revenge…
Charlotte Rowe spent the first seven years of her life in the hands of the only parents she knew—a pair of serial killers who murdered her mother and tried to shape Charlotte in their own twisted image. If only the nightmare had ended when she was rescued. Instead, her real father exploited her tabloid-ready story for fame and profit—until Charlotte finally broke free from her ghoulish past and fled. Just when she thinks she has buried her personal hell forever, Charlotte is swept into a frightening new ordeal. Secretly dosed with an experimental drug, she’s endowed with a shocking new power—but pursued by a treacherous corporation desperate to control her.
Except from now on, if anybody is going to control Charlotte, it’s going to be Charlotte herself. She’s determined to use the extraordinary ability she now possesses to fight the kind of evil that shattered her life—by drawing a serial killer out from the shadows to face the righteous fury of a victim turned avenger.

WOW! Bone Music is one spin tingling thriller that had me on the edge of my seat and at times reading through my fingers. This is my first time reading anything by Christopher Rice. I have to say he has a way with a thriller that is for sure.

Charlotte is a character that you can't help but cheer on. This poor young lady has been through one horrific experience after another. Now she is set and determined to take down the bad so no one has to live with what she went through.

Bone Music is a promising start to a new series that I think anyone that enjoys a good thriller of a read is going to enjoy immensely.

I was given the opportunity to read this thrilling story and it has been my great pleasure to share my thoughts with you.


About the Author:
Christopher Rice is the recipient of the Lambda Literary Award and is the New York Times bestselling author of A Density of Souls and the Bram Stoker Award finalists The Heavens Rise and The Vines. He is the head writer and an executive producer of The Vampire Chronicles, a television show based on the bestselling novels by his mother, Anne Rice. Together they penned Ramses the Damned: The Passion of Cleopatra. With his best friend, New York Times bestselling novelist Eric Shaw Quinn, Christopher hosts the YouTube channel The Dinner Party Show with Christopher Rice and Eric Shaw Quinn (#TDPS). He lives in West Hollywood, California. Visit him at www.christopherricebooks.com.
Posted by Reviews By Crystal at 1:44 AM