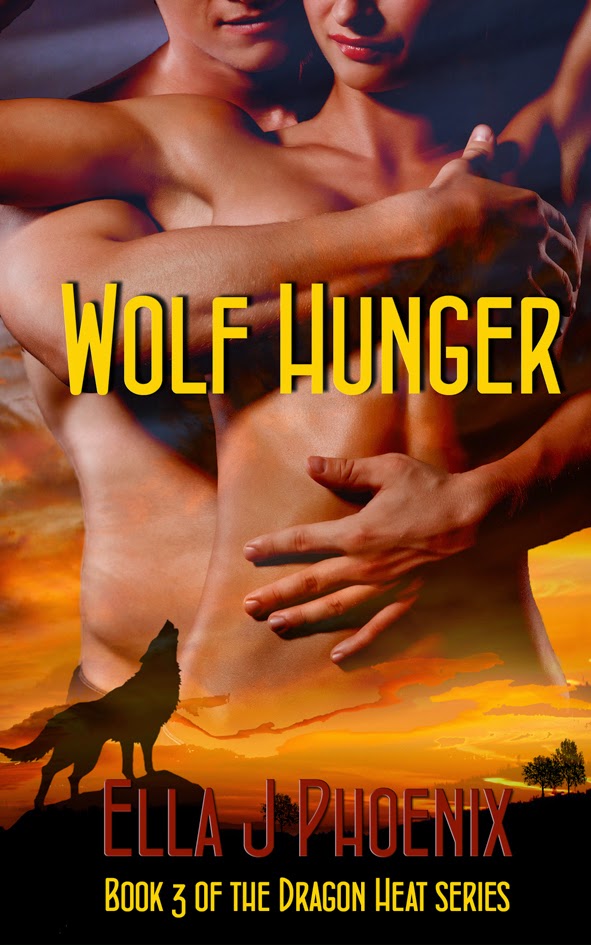 Ella is offering a ebook of Wolf Hunger to two commenters. Please be sure to leave a comment below along with your email address so you may be contacted if you are the lucky winner.

When the last box of deadly bullets is stolen, the hunt is on and the Vampire King’s band of fighters is set for the challenge of recovering it. But Yara, the shifter-witch, has other problems to face.  She must help her leader to overcome the strange illness that has befallen her before it’s too late. For that, she must go back to the only place she swore never to return – her home land.
Rafe is a typical lone wolf who spends his nights earning his bucks in the fighting ring. When he was offered a pardon for his debts in exchange for the Vampire King’s head, he didn’t even blink, thinking it would be a hard mission but not impossible. He just wasn’t expecting the saucy shifter-witch to cross his path and ruin his plans. Now, he can’t get her out of his mind and the clock is ticking for him to make good on his word.
This is the third novel of the Dragon Heat series – a paranormal lover’s delight with vampires, shifters, dragons, witches, bathed in magic.
***Warning: this novel contains hot, steamy, descriptive sexual scenes. Enjoy.***