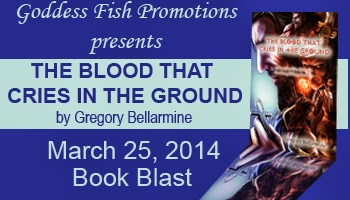 The Blood That Cries in the Ground
by Gregory Bellarmine


Gregory will be awarding a $10 Amazon GC to a randomly drawn commenter during the tour. Please use the RaffleCopter below to enter. Also to increase your chances of winning please be sure to visit the other tour stops. You may find those locations here... http://goddessfishpromotions.blogspot.com/2014/02/virtual-book-blast-tour-blood-that.html
~~~~~~~~~~~~~

Italy. A tough master of novices, Father Dante encounters the bold young priest Antonio who challenges his identity and accuses him of being the Saint Nicholas. But despite the Father faking his death, a determined Antonio discovers a rather alive Dante arrayed in kilt and armor.
In return for Antonio’s silence—and to protect the town from attracting all manner of darkness—Dante agrees to tell his life story. Without explanation, Dante orders Antonio to meet him at night in the abandoned Cathedral, the site of a former battle that the Church has kept secret for a generation.

From the Dark Ages’ when Poet-Sorcerers ruled kings, to the Holy Land when a new civilization was rising, to Revolutionary France where love is lost and gained, Father Dante pursues the one responsible for both his master and his mother’s deaths: Black Peter, his brother.

From effulgent smoke came forth a dark man of such height that his head grazed the broken frame. Straight jet hair fell to his narrow waist, and from each hip hung a curved, empty scabbard. The flaming scimitars crackled in his gauntleted fists.

Liquid fire burned in eyes that rejected fear. Garbed in shades of black, from hose and metal gloves to chest armor, the intruder moved forward like a shadow stealing across a barren heath. He hovered a dangerous pace from the midwife. And when he spoke, though his breath had the scent of lilacs his voice had the timbre of fine-tuned rage:

"I thank you graceful Lady for your months of natal torture, and I do hope that in time you forgive what will surely cause you terrible grief." His fiery stare fell on the child cradled in the midwife's arms. "I can't tell you how happy I am to see you again. The husk is different." He sniffed the air. "But the vapors, they're yours."

The midwife shook her head, rose from her stool, and fished inside her skirt pockets. Swiftly the intruder brought down one of his scimitars to sever the umbilical cord. 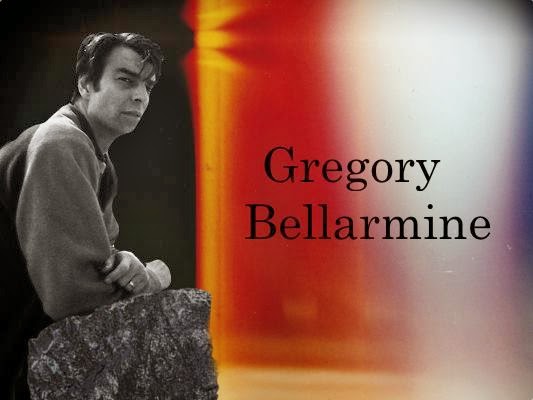 Gregory Bellarmine is the author of the bestselling Monthly Roman Breviary. He lives a happy though sometimes sleepless life in the UK with his wife, two children and rather cheeky Parson Russell Terrier.

“The Blood That Cries in the Ground will grab the reader by the throat with a death grip from which it is impossible to break free.” -Reviewed by Bil Howard for Readers' Favorite

Link to the full review: http://readersfavorite.com/book-review/13394