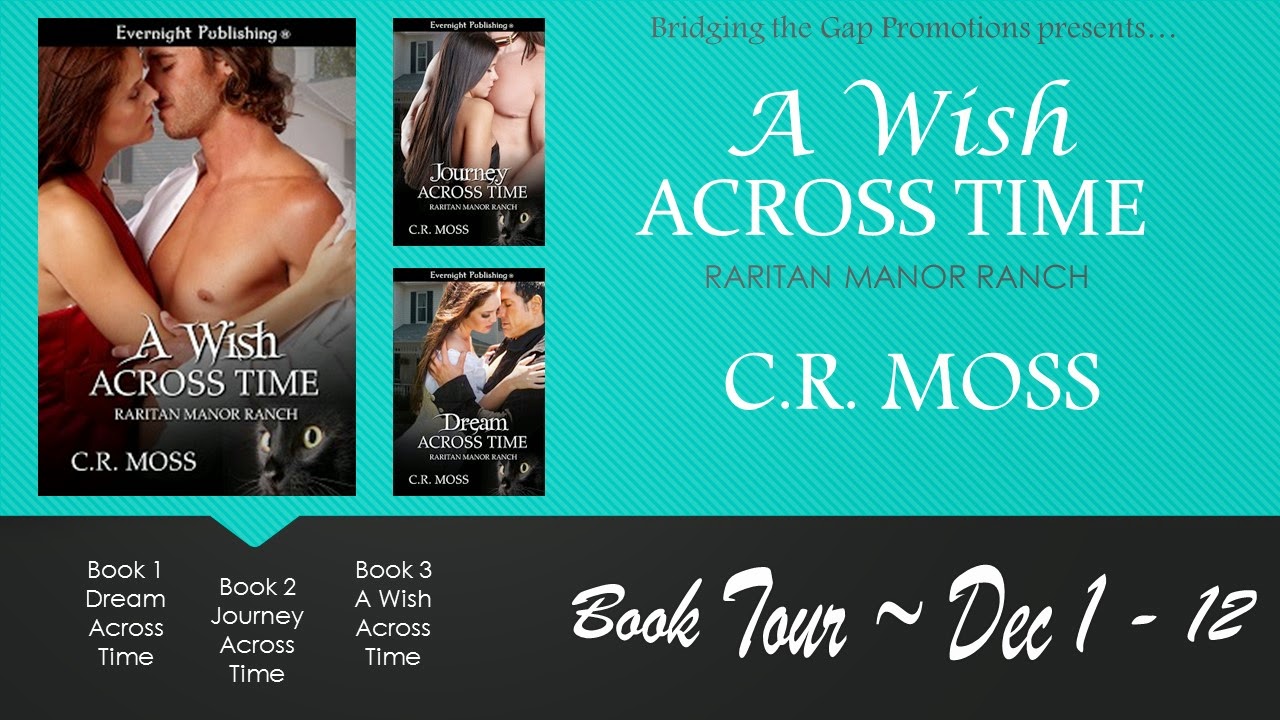 Giveaway:
$10 Amazon or B&N Gift Card. Please enter via the RaffleCopter below.

Crystal: Today I have the pleasure to ask C.R. Moss a few questions. Welcome! I'm so happy to have you here today. Would you share a little bit about yourself with us today?

C.R. Moss: During a lovemaking scene: She felt so alive, so connected to the earth and sky. It was as if she could touch the universe, feel the heat of the stars, burn hot and fast like the cosmic rays just by being with Ryan.

C.R. Moss: Many years ago in a state far away (Texas at that time), I started to write romance. Before that, I’d been into writing horror. Still am, but that’s a tale for another day under my other pen name. Anyway, at that time, I came up with ideas for a few stories that revolved around a particular family and a matchmaking cat who all lived in New Jersey. New Jersey is where I’d been born (even more years ago) and raised. Not sure what the exact inspiration for the books in this series is anymore. It’s been so long.

C.R. Moss: Not really. I know, boring answer, but it just depends upon how I’m feeling when I sit down to write.

C.R. Moss: For parts of the books in the series so far, I had to do some research. The history for the time travel parts. The crystals and spells for A Wish Across Time. Moldavite, one of my favorite kinds of crystals, is considered to be the stone known as "The Holy Grail Stone."

C.R. Moss: I’ve thought about a bunch of other genres, but if I don’t feel I’d be able to do a genre justice, I tend to shy away from it. That’s not to say I won’t ever write in a new genre, though. ;)

A woman once shunned. A man now changed. There’s a thin line between love and hate.

When Wiccan practitioner Cassandra VanAlder encounters a man from her past who’d broken her heart, she casts some spells to help herself while wishing karma would deal out some payback. The spells turn against her, and before she knows it, she finds herself falling for him again.

Ryan Keene finds Cassandra enchanting and feels he’s met her somewhere before. She and her best friend, Debi, won’t give him any clues as to her identity. He loves challenges and doesn't plan to back off from her until he finds the answers he seeks. He's told he has three dates to win her over.
Will she close off her heart or will she allow herself to feel again?

Moments later, he jerked out and away from her, then pulled her up from the floor. In a quick turn, he spun and thrust her back against the wall. His mouth claimed hers with unapologetic force. He fumbled with the fastens of her jeans, then when they were undone, tugged the material down her legs.
“Commando, huh?” Not letting her answer, he positioned his head between her legs and swept his tongue over her pussy.
Fleeting imaginings of her family and friends coming home and being welcomed by the sight of her and Ryan fucking at the foot of the stairs danced through her mind. If it happened, so be it. Getting caught only added to the heightened state of arousal she was already in.
His tongue and fingers stroked her. Her heartbeat sped up, as did her breathing. He seemed to have mastered the technique of cunnilingus if the way her nerves caught fire and flamed up from her pussy to the rest of her body were any indication. She panted. She clasped his head, ready to feel an orgasm rip through her body.
He stopped, stood, and reached into his back pocket. He pulled out his wallet, and from it, the all too familiar foil packet. Ryan held it up. “Yes?”
“Yes.” She nodded as well to emphasize the point.
In a few quick motions, he had himself sheathed and pressed up against her body. “You are one sexy lady. Anyone ever tell you that?”
She bobbed her head again and guided his cock into her pussy.
“Put your legs around me,” he demanded.
Supported by the wall and his hands on her ass, she wrapped one leg then the other around him and found the position to be quite enjoyable. Ryan pumped into her as he kissed and sucked her shoulder. She rode him, feeling the sexual energy build between them.
Her ex had never been so passionate. In fact, their lovemaking had been so normal and ordinary he never would have considered taking her up against a wall, and especially not in a location where they could get caught. It was nice being with a man who exuded confidence and gave into desire, even if it was Ryan.

A woman in love. A ghost in need. A man possessed.
Evelyn Sheridan is in love with Raritan Manor Ranch’s resident ghost, Quinn, but can only experience his embrace in her dreams.

Quinn VanAlder, who doesn’t realize he’s a ghost, loves Eve and wishes she’d stop saying they can’t be together.
While at the ranch, Alex VanAlder arrives for a visit, and Evelyn’s hopes rise. Perhaps she will be able to have a real relationship after all. Alex, though, has no interest in Evelyn. Yet, every time the house cat, Myrddin, comes around, Alex feels like a man possessed and wants Eve with a passion.
Caught between loving a ghost and putting up with a man who can’t make up his mind, Evelyn is at a loss. Can the magic of the ranch help Evelyn to stop being caught between two worlds?

There is magic on the ranch...
A woman examining life. A man on a quest. Time restores his spirit and her love.
Trent, a man in the past on a mission to discover where he belongs, embarks on a spiritual journey. His spirit guide, to his dismay, is a frisky feline named Myrddin. During a ritual, the cat brings the soul searcher forward into Julie VanAlder’s world.
Julie is attracted to the newcomer on the ranch, but his strange mannerisms and speech dictate she use caution, especially when she learns where he’s from. A botched relationship, supposed time travel, spiritual mumbo jumbo…it’s almost too much for Julie to take.
Can Trent make her believe in destiny and win her love before it’s too late? 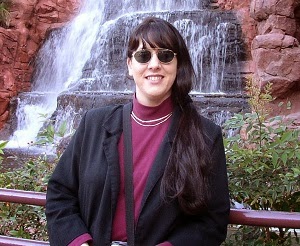 An eccentric and eclectic writer, C.R. Moss pens stories for the mainstream and erotic romance markets, giving readers Worlds of Possibilities.
More about C.R. Moss:
So what does she write? She writes stories from the light and sweet to the dark and deadly with varying degrees of sexual heat. Writing as C.R. Moss gives her and her muses the freedom to explore worlds of possibilities when it comes to love. And where does the tag line “Love & Lust in the Wild West” fit in? Well, for one, she lives in NV. Two, her stories take place, either in part or in full, in and around the Las Vegas area. In fact, even this website sports “a look of home.” The background picture was taken in an area just a few miles west of Las Vegas and happens to be the inspiration for the setting of the Double D Ranch Tales saga.
She also has a passion for penning dark fiction. Writing under the name Casey Moss allows her to slate other stories under Horror ~ Paranormal ~ Suspense ~ Thriller ~ Urban Fantasy.  Visit: http://caseymossbooks.com/