Giveaway! Dana has so generously offered a ecopy of Reluctant Concubine  to one lucky commenter. So please leave a comment below for your chance to win. If you use facebook it might be nice to stop by Dana's Facebook Page and show her a little love. Remember to leave me your email address or someway to contact you if you are the lucky winner :) 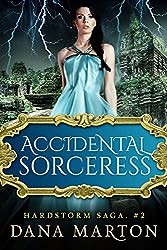 Tera, a powerful healer, travels with her beloved warrior, the High Lord Batumar, on a secret mission to forge alliances to stop the bloodthirsty Emperor Drakhar. Surviving vicious pirates, slave traders, and an ancient enemy of dark power is only the beginning. The journey brings Tera unimaginable hardships and loss, testing her spirit and heart as she gathers her own allies and fulfills her destiny. Adding a tiger and a wraith as companions on her journey, Tera struggles to survive with her wits and healing skills while protecting her light from the dark power that seeks to claim her.

“The splendor of the author’s vision cannot be overlooked.” RT Book Review 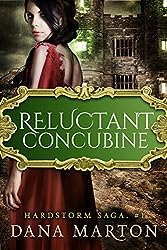 -- Please note that this is an updated edition of the book previously titled "The Third Scroll". "A terrific epic fantasy ~ magical, compelling, and romantic!" Susan Mallery, NEW YORK TIMES bestselling author "It's impressively easy to become immersed in Marton's fantasy world. Readers will find it impossible not to care what happens next..."Kirkus Review An ambitious, vividly imagined epic fantasy. Marton has created a promising and immersive world that is, at the same time, darkly brutal... the splendor of the author's vision cannot be overlooked." RT Book Reviews To escape punishment, Tera, a maiden healer sold to barbarians must hide the truth: she has not yet come into her healing powers. Born into a much gentler world, she struggles to survive in a land of savage warlords and their cruel concubines. When ancient prophecies begin to come to pass, can the healer-slave save the realm and awaken the High Lord’s heart? "I ADORED.. (the hero). From his initial appearance and those gentle words of promise that no harm would come to...(the heroine), to his accepting manner of all that was her, to his tenderness shown when a barrier for which he waited so patiently to fold was finally crossed. He has to be one of my favourite male counterparts I've read in a while. LOVE him." Bookaroo-Ju Review "The writing is just beautiful. It flows sometimes like water. I don't know how else to describe it other than to say i enjoyed how it felt reading it." 5 out of 5 Modokker Book Pick Stars For anyone who enjoyed the fantasy worlds of George Martin's Game of Thrones, C.L. Wilson's Lord of the Fading Lands, Elizabeth Vaughan's Warprize, or the memorably crafted healer heroines in Jean Auel's Clan of the Cave Bear and Diana Gabaldon's Outlander series, THE THIRD SCROLL is the next epic adventure to get lost in. 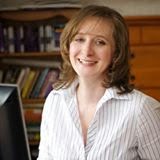 New York Times and USA Today bestselling author Dana Marton has thrilled and entertained millions of readers around the globe with her fast-paced stories about strong women and honorable men who fight side by side for justice and survival.
Kirkus Reviews calls her writing “compelling and honest.” RT Book Review Magazine said, “Marton knows what makes a hero…her characters are sure to become reader favorites.” Her writing has been acclaimed by critics, called, “gripping,” “intense and chilling,” “full of action,” “a thrilling adventure,” and wholeheartedly recommended to readers. Dana is the winner of the Daphne du Maurier Award of Excellence, the Readers’ Choice Award, and Best Intrigue, among other awards. Her book, TALL, DARK, AND LETHAL was nominated for the prestigious Rita Award. DEATHSCAPE reached the #1 spot on Amazon’s Romantic Suspense Bestseller list.
Dana has a Master’s degree in Writing Popular Fiction, and is continuously studying the art and craft of writing, attending several workshops, seminars and conferences each year. Her number one goal is to bring the best books she possibly can to her readers.
Keeping in touch with readers is Dana’s favorite part of being an author. Please connect with her via her web site (www.danamarton.com) or her Facebook page (www.facebook.com/danamarton).
Having lived around the world, Dana currently creates her compelling stories in a small and lovely little town in Pennsylvania. The fictional town of her bestselling Broslin Creek series is based on her real life home where she fights her addictions to reading, garage sales, coffee and chocolate. If you know a good twelve-step program to help her with any of that, she’d be interested in hearing about it!

***Visit Dana’s website to read the first chapters of her books!

When wealthy American businessman Glenn Danning goes missing in Venezuela, investigator Miranda Soto volunteers to track him down. It’s her first assignment for the Civilian Personnel Recovery Unit, but this mission is about more than salvaging the remnants of her shattered military career. Glenn was Miranda’s best friend and first lover, and she’ll do anything to save him from danger…especially since she just lost everything that mattered to her.
Glenn barely survived being kidnapped and tortured as a suspected spy, but the shock of seeing Miranda again gives him a new lease on life. Their still-simmering attraction grows hotter as the couple races through the treacherous jungle. Determined to reach safe ground, they must stay alive long enough to stop the terrifying enemy who still hunts Glenn. And even if they survive, Miranda’s dark past could jeopardize their future together…

Link to My Review

#1  DEATHWATCH
The only person who can identify the most notorious hit man in the country, Kate Bridges is running for her life. Murphy Dolan is in the Army Reserves, returning from his 2nd tour of duty, only to find a stranger hiding in his house. She's scared spitless. He's completely burned-out on violence. Neither of them has any trust left to give.

#2  DEATHSCAPE
After a near-death experience, artist Ashley Price is compelled to paint visions of the dead, and fears she's gone crazy. Then she paints a man buried alive and, recognizing the surroundings, she rushes to save him. Instead of being grateful to her for rescuing him, Detective Jack Sullivan accuses her of being in league with a serial killer. He swears he will put her behind bars. Except, the more time he spends with her, the more he falls under her spell. Can he trust her, or is he walking into another deadly trap?

#3  DEATHTRAP
She'd been "the sick girl" for most of her life. She refused to go straight to "the weird girl". Heart-transplant recipient Sophie Curtis has been in her own antiseptic bubble for so long, she just might not be able to venture out into the real world again. Her spooky body memories are scary enough, but then she finds herself in the cross hairs of a killer.
Amazon
Barnes & Noble
iBooks
Kobo

#4   DEATHBLOW
Former small-town football hero turned cop, Joe Kessler never met a linebacker, perp, or a woman he couldn't handle. Then a troubled single mom walks into his life, and the only place this hot jock will ever see 'easy' again is in the dictionary.

Link to my Review

#5   BROSLIN BRIDE
Luanne Mayfair might have killed her boss a little. Fine, a lot. Pretty much all the way. Okay, it sounds bad when you say it like that. But he was a sleazebag. Honest. The maids at the Mushroom Mile Motel that Earl Cosgrove managed often prayed for lightning to strike the lecherous bastard. Alas, God had seen fit to send Luanne instead.

Link to my Review
Kindle US
Kindle UK
AppleNook Kobo

#6   DEATHWISH
Officer Gabriella Maria Flores desperately needs a big win to save her career. A case that proves that she has her act together, something non-controversial to make people forget the recent scandal she's been involved in. Instead, the murder she catches couldn't be more high-profile, the number one suspect her boss's brother. Means, motive, opportunity--check. And open-and-shut case, if she's ever seen one. But then, instead of arresting the suspect, why is she falling in love with him?

Link to my Review

GUARDIAN AGENT
A commando unit on the trail of a rogue soldier.
A determined young woman who will sacrifice anything to save her brother.
Recognizing one of the hunters as her teenage crush is definitely a shock to her system. Can she convince him that her brother was framed? Can she stop from falling in love with him all over again?

AVENGING AGENT
An undercover U.S. agent on a deadly mission.
A troublesome beauty surrounded by danger in a war-torn country.
They couldn't be more different, but soon they must rely on each other to stay alive, uncovering a diabolical plot that could claim both of their lives.

WARRIOR AGENT
An undercover agent who has been tirelessly working for months to bring down a corrupt congressman. When the man’s goons capture him and lock him up, he knows they can’t afford to leave him alive.
His only chance at escape is the congressman’s new security guard, a damaged woman, freshly back from the war. He expects he’ll have to either manipulate her into setting him free or kill her.
He doesn’t expect to fall in love with her.