Q: What was the most challenging part of writing Deadly Silence?
A: Even though Deadly Silence is the first book in a spinoff series from the Sin Brother series, it needed to stand on its own for accounts as well as new readers.  So the challenge was creating a whole new world while still incorporating the Sin Brother world and some of the characters without overwhelming a brand new reader with what came before.  It took several drafts and tweaking, but I think we accomplished it in a way that will appeal to fans of the earlier series as well as new fans.

Q:  Can you tell us more about The Lost Bastards Investigative Agency?  How as it started?
A: The three heroes in the Blood Brother series were thrown together in a horrible boy’s home as kids, and they were lost until they found each other.  They each have a piece of their own past they want to track down, yet they’re fine with their new created family.  They were lost, and now they aren’t, so they create the detective agency to find the lost for other people while still investigating their pasts.

Q: What’s one thing that you enjoy most about writing?
A: There are so many good things about this job; it’s hard to pick just one.  I like wearing yoga pants to work, I like creating worlds, and I like meeting with fans who are struck by the characters.  Editorially, I just love the first chapter of a book when anything can happen and there are no limits.

Q: Jaws or Jurassic Park?
A: Fun question!  Well, I’d go with Jaws for the dialogue and overall story, and Jurassic Park (the new one) because of Chris Pratt without his shirt on.

Q: What are your writing habits?
A: My habits include comfy socks, coffee or tea, and music playing all the time.  Each book has its own playlist, and I’m fine sharing those, but usually people are confused.  Many times the songs don’t have much to do with the book itself.  I like the tone or rhythm or just the song and will listen as I write.  I have found that if a book seems slow and I play a fast song, the pace instantly picks up as I write.

Q: You are in a bookstore.  Where do you head first?
A: I head right to the new releases and see what’s out and what I need to read right away.  Then I stroll through all the shelves looking for something new to catch my eye.  I love bookstores.

Q: Is there a genre you haven’t written that you would like to try?
A: I imagine this question is like tossing a cat into a car wash.  Authors love to write, and I think there’s no limit to that.  I’d love to write a thriller, a legal thriller, a middle grade series, a sci phi book…

Q: Did you have to do a lot of research?
A: I always do some research.  For Deadly Silence, I looked into the Dark Web, current communication possibilities, and genetic manipulation.  It’s all so fascinating, really!

Q:  How do you keep your writing different from all the others that write in this particular genre?
A: I’m not sure how to answer this except to say that everyone has a different voice.  We’re automatically different from each other.  I will say that I do take a moment and think…okay.  If this usually happens, let’s go a different direction completely.  That’s a lot of fun, actually. 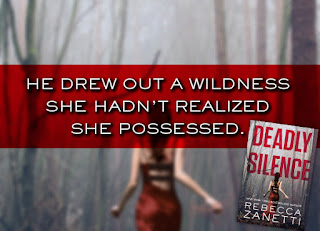 Under siege. That's how Ryker Jones feels. The Lost Bastards Investigative Agency he opened up with his blood brothers has lost a client in a brutal way. The past he can't outrun is resurfacing, threatening to drag him down in the undertow. And the beautiful woman he's been trying to keep at arm's length is in danger...and he'll destroy anything and anyone to keep her safe.

Paralegal Zara Remington is in over her head. She's making risky moves at work by day and indulging in an affair with a darkly dangerous PI by night. There's a lot Ryker isn't telling her and the more she uncovers, the less she wants to know. But when all hell breaks loose, Ryker may be the only one to save her. If his past doesn't catch up to them first... 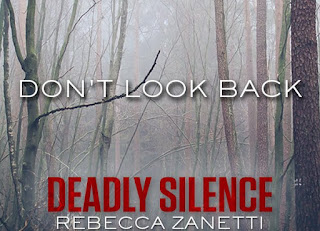 Heat from his body washed over her, but she lifted her head to meet his gaze. “We don’t have a relationship.”
He smiled then, and the curve of his lips held more determination than amusement. “I’m not letting you run, and I’m certainly not letting you hide, baby. Although neither of us has been in this for the long haul, I’m staying in Wyoming for the moment. The first thing that’s going to happen is I’m going to figure out who dared put a hand on you and make sure it doesn’t happen again.”
For the first time, she saw a side of him that gave her true pause. In the long haul, he’d be unbearably possessive. Why did that give her an intriguing sense of safety? “Knock it off,” she snapped in his face. “Get out of my business.”
That quickly, she found her back against the door and her front pinned by hard male. His hands planted on either side of her neck, his thumbs at her jaw, forcing her to look at him. “Something you need to understand and pretty damn quick is that your business is my business right now.” His thumb swept up and over the offensive bruise on her face.
“Step back.” Her voice trembled.
He ignored the very calm order. “No. You don’t want to tell me who did this? Fine. I’ll find out on my own, and I’ll have the name by the time I pick you up for supper. What you don’t want to do is deal with him or his case until I have that name. Kicking him in the balls might’ve just pissed him off more, and now you’ve let a bully stew on it for a while, which might be dangerous for you. Got it?”
“You have no right to interfere,” she whispered.
“Baby, I’ve been fuckin’ you for months. That gives me every right.” Anger glowed dark in his eyes.
“We’re done. Get out.”
His eyes softened. “You shouldn’t make statements you can’t back up.”
She shoved against his ripped abs.
He didn’t move a millimeter.
And then he did.
His head dipped, and his mouth found her neck and wandered up to her ear. His teeth scraped, and then his tongue licked the slight wound.
Of its own volition, her body did a full tremble.
He leaned back. “That.”
Her mind fuzzed.
His mouth slammed down on hers. She knew his kiss—often dreamed about it. Not soft and sweet . . . not even lustful. It was dangerous. From day one, she’d tasted danger on his tongue, and it burned her hotter than she’d ever been.
Never had she dated a bad boy, but after living her desired routine-driven life for years, she’d craved adventure, and he filled that need. He drew out a wildness she hadn’t realized she possessed.
He held her flush against the door, kissing her hard, sending a craving along her nerves that almost hurt. His tongue went to work, his left hand keeping her jaw open for him. His right hand found her hip and dragged her against the obvious bulge in his jeans. By the time he released her, she’d stopped thinking completely.
“What time are you finished today?” he asked, his breath heating her face.
“Fi-five,” she stuttered.
He leaned back and gently put her to the side. “Stay in the office until I come for you at five, Zara.” He ran his thumb across her bottom lip. “Cross me on this, baby, and I ain’t gonna be gentle.” He had already shut the door behind himself before she could take a whole breath.
She blinked several times, her fingers going to her still-tingling mouth. What had just happened? 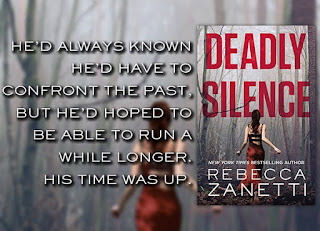