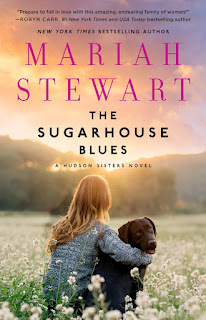 Allie, Des, and Cara, each having her own reasons for wanting a share of their father's estate, meet in the grand Victorian home in which he grew up, only to be greeted by another secret he purposely hid from them: his sister Bonnie. The women reluctantly band together to take on Fritz's challenge, working with a local contractor to begin the renovations financed by an account Fritz had set up for the task. While the restoration appears to go smoothly at first, it soon becomes apparent that the work will be more extensive than originally thought, and Des, elected to handle the money, needs to find ways to stretch out the remaining savings while searching for new sources of funding.

As strangers linked only by their DNA try to become a family, the Hudson sisters also try to come to terms with the father they only thought they knew. In the process, each woman discovers her own capacity for understanding, forgiveness, love, and the true meaning of family.

*****Note from Crystal: I am reading this right now and it is awesome. Stay tuned for a review really soon :) *****
~*~*~*~*~*~*~*~
Excerpt:
Dad was the late Franklin—Fritz—Hudson, Hollywood agent and father to Des and her sister, Allie, via their mother, Honora—Nora—Hudson, the actress, who’d died four years earlier. Unbeknownst to them until recently, he’d also been father to Cara, whose mother, Susa, may or may not have been Fritz’s legal wife. Things were a bit fuzzy where his marriages were concerned. Had he divorced Nora before marrying Susa? The paper trail was spotty, and Fritz’s best friend and attorney, Pete Wheeler, hadn’t been able to shed any light on the situation when it came time to sort out the legalities. After Fritz died, it had fallen to Pete to introduce Des, Allie, and Cara to each other, and to break the news to all three daughters about their father’s dual families. Once the shock had begun to subside, Pete’d dropped the other shoe: To inherit Fritz’s estate, the three women had to live together in their father’s family home in Hidden Falls, Pennsylvania, until they completed the restoration of the family’s boarded up, run-down theater. If any one of the three refused or left before the restoration was complete, the entire estate would be donated to a charity of Pete’s choice. Since Fritz’s daughters each had her own reason for needing the money, they’d agreed to the absurd terms.
But it turned out that Fritz had kept other secrets.
There was that little matter of Fritz’s sister, Bonnie—known to everyone in Hidden Falls as Barney—who’d been living in the Hudson family home. While Fritz’d never told  his daughters about her, Barney had known all about them and the terms of her late brother’s will, and was waiting for them with open arms when they arrived. It had been impossible not to love Barney, and they’d all taken to her immediately. Barney was not only smart, she was wise, loving, and had a heart of gold. She’d cheerfully filled in her nieces on the family history their father had neglected to share. Des knew her life was so much richer for having Barney in it.
And the more Des got to know Cara, the more she cared about this half sister who was down-to-earth and fun, and had been blessed with common sense, a logical mind, and an abundance of heart. She and Des even looked a little alike, both having the same curly auburn hair and heart-shaped face. Together they’d studied the family portraits displayed in Barney’s front hall, trying to figure out which ancestor they resembled.
Cara was easy to get along with, certainly more so than Allie, who was the oldest of the three, and the tallest. She was slim, and her blond hair was long and straight. She had cheek bones that a model would envy, and features that guaranteed that more often than not, she’d be the most beautiful woman in the room. Allie had an innate sense of style that Des admittedly lacked. And while as a child Des had been the star of her own TV show, Des Does It All, she’d always felt invisible when Allie was around.

Mariah Stewart is the award-winning New York Times and USA TODAY bestselling author of numerous novels and several novellas and short stories. A native of Hightstown, New Jersey, she lives with her husband and two rambunctious rescue dogs amid the rolling hills of Chester County, Pennsylvania, where she savors country life and tends her gardens while she works on her next novel. Visit her website at MariahStewart.com, like her on Facebook at Facebook.com/AuthorMariahStewart, and follow her on Instagram @Mariah_Stewart_Books.

Posted by Reviews By Crystal at 3:06 AM