The Quest for Love by J.E. Wiseman ~ Interview ~

Crystal: Today I am happy to have J.E. Wiseman stop by for a short interview.Would you share a little bit about yourself with us today? 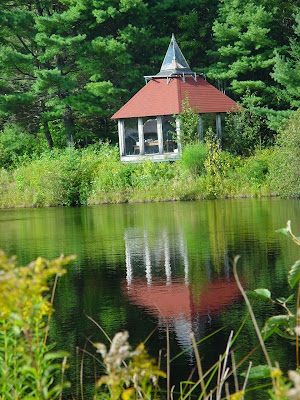 J.E.: I have had an adventurous life. I’ve been writing since I was nine years old. All through my teen years I was a professional tap dancer in a trio with my brother and oldest friend. We were “The Rhythm Boys.” In my early twenties, I worked on a Norwegian freighter traveling all over the Mediterranean and Middle East and writing stories and poetry. I eventually got a Masters Degree in Philosophy and became an educator and started three schools--one was on a farm where we taught self-sufficiency skills to students between high school and college. So, for several years I was a farmer and grew most of my own food. I moved to Maine twenty-five years ago and became a baker and for ten years ran a wonderful café and baked European style breads and pastries. After living in an off the grid cabin in the woods for many years, I moved to a farm built in 1777 and now, I’m living in a small hexagon shaped cabin overlooking a trout pond. For the past eight years or so, I’ve been getting up at four in the morning to write and never miss a day. I’ve written five novels, three books of poetry and a book on education under my real name, Arnold Greenberg and seven books under my pseudonym, J.E. Wiseman.  My newest book, The Quest for Love is a collection of three stories. Another collection, Secrets is about to be published by Lush Publishing. I should add an important part of my adventure was raising four amazing children.

J.E.:  That’s a hard question. It’s like asking, who is your favorite child, but I really like the ending of “Maggie’s Farm.” I don’t want to say what it is, but it’s a twist and surprise the reader won’t expect. I love how that scene worked.  There’s also a scene in “Tollie’s Garden,” where Sarah gets an amazing surprise, a pottery wheel that changes her life.  In “Taking Chances” Catherine has to tell her husband of thirty-four years, she is love with another man and it breaks her heart to hurt him. It was a painful scene to write. But she takes the chance. That’s why the story is called, “Taking Chances.”

Crystal: Where did you come up with the idea for The Quest for Love?

J.E.: Since “The Quest for Love” is a collection of stories, I had to come up with a title that captured what the stories were about. In all three stories, the central characters are searching for something that makes them happy and fulfilled. For instance, in “Tollie’s Garden,” Tollie asks Sarah, “What are you passionate about?” And she can’t answer. She doesn’t know. Tollie says, “You will never be happy until you find what you are passionate about.” So, all three stories are about the quest to find love and what makes them happy.

J.E.:  In addition to working on my J.E. Wiseman books, I am revising a long novel titled, Chaordia—A Novel of Transformation. Chaordia is a combination of the words chaos and order and the novel is about the transformation necessary to meet the challenges of climate change and a world facing serious environmental issues. All of my Arnold Greenberg books are available on Amazon and my own publishing company, Clayfield Books  http://clayfieldbooks.com/

Crystal: Do you have a special routine that you follow when you are writing?

J.E.:  I get up at four each morning, seven days a week, make a pot of coffee and write until ten or eleven. I take a walk with my dog, Charley, do chores around the cabin and then spend the afternoon reading or editing. I live a very solitary life. Lately, I’ve been working on a series of pond poems I call “Ponderings” and tend to write them in the afternoon.

Crystal: Did you have to do a lot of research for this book or for any others? If so do you have an interesting fact that you would like to share with us?

J.E.:  My trilogy, Children of the Dream is based on the Atlantis legend and I did a great deal of research about the Lost Continent. The stories take place in the present and the past through the medium of dreams where the central characters have lucid dreams about their past lives on Atlantis. So the books are contemporary but have parallel events from their pasts. The third novel, Children of the One—The Coming takes place in the present and also in the time of Jesus and he is a central character.  In the present, Jesus returns as Jesse, a mulatto handi-man with dreadlocks who is also a brilliant musician, but I had to do a lot of research about Jesus. One of the fascinating things I learned is that for sixteen years, between the ages of thirteen and twenty-nine, Jesus traveled to Persia, India and Tibet where he studied and mastered the art of healing. The novels, Twins of Atlantis-The Awakening was written for my twin boys when they were nine years old. Daughters of Atlas- The Quest was written for my daughter and the third book was written for my oldest son. The books are real page turners similar to the Indiana Jones movies.

J.E.:  Recently, I have been reading Phillip Roth. He’s written thirty-one novels and has just retired at age 84. Mostly, I read the New Yorker magazine from cover to cover and find it so filled with amazing articles and stories. The poetry, however, disappoints me.

Crystal: Is there a genre that you haven’t written that you would like to try?

J.E.:  I’ve written in most of the genres including essays and plays, but I’ve been thinking of writing a memoire about my café. It was called The Left Bank Café and became a very popular place with live music, plays and poetry readings.  Many nationally known folk, jazz and blues musicians performed there including Odetta, Arlo Gutherie, Tom Rush and many others. People have been urging me to write about the cafe, so that’s on my agenda.
~~~~~~~~~~~~
Bio for J.E. Wiseman 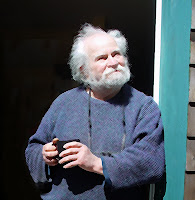 J.E. Wiseman is a prolific author of erotica and romance who has lived an adventurous life as a merchant seaman, teacher, farmer and baker. He started writing poetry and stories when he was nine and is now widely published.  His many books are filled with keen observations and provocative ideas that explore the hidden needs and desires of intriguing characters that readers can relate to. After living in the woods in an off-the grid cabin, he now lives on the coast of Maine in a farmhouse built in 1777 where he grows most of his own food.  His books are published by Sweet Cravings Publishing and more recently Lush Books.

~~~~~~~~~~~~
Blurb: These three captivating stories show how the quest for love can take people to places they never expected. In “Taking Chances,” two nights after celebrating her thirty-fourth wedding anniversary, Catherine Emerson sees Tom Quimby sitting across from her in the park. Though married to Martin, a wonderful man, Tom awakens that part in Catherine that she has been denying. Tom urges Catherine to take a chance and find out what she has been missing. What happens is exciting and heart breaking.

“Maggie’s Farm” tells about the day that Thom, feeling the need to get away, stops at a farm stand in the middle of nowhere and meets Maggie, who, seduces him to go with her up to the barn. Thom soon realizes that Maggie is a lot more than a sexy farmer and when she invites him to stay with her on the farm, he agrees. You won’t believe what happens.
“Tollie’s Garden” tells how Sarah gradually gets to know the older man living in their carriage house and to her surprise, finds the love of her life.
~~~~~~~~~~~~
There is not a buy link for this book yet on amazon, so here is a buy link to Secret Cravings Store... I will add the amazon link later as soon as it is available.

Email ThisBlogThis!Share to TwitterShare to FacebookShare to Pinterest
Labels: Interview