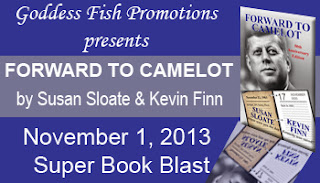 Forward to Camelot
by Susan Sloate and Kevin Finn

Susan and Kevin will be awarding a $25 Amazon Gift Card to a randomly drawn commenter during this tour and their Virtual Book Tour.  Please be sure to leave a comment along with your email address below. To increase your chances of winning don't forget to stop by the other stops on the tour. You may find the tour stops here... http://goddessfishpromotions.blogspot.com/2013/09/virtual-super-book-blast-forward-to.html

WHERE WERE YOU THE DAY KENNEDY WAS SAVED?

On the 50th anniversary of the JFK assassination comes a new edition of the extraordinary time-travel thriller first published in 2003 with a new Afterword from the authors.

On November 22, 1963, just hours after President Kennedy’s assassination, Lyndon Johnson was sworn in as President aboard Air Force One using JFK’s own Bible. Immediately afterward, the Bible disappeared. It has never been recovered. Today, its value would be beyond price.

In the year 2000, actress Cady Cuyler is recruited to return to 1963 for this Bible—while also discovering why her father disappeared in the same city, on the same tragic day. Finding frightening links between them will lead Cady to a far more perilous mission: to somehow prevent the President’s murder, with one unlikely ally: an ex-Marine named Lee Harvey Oswald.

Forward to Camelot: 50th Anniversary Edition brings together an unlikely trio: a gallant president, the young patriot who risks his own life to save him, and the woman who knows their future, who is desperate to save them both.

History CAN be altered …

It was a famous photograph, one I’d seen many times. In the center of the photograph was a tall, burly man, with thinning hair slicked back, a large face, big flappy ears, right hand raised piously, facing a small brisk woman with dark hair and glasses. On the man’s right, crowded next to him, seeming crushed by his vitality, was another small dark woman, her face blank with conflicting emotions.

But the man, for all his bulk and heartiness, was not the magnetic force in the photograph. The woman on his left was. Younger than anyone else, with dark glossy hair, in a bulky light suit, her profile regal even in her anguish, blood spattering her clothes, she stood watching sightlessly. Her beauty and grief drew all eyes. Her pain was almost visible on the photo itself.

“This is the swearing in of Lyndon Johnson as president on Air Force One in Dallas, on November 22, 1963. His wife is on his right. Jacqueline Kennedy stands on his left. Sarah Hughes is the judge administering the oath. John F. Kennedy had been assassinated only a couple of hours before.”

“I know the photograph, George.”

“Good for you. Look here.” He pointed carefully at the almost invisible edges of the book under Johnson’s massive hand. “Johnson, of course, needed to be sworn on a Bible.  Here it is, being held by Mrs. Hughes.”

“You want the Bible Johnson took the oath on?”

“I do. That Bible belonged to President Kennedy.”

I looked up in surprise. “It was Kennedy’s Bible? I didn’t know that.”

“It was the only Bible on Air Force One. Kennedy supposedly traveled everywhere with it. When they were scrambling to find a Bible—Johnson insisted on taking the oath before he left Dallas—they remembered Kennedy’s Bible and used that.”

“Well, can’t you buy the Bible from the Kennedy family? Even though I can’t imagine they’d give it up.”

“Well, now, that’s a problem. The Bible disappeared right after this picture was taken.”

I hated to admit it, but that intrigued me. It was getting harder to remember that I’d just lost my job a few hours before. “How could it disappear?”

“Well, the story goes that Sarah Hughes actually had it in her hands when she left Air Force One in Dallas. You have to understand—that day, the whole country was in a state of shock, and people did crazy things without realizing it, half the time. Coming down the ramp, Mrs. Hughes met a man dressed in a suit and tie and sunglasses, a man she believed to be a Secret Service agent. He asked her for the Bible. I don’t think she even realized she still had it in her hand. She gave it to him immediately; she thought he would return it to the Kennedy family.”

He paused. I was riveted. “At least, that’s what she said. But the Bible disappeared that day and was never seen again.” George paused again and gave me a devilish grin. “JFK’s own Bible, used to swear in Lyndon Johnson on Air Force One... what do you think an item like that would be worth?”

I shook my head. I couldn’t imagine.

“Nobody can,” he said softly. “Do you understand now? As a piece of history, part of one of the twentieth-century’s most pivotal events… that Bible would be beyond price. And I intend to have it.”

“You want me to find the Bible?”

“Well, a fat lot of good that’s going to do!” I exclaimed. “Unless you’re somehow going to travel back in time and pick it up—” 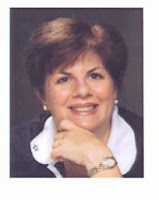 SUSAN SLOATE is the author of 20 previous books, including the recent bestseller Stealing Fire and Realizing You (with Ron Doades), for which she invented a new genre: the self-help novel. The original 2003 edition of Forward to Camelot became a #6 Amazon bestseller, took honors in three literary competitions and was optioned by a Hollywood company for film production.

Susan has also written young-adult fiction and non-fiction, including the children’s biography Ray Charles: Find Another Way!, which won the silver medal in the 2007 Children’s Moonbeam Awards. Mysteries Unwrapped: The Secrets of Alcatraz led to her 2009 appearance on the TV series MysteryQuest on The History Channel. Amelia Earhart: Challenging the Skies is a perennial young-adult Amazon bestseller. She has also been a sportswriter and a screenwriter, managed two recent political campaigns and founded an author’s festival in her hometown outside Charleston, SC. 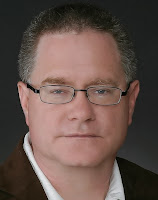 After beginning his career as a television news and sports writer-producer, KEVIN FINN moved on to screenwriting and has authored more than a dozen screenplays. He is a freelance script analyst and has worked for the prestigious American Film Institute Writer’s Workshop Program. He now produces promotional trailers, independent film projects including the 2012 documentary SETTING THE STAGE: BEHIND THE SCENES WITH THE PIRATES OF PENZANCE, and local content for Princeton Community Television.

His next novel, Banners Over Brooklyn, will be released in 2014.