DEFINED BY DECEIT By A.E. Via ~ Spotlight ~ Giveaway 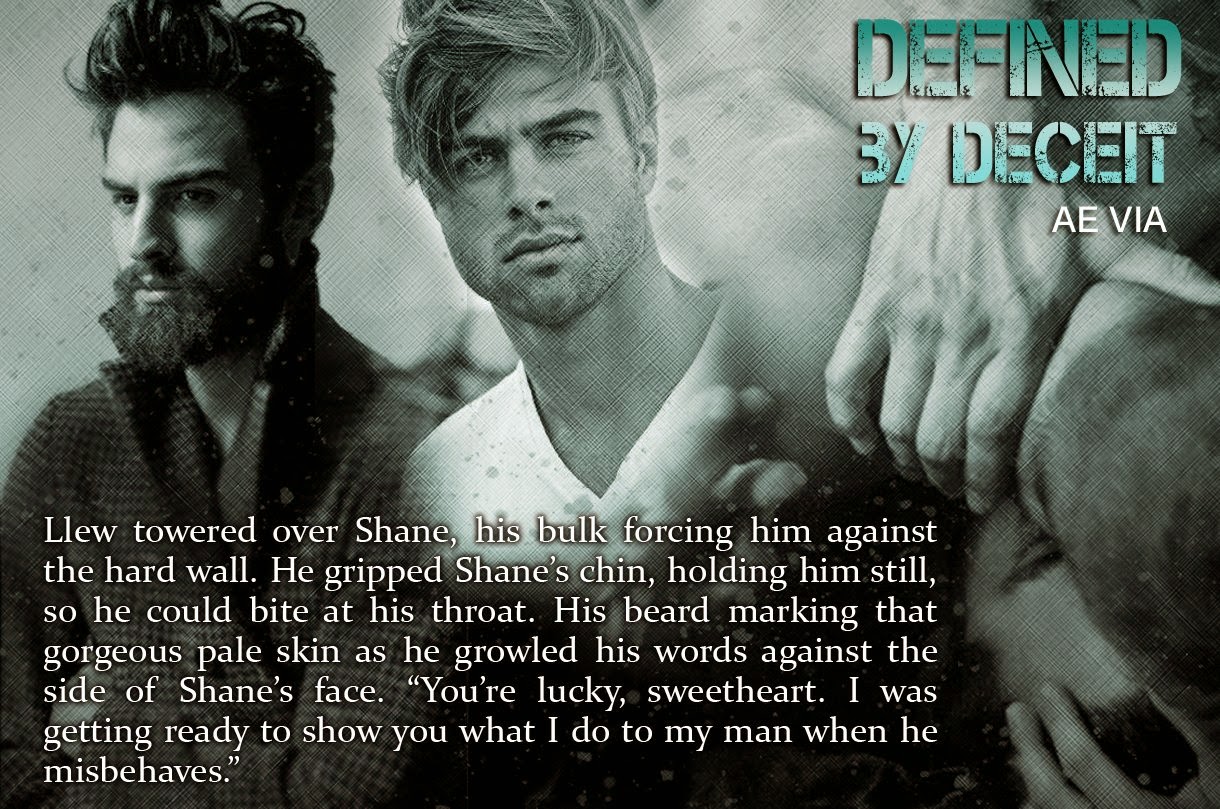 DEFINED BY DECEIT
By A.E. Via


A.E. Via has very generously offered three ebooks of Defined by Deceit to three lucky comments. So please leave a comment below. Please remember to leave me a way to contact you in case you are one of the lucky winners. If you are on facebook it would be lovely if you would drop by A.E. Via's page and show her some love for the awesome giveaway :) Facebook Author Page |  Facebook (Friend me) | 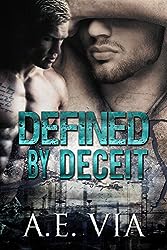 Life isn't always fair, and that’s something that Llewellyn Gardner knows about first hand. His life was on the fast track until one night of extreme passion changed everything.

Now eight years later, he’s still living with the aftershocks of that night. Everywhere he turns or runs, there’s another reminder. What the hell do you do when you try to drown your demons only to find out they can swim?

Shane Smith, Jr. owner of Smith Construction, could see the emotional turmoil within his new employee — it’s why he hired him. There was something about the gorgeous, misunderstood man with the overly expressive eyes that came to their small town with a past no one was willing to overlook. Shane could see the good in Llewellyn, and those eyes of his were a clear window to his soul. Shane wasn't going to let the man live a future of solitude because his past had been plagued with deceit.

Llewellyn wasn’t sure what to think about Shane. After years of protecting himself from being tricked twice, he was now faced with worry again. What would happen to him if Shane didn’t believe his truth, and walked away? Llewellyn wasn’t sure he’d be able to survive
being left alone. Again. 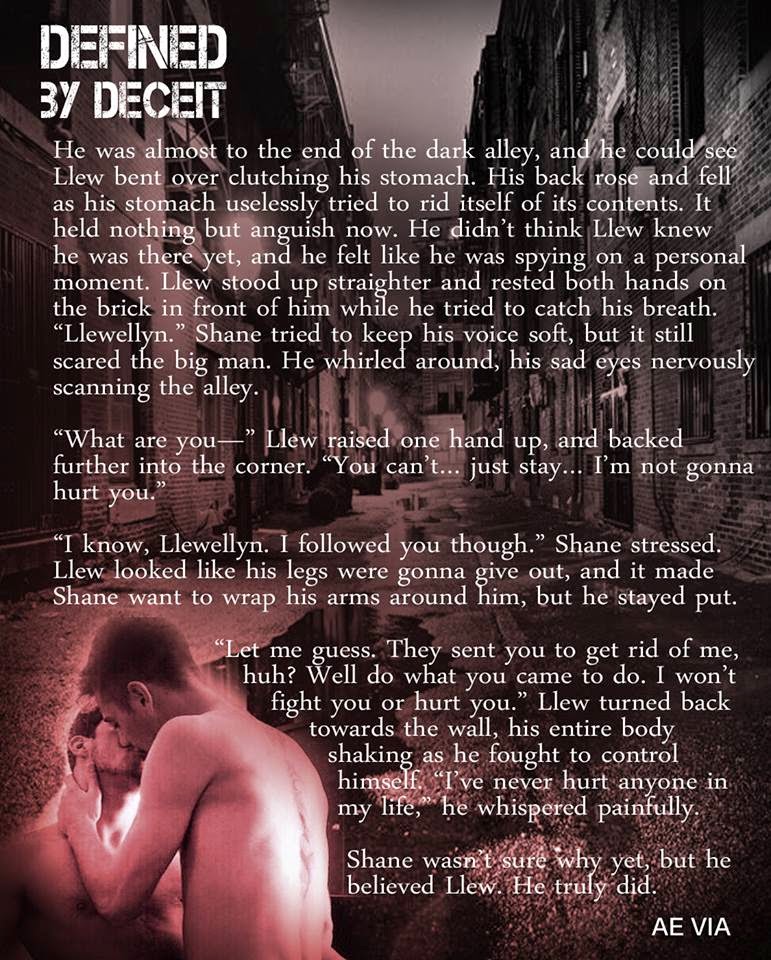 EXCERPT:
The two-mile bike ride to his neighborhood did nothing to tamp down his fury. Llew burst through the door of the doublewide trailer he and his brother shared, slamming his backpack on the floor while he paced back and forth between the kitchen and the living room. After about thirty laps, he went to the refrigerator, yanking it open so hard, most of the contents of the door tipped over.
“You break it, you fix it,” his big brother said, standing on the opposite side of the counter. Leslie’s sharp brown eyes watched him for a few seconds, while Llew tried to calm himself. “What’s going on, bro?”
“The damn mayor is a dick, that’s what’s going on.” Llew plopped down at the small kitchen table.
“He is who he is, Llew. He’s filthy rich, and thinks anyone that has to use their back and hands to work is beneath him. He’s never going to accept you as Moss’ equal, and he will definitely never accept having a gay son.”
Llew dropped his head in his hands. Why couldn’t people just be normal? The second his brother asked him if he was gay, he knew he didn’t need to lie. His brother would love him unconditionally, just like their parents had. He did warn Llew frequently to be careful while dating the mayor’s son. If anyone found out, it would be disastrous for all of them. Llew was eighteen, but Moss was still seventeen, so he had to be careful of that, too.
“Why don’t you and Moss just take a little break and once you two are away at college… then you can do what you want. The mayor of Emporia can’t control and monitor everything, especially all the way in California.” Leslie came over and sat down in front of him. “Llew. I don’t want to see you get hurt. Don’t you think you’re getting a little too serious about Moss? There’s a great big world out there for you to explore. You have a lot to offer. I don’t want to see you used as the small town flavor.”
Llew’s head shot up. He narrowed his eyes at his brother. The concern that he saw there made it hard for him to be angry, but Leslie’s words were hurtful. “I’m not the flavor of the town, Leslie. Moss loves me.”
“Are you sure?" 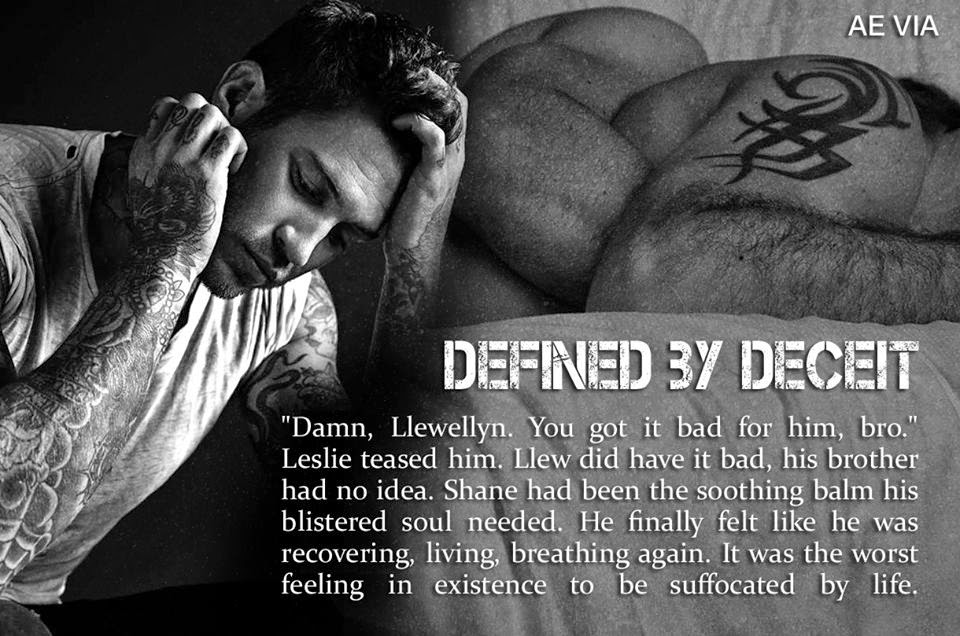 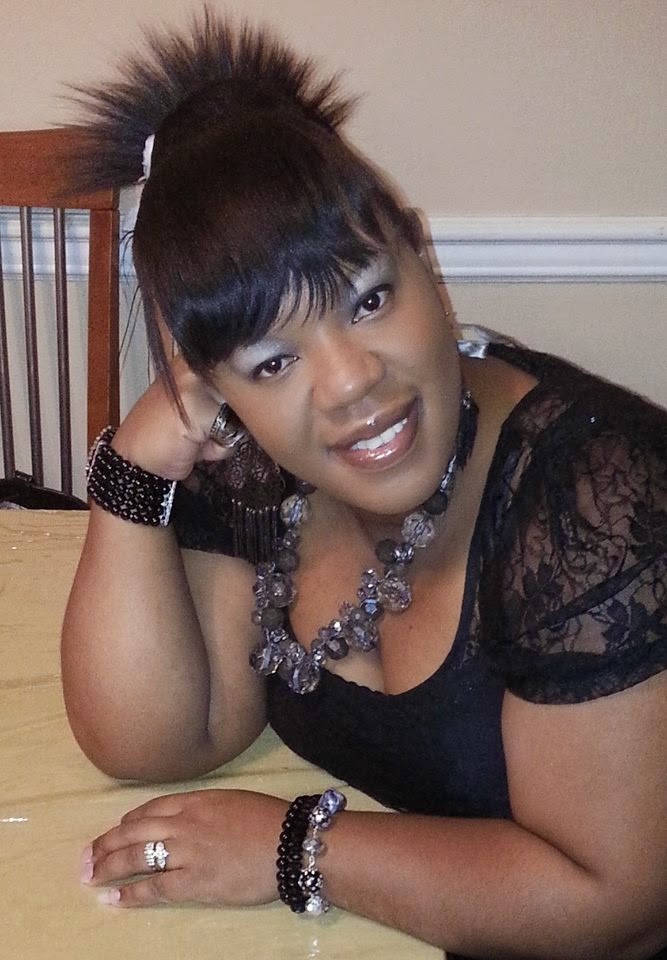 A.E. Via is still a fairly new author in the beautiful gay erotic genre. Her writing embodies everything from hopelessly romantic to spicy to scandalous. Her stories often include intriguing edges and twists that take readers to new, thought-provoking depths.
When she’s not clicking away at her laptop, she devotes herself to her family—a husband and four children, her two pets, a Maltese dog and her white Siamese cat, ELynn, named after the late, great gay romance author E. Lynn Harris.
While this is only her seventh novel, she has plenty more to come. So stalk her – she loves that - because the male on male action is just heating up!
Go to A.E. Via’s official website http://authoraevia.com for more detailed information on how to contact her, follow her, or a sneak peak on upcoming work, free reads, and where she’ll appear next.