Saints and Sinners Book Promotion is proud to reveal the cover for the next book in the The Winter Sisters Series by Joanne Jaytanie... 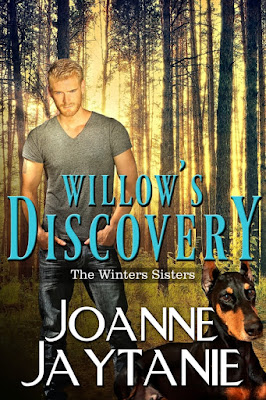 Willow’s next discovery could get her killed.

Willow Winters has been safely ensconced in London managing the international division of the Winters Corporation. But the vicious Kaleidoscope Group is relentless in its pursuit of the Winters sisters and their scientific breakthroughs. They’ve planted a mole in the company ranks, making Willow’s paranormal abilities crucial in the search for the traitor. Unearthing this spy will expose Willow as a threat and put her squarely in the sights of the murderous Kaleidoscope Group.

Wyatt Farraday is a military liaison to the Winters Corporation. Consumed with keeping Victory and Payton Winters alive, he’s had no life of his own. Now the third triplet has returned home and his job just got exponentially harder. Willow outdoes her sisters in the hardheaded department. She’s independent and can take care of herself and she doesn’t need Wyatt to watch out for her. But Wyatt’s determined to watch her in every way he can.

Willow’s Discovery is book three in The Winters Sisters series. Begin your adventure with Book One: Chasing Victory and Book Two: Payton’s Pursuit. 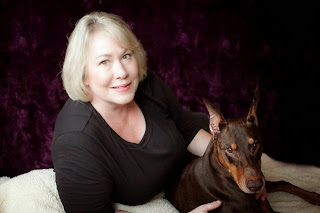 Joanne was born and raised in Sherburne, New York, a quaint village surrounded by dairy farms and rolling hills. From the moment she could read she wanted to explore the world. During her college years she slowly crept across the country, stopping along the way in Oklahoma, California, and finally Washington State, which she now proudly calls home. She lives with her husband and Dobermans, in their home located on the Kitsap Peninsula with a panoramic view of the Olympic Mountains.

Joanne writes paranormal, romantic suspense, and contemporary romance. She loves writing about the twists and turns of her character’s lives along with the trouble they find themselves involved in. She enjoys a wide variety of books including paranormal, suspense, thriller, and of course romance.