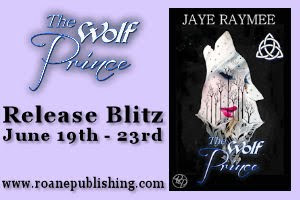 Claire O’Neil grew up hearing stories from her grandmother’s Irish homeland.  Her grandmother seemed to be personally acquainted with exotic fairies, mischievous pixies, even powerfully seductive shape-shifters.  On the eve of the older woman’s funeral, Claire is visited again by strangely erotic dreams which began on her sixteenth birthday, dreams which leave her breathless and aroused by the shadowy presence of a mysterious stranger.  At the funeral itself, she is approached by a foreigner who carries a letter from her grandmother.  Following the instructions in the letter, Claire is whisked away to Ireland to discover the legacy left behind by her grandmother.

Once in the Emerald Isle Claire is stunned to learn that her grandmother’s stories were real: the Dubh Sidhe and the Four Fey Courts of Dublin do exist.   More shockingly, an ancient prophecy has tied their fate to hers. At a chance encounter Claire comes face-to-face with the stranger from her dreams, and breathless doesn’t begin to describe the effect he has on her!  As she finds herself caught between rivals for leadership of the shape-shifters, Claire is kidnapped and held in seclusion by the mysterious stranger’s brother as part of their battle for leadership of the their family.  Only Claire can help the mysterious stranger to save himself and his clan from losing their power forever.  If she chooses to…and if she can accept that passion can take many forms.

Suddenly, in the full moon light that illuminated
the clearing ahead of her as well as day, she saw him. Connor, his golden eyes
catching her in their gaze and drawing her in to him. Afraid of him, but more
afraid of the claws she could now hear scrabbling on the rock strewn path
behind her, she chose the possible safety of his presence and burst into the
clearing herself. Without quite realizing how, she found herself in his arms,
enveloped in his scent, and his coat whipping around her as if to offer her
refuge within its folds. She buried her head in his chest as a child might, to
keep out a nightmare.

Abruptly, a howl sounded from outside the
clearing, answered by another from the opposite side. They were surrounded!

Still hiding her head, Claire felt Connor’s arms
tighten around her and press her closer, and she could feel a rumbling coming
from the man, a sound that grew into a low growl. The sound vibrated inside her
very skin, and, unable to help herself, she melted even more deeply into his
embrace.

Warned away, her pursuers retreated back into the
blackness beyond the clearing, and Connor gently raised Claire’s face to his
own. Almost glowing in the moonlight, his eyes pierced her deeply, and she was
completely unresisting as he lowered his lips to hers, heat pouring from him
into her like a flame as his mouth found hers, opening her and exploring her
with his first kiss. She found herself responding, her hands reaching up to
tangle themselves in his unruly hair, her tongue darting out to taste his,
feeling the sharp points of his teeth.

His hands moved to her waist, his lips to her
neck, to her shoulders, to the tear in her blouse. The sharp sensation as he
found a tender nipple with his fangs caused her to gasp aloud, but she didn’t
resist or push him away. Instead, she pressed herself against him, urging him
on. Then they were falling together, the rich loam of the Irish earth
cushioning them as they tumbled to the ground.

Suddenly, she was the aggressor, rolling on top of
him even as she wondered at her wanton behavior. His hands, helped by hers,
slid along her trembling thighs, up and under her skirt, while their mouths
never lost contact, sharing the same breath and moving as one under the gently
glow of the moon.

She could feel the bulge of his manhood straining
through his clothes, rubbing against her own intimate flesh. His hands had slid
beneath her undergarments and were stroking the sensitive skin there, sending
waves of pleasure that were both fire-hot and chilling at the same time. She
put her hands between them, freeing him, and moving away from his mouth for a
brief moment to look into his moonlit face. Holding his gaze with her own,
wondering if her own eyes held the same hypnotic desire that his did, she made
a final decision. As she drove herself onto him, impaling her flesh on his, she
was doing what she had always wanted, always needed, always been waiting for.

Around them, a chorus of howls accompanied her own
cries. This time she felt the howls were voicing their approval, not hunting
her, and the sound swept around her as her body went rigid in climax, Connor
still hard and deep inside her pulsing flesh. His hands came up to pull off the
tattered remains of her top and expose her breasts to the night, to his grasping
mouth and questing tongue.

As he pulled her down to meet his mouth, the moon
caught the necklace, and a white hot silver light seemed to flash from it. Suddenly,
his body stiffened and he cried out, not in pleasure but in pain, and Claire
felt his body under her begin to change, his hands to grow claws, the teeth at
her bosom narrow into even sharper points, and she, lost in pleasure as she
was, still had the energy to shriek as what had once been Connor now turned
into a thrashing, struggling wolf beneath her.

Her own cries woke her up, to the bright sunlight
of her hotel room and the start of her new day in Dublin.

ABOUT THE AUTHOR:
Jaye has been writing since at least the age of eight, and still cherishes that very first manuscript about a knight kissing a maiden. While the subject matter has evolved from those days, the human condition in all its varied forms and all its joyful expressions of intimacy remains central to Jaye's writing. Found anywhere from a small town on California's San Francisco Peninsula to the wild corners of Ireland, Jaye can often be spotted quietly scribbling in a series of notebooks, where stories are born. You may have run into Jaye just this morning at your local cafe and never realized it.

You get a peek at Jaye's Notebook at or follow the Twitter feed @JayErotica. Reader feedback is always encouraged…and every fantasy is interesting…

Open only to those who can legally enter, receive and use a RoanePublishing.com Gift Code.  No purchase necessary, but you must be 18 or older to enter. The winner will be chosen by rafflecopter, and announced on the widget. Winner well be notified by emailed and have 48 hours to respond or a new winner will be chosen. The number of entries received determines the odds of winning. This giveaway was organized by Roane Publishing's marketing department.
Posted by Reviews By Crystal at 2:00 AM

Email ThisBlogThis!Share to TwitterShare to FacebookShare to Pinterest
Labels: @RoanePublishing