#GiveAway #ReleaseDay - The Lie and the Lady By Kate Noble 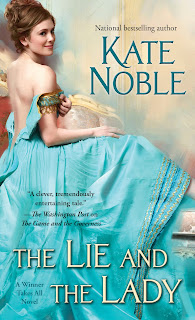 ENTER TO WIN the first in the Winner Takes All series, The Game and the Governess print book! All you have to do to enter is leave me a comment below. 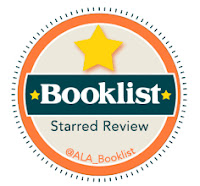 Truth be told, The Lie and the Lady “is nothing less than brilliant” (Starred Booklist)

“With her usual witty writing and exquisite flair for characterization, Noble offers readers the second, splendid book in her Winner Takes All series. The effortless manner in which she wrote The Lie and the Lady as a separate love story while at the same time gracefully connecting it to The Game and the Governess (2014) and cleverly hinting at what is to come in the series is nothing less than brilliant.”
—Booklist Starred Review

John Turner thought only of winning a bet when he swapped identities with his friend the Earl of Ashby. He didn’t wager on winning the fiery Countess of Churzy’s heart with his lies, or on falling for her in return. Publicly humiliated when she learned of the betrayal, the impoverished countess fled, and John thought Leticia was lost to him forever…until fate brings her practically to his doorstep. Can he regain her trust—and her heart—this time as himself?

Determined to make a new life for herself, Letty knows she must avoid Turner—and his maddening kisses—in order to survive. But some things are too intoxicating to be denied. If she turns her back on her dashing rogue—again—will she lose her chance at love forever?

Amazon Buy Link | Buy Buttons for THE LIE AND THE LADY


~*~*~*~*~*~*~
The Game and the Governess was dubbed a “winning novel, complete with rich characters and a multi-dimensional plotline” by Publishers Weekly (starred review), a “delicious treat” by Bookpage, “Immensely entertaining and eminently satisfying” by Booklist (starred review), and RT Reviews (four star HOT) promised “charming characters will sweep readers away into the story”.  Second in the captivating Winner Takes All series, THE LIE AND THE LADY is “nothing less than brilliant” (Booklist starred review) and will reward readers as the perfect literary escape.

Kate Noble is the national bestselling author of The Game and the Governess and the critically acclaimed, RITA Award-nominated Blue Raven series. Under the name Kate Rorick, she writes for television, as well as novels based on the Emmy Award-winning web series The Lizzie Bennet Diaries, for which she is also a writer and producer. She lives in Los Angeles. Visit katenoble.com, @NobleRorick,facebook.com/katenoblewriter.