#ReleaseDay #SpotLight - Headed for Trouble By Shiloh Walker - The McKay's

First in an all-new trilogy!

Book #1 in The McKay's
By Shiloh Walker

Nine years ago, Neve McKay fled her small Southern town and disapproving family to seek a career in the big city. Now she's finally coming home - and hoping for a fresh start. But the relationship that shattered her world still haunts her. And even among her nearest and dearest, she doesn't feel safe.

CAN THIS BAD BOY BE THE ANSWER TO HER PRAYERS?

Ian Campbell is a pure Scottish muscle - as hard and handsome as they come. But when Neve walks into his bar, his heart melts . . . and he vows to have this gorgeous and somewhat vulnerable woman in his life - for better or for worse. What is Neve's tragic secret? And how can Neve expect Ian to protect her, when doing so could put his own life at risk? The only thing Ian knows for sure is that he will do whatever it takes to keep her out of harm's way - and in his loving arms.

Excerpt from Headed for Trouble:

“You might as well quit the flirting. We both know you changed your mind.”

“And who said I changed my mind?” he asked, looking put out. He crossed his arms over his chest.

“You did.” She gave a lazy shrug. “I saw it on your face, clear as day.” The look on his face was a challenge, but she couldn’t let herself meet it, even if she could find that part of herself that would want to.

Because she wasn’t sure she trusted herself, she sat down on the dock and dangled her legs over the edge, staring down into the dark water. Under the trees, it was almost cool here. Almost. Not quite. “You’ve been here for a little while—a few months or more, at least, I’m going to assume. So you’ve probably heard a few rumors, and I can’t say I blame you for deciding I’m more trouble than I’m worth.”

Boards creaked under him as he sat down next to her.

From the corner of her eye, she could see the way faded denim stretched over hard thighs, denim so worn it was going white at the seams. His T-shirt bore the logo for Manchester United and it was almost as faded as the denim. It would be soft against his skin, she thought. And under it, his skin would be incredibly hard and warm.

She wanted to curl her hands into his shirt, straddle his thighs, and rub herself against him. And she wanted to yell at him for making her think she could maybe have the small promise of oblivion with him.

All this time with a nonexistent libido and now it was going haywire on her. To make matters worse, it wasn’t even lust driving her now. She’d known that from the sucker punch of pain that had hit her when the heat in Ian’s eyes had cooled, the moment he’d realized who she was.

“I’ve never been one to put much stock in rumors, Neve McKay,” he said softly.

“Really.” Turning her head, she studied him. “So the hot-to-cold act was all because you figured out I’m Brannon’s little sister? Then why are you running warm again? I’m still his sister.”

A pained look crossed his face. “You aren’t one for the easy way, are you?”

“Are you kidding?” She laughed bitterly. “I love the easy way. But the easy way hates me. I figured that out ages ago. Besides, life isn’t easy.”

Ian leaned forward, elbows braced on his knees. “Brannon, he’s one of my best friends. Has been since university. We met in London and it was like we’d known each other our whole lives.” His voice was distant now as he gazed into the water. “Like a brother, he is.”

She stiffened. Curling her hands around the boards, she focused on the far side of the bank. “Well, I’ll give you points for the loyalty you show your friends then.” She forced her fingers to unclench from the boards and went to stand.

“It’s not just that.” He caught her wrist before she could rise.

It didn’t go unnoticed by Ian, either, damn him.

Although he said nothing, he let go.

She managed to rise to her feet in a slow, unhurried motion. “Look, it doesn’t matter. You’re Brannon’s friend and it’s not a secret that I’ve got some fences to mend when it comes to my family.” She gave him an easy smile and an easy shrug before she turned and headed down the dock. “But it’s probably wiser all around if you just stop this . . . whatever this is. The hot-and-cold thing gets old and I—”

The words froze in her throat as she turned and found him just a foot away.

And he watched her with eyes that saw a lot deeper than she liked.

“The problem with stopping the hot-and-cold thing is that there is no cold.” He lifted a hand and caught one of her curls, twining it around his finger. His gaze, dark and seductive, richer than melted chocolate, held hers. “I look at you and feel nothing but fire.” in me, Neve. I think you know it, too. Now if it was just fire, then it wouldn’t be such a problem. Fire is all well and good, but it’s easy . . . and sometimes over in a flash. But this . . . ” He moved a hand between them. “I don’t think it’s just fire. You feel it, too. That’s why you’re so nervous. That’s why you’re so afraid.”

Her heart knocked up against her ribs.

“Well. Aren’t you arrogant?” she said, surprising herself with how steady her voice sounded.

“Is it arrogance when we both know I’m right?”

He took another step, taking away a few of those precious inches between them, twining a bit more of her hair around his finger. She had to tilt her head back now to hold his gaze.

“I made a misstep when I let things I didn’t understand influence any decision I made,” he murmured, his eyes falling from hers now.

He was rubbing her hair, his thumb stroking back and forth over the curl he was toying with.

She could just barely see it but the action was oddly mesmerizing.

“There are, after all, two sides to every story, aren’t there?”

Now his gaze lifted back to hers.

Swallowing, Neve tried for a snide tone as she asked, “Oh, is this where you ask me to explain my side of what happened?”

Oh, hell. Neve couldn’t have done anything. Anything but grab at his shoulders and hold on tight.

Read more about the McKays! HERE 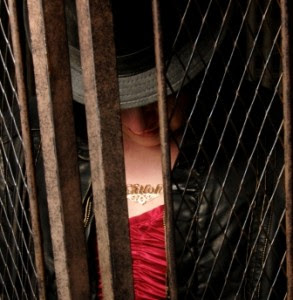 Shiloh Walker is an award-winning writer…yes, really! She’s also a mom, a wife, a reader and she pretends to be an amateur photographer. She published her first book in 2003. Her newest series,Secrets and Shadows, launched with Deeper than Need, followed by Sweeter than Sin and Darker than Desire.

She writes romantic suspense and contemporary romance, and urban fantasy under the nameJ.C. Daniels.

Email ThisBlogThis!Share to TwitterShare to FacebookShare to Pinterest
Labels: @shilohwalker, The McKay's