The Noise Beneath the Apple: A Celebration of Busking in the Bay Area By Heather Jacks

The Noise Beneath the Apple:
A Celebration of Busking in the Bay Area
By Heather Jacks

Crystal: Today I have the pleasure of hosting Heather Jacks. Welcome Heather! I'm so excited to have you here today. Would you share a little bit about yourself with us today?

Heather: Aside from my bio, mentions cool things, like being raised on Indian reservation, spending a year in Australia, traveling and working in radio. I am also a HUGE TV junkie. My favorite television show of all time is Seinfeld, which is a-typical, because I usually don’t like comedies. I love shows like The Wire, The Sopranos, Breaking Bad, Better Call Saul, Gotham, The Flash, Family Guy and Daredevil, on Netflix; those intense, gritty dramas. I am a music lover, of course, but people are often surprised to discover my love of old twangy, country music; George Jones, Merle Haggard, George Strait, Tanya Tucker, Conway Twitty. I am also a big baseball fan in general, and SF Giants fan specifically. I don my orange & black all season, watch tons of games and am a chick who knows her stats. (Men are often surprised by that!)

Crystal:  Where did you come up with the idea for your latest release?

Heather: My current book is about buskers—(people who perform on street corners in exchange for money), and the book I am working on now, is about the SF Sisters of Perpetual Indulgence. They are seemingly unrelated topics; however, more similar than we might realize. They are both pieces of culture, which need to be preserved and celebrated. My love of culture stems from an early life spent on Indian land.

I became who I am today in 1976.
Jimmy Carter was president. Vietnam was granted admission to the United Nations. This fair country of ours was celebrating her 200th birthday.
And Chief Sconchian had finished his time on this planet. In my memories, now viewed through the shades of nostalgia and spaghetti westerns, he rode off into a muted sunset, and we, the audience, are left with a feeling that some great truth has been revealed and we failed to grasp it.  All we know for sure is that we will never see that old Indian again.  Text books confirm that Chief Sconchian was the last full-blooded Modoc Indian.
It is here that perhaps I should mention nearly everyone on Indian reservation is called Chief or Junior or Cousin. That being said, Sconchian was all of these things with one inherent truth. After him, there would be no more full blooded Modoc’s, forever.  They would be as extinct as the dinosaurs, fading into a history that would soon be forgotten.  That is why I write, to remember what came before and to remind others of those journeys.

Heather: I am so excited about my current project, which is another art-style/coffee table book, about The SF Sisters of Perpetual Indulgence.

30 years ago, I lived in San Francisco, and now, I am writing, a book about a piece of culture that exists in here. It’s colorful, flamboyant, filled with meaning and promise, and people who are maddening to Republicans and Fox News commentators, alike. They embrace ideas like gay marriage, universal health care, medical marijuana, a living minimum wage, immigrant sanctuary. These people were described as ‘seekers’ by Alan Ginsberg; and I think that fits. They are still here and they are still giving voice to San Francisco values.

The Sisters of Perpetual Indulgence are mentioned in any good book about San Francisco, because they have always been part of the spirit and consciousness of the fog drenched city. Their history extends back to a time before the advent of technology, before Reaganomics, before the AIDS epidemic. The seeds of their existence were planted long ago in the hearts and minds of San Franciscans, who embraced a set of values that challenged the mainstream, but eventually emerged as a beacon of enlightenment and hope to its citizens.

I’m not sure the subjects of my next book, could have manifested anywhere but in San Francisco; and so this project is my love letter to them; to those who do more than make outcasts fit in, but accept them...and by doing so, they have changed, (and continue to change) San Francisco and thus the world.

Heather: Writing has to be one of the very first things I do each and every morning. I have a cup of coffee and sit down to write. I am usually out of writing steam by mid-morning, which is perfect, because then I break for work or a walk or libations! I tend to have a more ‘free-flowing’ process in the a.m. hours.

The other key point to writing is that you have to do it every day. It really is like exercise. They say that it takes six weeks to get in shape and two weeks to fall out. Once you’ve fallen out of shape, it’s a bear to get motivated to start over, and you start from the beginning. For me, writing is like that.

Heather: Hahaha! Since my books are historical, non-fiction; all I do is research! I have learned SO much, which is another reason I like this sort of writing. In regards to busking/buskers, a cool thing to discover is how many of the street performers are professionally/classically trained and educated. It helps break down the myth that they are homeless, talentless vagrants.
Working on my next book about the Sisters, is amazing. I am discovering and documenting a movement that began with four individuals, right here in San Francisco and has become international.  There’s a lot to learn and discover within those parameters.

Heather: I am an avid reader—averaging about 90-120 books per year, every year. In 2014 I read 203, 2015 will be around 86. That’s a lot of stories! With the exception of Stephen King, I don’t read non-fiction much. I like Stephen King’s style of prose; the way he paints a picture and creates awesome characters. I tend to prefer his stories about people—that, I think could be real, scary as that may seem. I can identify with the characters in Gerald’s Game, Cujo or Misery. I love his horror stories, but in my opinion, some of his best stuff is NOT horror, they are short stories, The Body, The Apt Pupil, Rita Hayworth & the Shawshank Redemption. And that’s it for my fiction! I read a lot of true crime—(Anne Rule), autobiographies of baseball players, musicians, baseball books, rock & roll history, San Francisco history and ‘How To’ tech and social media books.

Heather: The short answer here is, no. The type of writing I do requires research, interviews, travel, discovery and creating stories; which are all things I enjoy. It’s cool that there are so many facets and elements to it, and the actual writing is but one part. I feel like a detective on the hunt for a clue or suspect.  It keeps me from getting bored!

The Noise Beneath the Apple® is a hardcover, Limited Edition Art-Style/Coffee Table book, presented in an elegant slipcase. It measures 12″ x 12″ and celebrates buskers and street music in New York City. It includes a history, evolution and culture of busking, photos, interviews and commentary with 35 of NYC’s prominent street musicians. A cherry red vinyl record, of 11 tracks of original music, mastered by Grammy and Academy Award winning Reuben Cohen, (Slumdog Millionaire, Frozen), is page 200. At the culmination of the project, 30 participants went to Grand Street Recording in Brooklyn, where they covered Billy Joel's hit song, New York State of Mind. A 12 minute short film and music video were created from that day and are included with the book, making this project, truly multi-media. The project won a Book of the Year Award in the category of Performing Arts & Music.


The Noise Beneath the Apple: A Celebration of Busking in the Bay Area is available at Amazon.
Pick up your copy at her website for less!  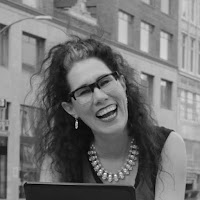 Heather Jacks was raised on Indian reservation in southeastern Oregon, until age fifteen, at which time; she was chosen to be an ‘experimental exchange student’ to Australia. She went down under, with an organization called YFU, Youth for Understanding, and spent 10.5 months turning16 in the Outback.  When she returned, she attended college, and received an FCC license, followed by completing a B.A. from USF and two years of study at UC Davis.

During her twenties, she traveled extensively, worked in the music industry in various capacities; radio, production, A&R, booking and eventually, landed at a new and young company, called Starbucks, where she worked on a Star Team and opened new stores in remote markets.

Music has always been her passion and during her tenure at Starbucks, she helped launch Hear Music, which today is Starbucks Music Label. Eventually, she returned to the business side of music at a major indie label, where she had a number of roles, from concert production to glorified babysitter.

An avid TV Junkie, die-hard SF Giants fiend and unapologetic Twitter practitioner, she recently won a Book of the Year Award for her multi-media project, The Noise Beneath the Apple®; A Celebration of Busking in New York City, which was inspired by her love for street music, busking and the people who make it.

She currently hangs her hat in San Francisco and am is working on the Bay Area version of the TNBTA® busker project.