Crystal: Today I have the pleasure of hosting Jane Godman! Welcome Jane! I'm thrilled you could join us today. Would you share a little bit about yourself with us today?

Jane:  This scene is a turning point in the book when Laurie, who is working under cover, becomes the target of a serial killer…

Jane:  This is the first book in a series, and I wanted to set it in a small town, somewhere that was sparsely populated. The sort of place where everyone knows everyone else. But, when it came to the romance, I wanted to create a situation between the hero and heroine that would be very hard for them to come back from. Laurie, the heroine comes to town to investigate the hero for drug and human trafficking. Can he forgive her for the way she does it?

Jane:  I’m working on a three book series for Harlequin Nocturne. The heroes are all members of a rock band. Bad boy, hell-raising shifters…what’s not to love?

Jane: I try to get most of my writing done early in the day. I find I’m at my best then, although I’ll write at any time if I have a good idea, or the mood strikes me.

Jane: My recent fascinating facts have been to do with animal behavior (because my heroes are shifters). Did you know that a tiger sleeps for 18 to 20 hours a day? I was amazed by that. How do they find time to hunt, eat and mate? I can’t write a book in which my were-tiger spends most of his day snoozing…

Jane: I have very varied reading habits! Jane Austen to Stephen King and everything in between. My favorite author will always be Georgette Heyer. I love her regency romances and read them over and over. When it comes to my fellow Harlequin authors, I love Karen Anders’ romantic suspense stories and all my fellow Nocturne authors write amazing paranormal romances.

Jane: I sometimes think I have a sci-fi romance in me! But it’s an incredibly difficult genre to write. Like paranormal romance, the world building is key to the story and it has to be perfect. For now, I think I’ll stick with thrillers and shifters!

Coincidence?
The beauty who washes up on Mayor Cameron Delaney's private beach eerily resembles his dead girlfriend, Carla. But Laurie Carter, Carla's lookalike cousin, is actually an undercover detective. She's on the job, investigating Cameron's connection to a human-trafficking ring. Laurie knows she must keep her cover—but she's struggling to deceive the man she finds irresistible…

When Cameron discovers why Laurie is in town, he's furious to realize he's being framed—and stunned at his sudden feelings for the lovely agent. But as they uncover the traffickers, a savage serial killer targets Laurie. Can Cameron save the life of the woman he's come to care for…and unmask the threat haunting his family and Stillwater?


Take his breath away.
That was her one and only aim for this first encounter, and Laurie Carter had three things working in her favor as she kept the target in her sights.
First, there was the understated designer swimsuit that molded itself to her curves, while also cleverly drawing attention to the length of her legs.
Then there was the fact that she was wading ashore onto his private lakeside property. As he sprang to his feet from the rock where he had been sitting gazing out across the water, no doubt he was about to point that fact out to her. Laurie did a rapid check, reconciling this man’s physical attributes with the photographs she had carefully memorized. Dark, wavy hair, swept back from a broad brow and worn slightly long so that it curled onto his neck. Deep-set eyes above high, Slavic cheekbones. A hawk-like nose and lips that were contrastingly full. She had the right man. There was no mistaking him. Tall and powerfully built, he moved toward her with the grace of an athlete, a frown line pulling his dark eyebrows together.
Judging the distance between them to perfection, Laurie waited until he was close enough. As she fell into a pretend faint, she saw shock and something more register in the hazel depths of Cameron Delaney’s eyes. Advantage number three was always going to be the one that clinched it. As his reflexes kicked in and he scooped her up into his arms, Laurie let her head flop back, allowing him a clear view of her face.
His exhalation was an audible hiss. Mission accomplished. The fact that she was trespassing on his land had been the thing that made him notice her. The swimsuit had drawn his attention to her curves and kept him looking. Neither of those things had succeeded in driving the breath from his lungs. That had been achieved for one reason only…because she was the mirror image of his dead girlfriend. 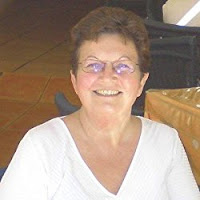