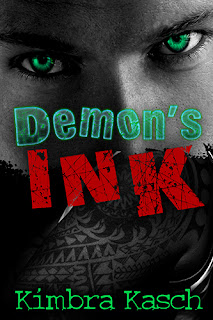 There are lots of dangerous things hanging (or, maybe I should say, dangling) around Portland lately but, when a Demonic tattoo artist comes to town, everything goes to Hell, in DEMON’S INK.

This young adult novel set in Portland, Oregon is available on Amazon now and with Halloween coming, you'll want to have a story to share...

Here's one: DEMON'S INK: It's about art, that's more than anyone bargained for.

Drake and Bartos come to the Pacific Northwest, where they open yet another tattoo shop but Bartos has no trouble dealing with the competition because there’s nothing normal about his art. And he’s stealing more than clients from the local skin artists. He's stealing their souls. Customers fall in love with Bartos Slinderman’s tats but end up paying the ultimate price for their purchase because unlike Oscar Wilde’s Dorian Gray, they can’t walk away from this art and it’s beautiful until it comes crawling out of their flesh to devour the nearest thing...


Expectations can ruin everything. Like thinking my senior year was going to be something special. What a set up that was.

I should have known better than to get my hopes up.


I’d never been lucky. No one in my family was. I was probably only six when I’d heard grandpa say, “We come from a long line of losers.” He was talking to my Dad. I don’t even know about what. But, now, I know I should have listened to him.


Dad had already gone to prison, leaving Mom and me worse off than ever. And we were never good but, at least while he’d hung around, she managed to act like things were okay. Now she wasn’t even trying to pretend. Really it was way worse than that; she wasn’t even getting up off the couch any more.


I’d come home from school to find her passed out. The first couple times it freaked me out. Seeing her face-planted in the front room and not knowing whether she was alive or dead, I didn’t want to be the one to find her like that, to turn her over, to have to check to see if she was still breathing but I did. . . and I had no idea if she was high or drunk. I didn’t even care because what difference did it make? She was out of it. That was all that mattered.


So, after Dad went to jail, I was completely alone until Bartos made me a deal I couldn’t refuse but that was later.


For weeks, I’d come home after class and make a sandwich—if there was bread—otherwise it was a bowl of cereal for breakfast and dinner, sometimes I’d eat it dry because the milk had gone bad.


I knew I was going to have to get a job if I wanted to survive and I’d started looking around but that was right before everything changed.


It was late one Thursday evening. I still remember because I was thinking, “Only one more day…” I just didn’t know how right I was.


I don’t know what woke me up that night. Maybe it was the smell, the heat, the sound of my Mom screaming. I really don’t know. But I opened my eyes to the thick burning haze of a room filled with smoke.


I’d gone down into the basement that night and fallen asleep. 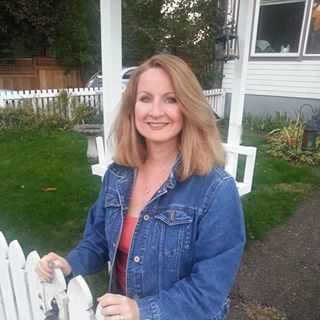 I grew up in a family with 9 kids and grandma living in the back bedroom. Not surprising that I have a few stories to tell, especially since we only had 1 t.v. I spent my days reading and, later, trying to create another world where I could escape all those brothers and sisters-and grandma-by writing. Maybe that's why I love books so much. Well, that and the fact that I was near the end of that long sibling-chain and never had the clout to pick the t.v. shows we watched. But I'd run home after school to catch the last fifteen minutes of Barnabus Collins in Dark Shadows...I still love to run or maybe I should say, I love to wog (a cross between walking and jogging). Here in Portlandia, I love Halloween themed runs - where people don costumes and run. It's a lot of fun...and I know those two words don't always go together: fun...and...run. But here, in the damp days of fall, it is.And, with all those Halloween themed runs, I guess Dark Shadows had more of an influence than some people might think. Even today my favorite author is Stephen King. My all-time favorite book is Salem's Lot.My favorite romance novels are The Hunger Games...okay, I know, it's really a survival book but isn't that what every romance novel is about--surviving the aftermath of everyday life and still having enough emotion left in your relationship, at the end of the day, to feel romantic. Then there were the romance series: Twilight, Fifty Shades, and more but I also love paranormal, horror and even light books like Dewey the Small Town Library Cat. Mainly, I just love to read. . . and write.I've just had my first novel published and am looking to share it with the world. It's a story I was inspired to write after visiting Hamlet's Castle and seeing an enormous Viking statue down in the tunnels next to the dungeons.Sorry to be so long-winded but did I say I love to write, and talk, and knit, and sew, and bake... I could go on but I'll stop by saying, I hope you'll stop by my blog, send me a tweet, or check out my Facebook page. I'll be sharing news about new books over there.Thanks for listening and, hopefully, reading ;D

BUY THE BOOK HERE: AMAZON OR simply check out a sample and join me on Twitter or stop by and see what I'm pinning on Pinterest and, if you've read Demon's Ink and have a question or simply want to share a comment, please feel free to send me an email. I love connecting with readers.