J. Lynn Rowan is awarding a $10 Amazon/BN GC to a randomly drawn commenter. Please use the RaffleCopter below to enter. Remember you may increase your chances of winning by visiting the other tour stops. You may find those locations here.

Carmella Sannarelli just found out that her best friend, Sadie Miller, has broken her engagement and is eloping on St. Croix. Though Carmella agrees to act as the maid of honor, she’s determined to find out what went wrong between her friends.

But she’s not counting on coming face to face with Ryan Wutkowski (the jilted fiancé) on the plane, or with staying at his hotel during a two-day stopover in San Juan. They try to act like nothing’s changed. But Carmella’s totally flustered by the weird vibes Ryan sends her, as well as how tingly and off-kilter she feels every time he so much as looks at her.

Now Carmella can’t stop thinking about Ryan or his behavior, even though most of her time in St. Croix is taken up by pre-wedding activities and dodging advances from the womanizing best man. And she knows there’s more to the story behind Ryan and Sadie’s breakup than either of them will admit to her.

Especially after Ryan shows up at the rehearsal dinner and gets himself invited to the wedding...

Ryan’s silent for a second or two. “Maybe I’ll put the house up for sale and move to Savannah. I’d be closer to you if I did that.”

“Oh, come off it,” I scoff, but my voice quivers with tears.

“I can deliver cakes for Tess.”

He’s trying to joke about this? “Your career, your whole life is in Atlanta.”

“Maybe that’s not important enough to me anymore.”

I should protest, should tell him he’d be stupid to uproot himself because of all that’s happened. But my voice stops working, and I don’t know why. In the end, he wouldn’t really do it, even though he’s always professed a certain adoration for my adopted hometown. Ultimately, he would suck it up, maybe sell the house, but continue on as usual without complaining.

After a few minutes, the urge to wail like a thwarted baby passes, and I relax against him. He rests his chin on the top of my head, swaying to the unpredictable ebb and flow of the foaming breakers. The movement calms me, and I close my eyes with a grateful sigh. He gathers my hair and lifts the whole, tangled mass of it, resting his hand at the nape of my neck. His fingers caress, a touch so fleeting I barely notice it.

There’s a note in his voice I don’t understand, and my defenses flare. With a deep breath to steel myself, I push away from him, thankful the shadows hide both our faces. 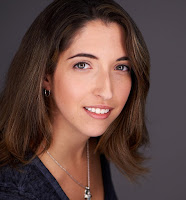 J. Lynn Rowan started writing stories as a small child, usually starring her favorite cartoon characters. Most of her work through middle and high school was filled with typical teenage angst and melodrama, and usually mirrored the books she loved to read. But eventually she found her own author’s voice and decided to seriously pursue a writing career.

Historical fiction remains J. Lynn’s “first love”, but she has enjoyed the journey to becoming an author of romance and chick lit. She is a member of Romance Writers of America, the Central New York Romance Writers, and the Historical Novel Society. She is also a teacher who tries to instill a love of learning, reading, and writing in her students.

When she’s not writing, J. Lynn enjoys travelling, gardening poorly but enthusiastically, studying various topics in American history for her own expertise, and channeling Julia Child every time she steps into the kitchen.

A native of Oswego, NY, she now lives in Charlotte, NC, with her own Romantic Hero of a husband and the most adorable baby on the planet.