THE HOUSE AT THE END OF THE STREET
by Jennie Jones


The author will award a randomly drawn winner a $20 Amazon GC. Please use the RaffleCopter below to enter. Remember you may increase your chances of winning by visiting the other tour stops. You may find those locations here.
 
~*~*~*~*~*~
BLURB:

Gemma Munroe loves hard, laughs hard and plays hard. Or at least she did before today. Her dream is finally within her grasp – owning the toy shop in Swallow’s Fall. Only one person has the power to get in her way: Josh Rutherford – the love of her life who kissed her and left her ten years ago is coming home.

Josh will be in town for five days. He’ll finally sever the ties to a youth filled with poverty by selling the properties that are now his. He’s returning healthy, wealthy and emotionally stable, and then he’ll leave forever. It’s all in the plan. Everything…except for Gem. He never forgot her, but he definitely forgot the effect she has on him. Now she’s got problems, and he can’t seem to leave without trying to help her solve them.

(Author note: every book in the Swallow’s Fall series can be read as a stand-alone story.)

‘What do you know about Grandy’s place?’ he asked.

She shrugged. ‘It’s been empty since he died. Most people just call it the house at the end of the street. What’s it to you anyway?’

Gem’s exasperation bubbled, overwhelming the original idea of coming out here to calmly persuade him to leave town. ‘Is that all you’ve got? Why don’t you want anyone to know what you’ve been doing?’

The way he bowed his head and studied the ground, his broad shoulders slumped in some kind of despair, caused Gem some remorse.

‘Are you in trouble, Josh?’ she asked in a whisper. Maybe that’s why he was so evasive. Maybe he’d made a big mistake. Maybe he’d been in prison. No, wait—he had a tan.

He smiled at her, the skin creasing around his eyes. A little more depth to the crinkles now, suggesting that he’d done a lot of smiling over the years. That he’d enjoyed himself.

‘No. I’m not in trouble.’ He seemed to come out of his reverie. He lifted a hand and swept it through her hair, brushing it back from her forehead. ‘Not the way you’re thinking.’

Gem stilled. The gesture was one she remembered from their best-friend days of long ago, but there had been nothing more than friendship in it then—this touch spoke of everything undealt with and unsaid between them since their moment this afternoon. 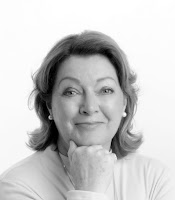 Born and brought up in Wales, Jennie Jones loved anything with a romantic element from an early age. At eighteen, she went to drama school in London then spent a number of years performing in British theatres, becoming someone else two hours, eight performances a week.

Jennie wrote her first romance story at the age of twenty five while ‘resting’ (a theatrical term for ‘out of work’). She wrote a western. But nobody wanted it! Before she got discouraged a musical theatre job came up and Jennie put writing to one side.

She now lives in Western Australia, a five minute walk to the beach that she loves to look at but hardly ever goes to - too much sand.

Jennie returned to writing four years ago. She says writing keeps her artistic nature dancing and her imagination bubbling. Like acting, she can’t envisage a day when it will ever get boring.

All of Jennie’s bestselling Swallow’s Fall series books can be read as stand-alone stories.

Where to find Jennie Jones: