Rise of a Queen by Chanta Rand ~ Sneak Peek ~ #MFRWHooks

I'm excited to host Chanta Rand today for a MFRW Book Hook blog hop. Check out the sneak peek below from Rise of a Queen. Then visit the other authors links below that are part of this blog hop for more excerpts.

Sneak Peek from Rise of a Queen:

Nabeela guzzled from the goblet of wine in her room. Maybe it would give her courage for the loathsome task ahead of her. The fermented liquid slid down her throat and winded is way through her knotted entrails to her empty stomach. Good. The concoction would take effect sooner without any remnants of the wedding feast lining her belly. She had not been able to eat a single morsel, despite her mother’s half-hearted attempts to get her to do so. This was no cause for celebration. Not when she’d just married a man old enough to be her father. Indeed, possibly old enough to be her grandfather, had he lived.

Her new husband, Hakim, had no problem eating. Earlier, he’d shoveled massive amounts of food into the entrance of the seemingly bottomless pit that served as his mouth. Nabeela grimaced recalling how his sausage-like fingers had stuffed shanks of braised lamb past his thick lips. His gluttonous appetite had earned jests and ribald comments from his troops. She’d contained her disgust as she watched him shove everything on his platter into his mouth. Errant crumbs escaped, only to be captured in the deep folds of his sumptuous robes.

He was a repulsive pig.

And she was forever tethered to him through marriage. 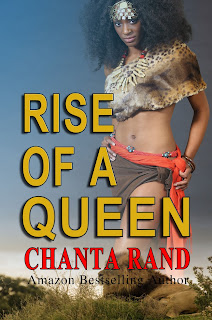 A dead husband. An unconsummated marriage. She needs an heir. Any man will do.

1061 AD. A sprawling empire rich in gold, resources, and military might dominates West Africa. It’s The Kingdom of Ghana, and it’s at the height of its power.

Twenty-year old Nabeela is grappling with her own power struggle. In order to save her younger sister from their step-brother’s clutches, Nabeela agrees to marry a repulsive African prince and bear him an heir. However, her plans are waylaid when tragedy strikes on her wedding night—her new husband dies—without consummating their marriage.

She must find a replacement to impregnate her immediately. Any man will do—including a drunken soldier her servants find naked taking a bath in a neighboring village. Nabeela holds him captive and coerces him into having sex with her—stealing the one thing he can never get back—his seed.

What she doesn’t know is the soldier is Rafan, Commander of a warring tribe’s royal army, and one of her family’s arch enemies. Eager for revenge, Rafan tracks her down once he’s released. But when these two reunite, they realize their lust for each other is far greater than their disdain.

Enamored by Nabeela’s beauty and bravery, Rafan makes her an offer of marriage, and the promise to help her become queen. He convinces her that they are stronger allies than enemies. Even though they share a commitment to unite, there are others who are determined to destroy them and their plans, including the one person Nabeela would have never suspected. In the end, she’s is forced to choose between her passion and her ambition.

Remember: You can't expect any sizzle...if you don't turn up the heat!