Polly is awarding one randomly chosen winner one 3-foot long stem rose in a glass vase from TheUltimateRose.com or similar florist; US only. Please use the RaffleCopter below to enter. Remember you increase your chances of winning by visiting the other tour stops. You may find those locations here.

~*~*~*~*~*~
NOTE:  A percentage of the sales of this book will be donated to Children's International, a not-for-profit organization very close to the author's family's  heart. Past books in the series have benefited The American Red Cross, The American Cancer Society, Tuesday's Children [a 9/11 charity], and The Dave Thomas Foundation for Adoption.

A mystery is introduced in No Ordinary Day, the first book in the Extraordinary Days series that is carried through all eight volumes and solved in the last book, Sunday's Child: Born on the Sabbath Day, due out in January of 2017.

In the late spring of 1991, a flood and fire of historic proportions tore through the pretty resort town of Obergrande, New York, in the central region of the Adirondack mountains.

The twin disasters destroyed a large part of the east side of the town that bordered the Hudson River and Lake Obergrande.

In the aftermath, a new dam was built, and that damaged part of the town “drowned,” covered by the new, larger lake.

During that terrible flood, five kindergarten girls were trapped in their drowning school, huddled together as the water rose higher, rescued just in the nick of time. The nightmare bonded them, and three others like them, to each other for life.

These are their stories.

International attorney and human rights advocate Elisa Santiago believes she has life under control—an impressive career, a solid group of friends in Obergrande, and a handsome law partner for hot “car action” when she needs release. Little does she know that her entire world is about to burn down when she discovers that nothing she believes she knows about herself and her past is true.  Can the gorgeous former CIA operative, acting as her guide and guard as she returns to Colombia, the land of her birth, looking for answers, set her world on fire in a good way?

THURSDAY’S CHILD: Far to Go is the fifth book in the eight-book series The Extraordinary Days by breakthrough novelist Polly Becks. The first book, No Ordinary Day, tells the tale of an epic tragedy that changes life forever in a small town in the wild, mystic Adirondack Mountains of upstate New York, and the mystery surrounding that tragedy.

They had assembled at the door of Sloane’s bedroom when Dr. Marlowe held up his hand.

“She should be sleeping,” he cautioned. “If she is, why don’t you all make yourselves comfortable in the room until she wakes up? She needs her rest, but I have to wake her up gently every few hours. She has until two-thirty or so to sleep, so she’s due to wake up shortly.”

Briony nodded, as did the other girls, and shifted her packages to her other side.

“I’ll wait out here,” said Ed, still puffing slightly. “I can see her after you’ve all had some time with her.”

Sloane was sitting up in bed, awake, a dozen or more folders spread across her bed.

Marlowe rolled his eyes. “You’re not supposed to be working, Sloane. Where did you get those?”

“I’m not telling,” Sloane said, beaming as her friends came in the room. “What are you guys doing here?”

“We thought we might check on you since you just got out of the hospital, two days of which were in the ICU,” Corinne said pointedly. She strode to the bed and bent to her friend, hugging her gently, then stood up and filled her arms with an enormous, tissue-wrapped bouquet.

Sloane pulled back the papers, revealing half a dozen long, thick stems atop which were pointy, elegant blossoms with a fan of red-gold and violet-blue petals, and a larger green-and-rose-colored base.

“Birds of Paradise,” she murmured. “You remembered. Oh, Corinne, thank you.”

“Of course I remembered, after the lecture you gave me during the setup for my brother’s wedding a few years ago,” Corinne said. She sat down on the far end of Sloane’s enormous bed as Grace made her way toward the pillow end. “You said that Birds of Paradise were unique and classy and showed that someone cared enough to have them brought in, unlike roses and carnations and mums, which you can ‘get on every street corner,’ as I recall. As I watched you checking every table arrangement in the reception hall, I noticed how much they look like you, especially the red-gold colors. I also brought six singleton vases, since you told me they should always have their own ‘home.’ ”

Sloane’s eyes filled with tears as Grace bent over to hug her. When the pastor stood up, she opened the bakery box she was carrying.

“These are from MaryBeth Finley,” she said. “She sends her love—she still hasn’t gotten over watching you collapse at Charlie’s when she was waiting on you. She’s still worried it was some kind of food poisoning.”

“I’ve never heard of food—even bad food—causing a brain bleed before,” Sloane said, peering into the box, which was from Pancake Heaven, the other restaurant/bakery where MaryBeth worked. “Oooooo. What are these?”

“Vanilla-strawberry,” Grace said, tipping the box so that Sloane could better see the four puffy, exquisite cupcakes. “MaryBeth said to tell you that they’re vegan.”

Sloane dipped a finger into one and scooped up a swath of fluffy frosting. “I’m not a vegan,” she said as she stuck the tip of her finger into her mouth. “Mmmmm, these are insane.”

“Oh, I told her,” Grace said, straight-faced. “I assured her you have eaten way more meat than the rest of us put together.”

A shocked silence fell in the beautifully-decorated bedroom.

A deep throat rumble occurred in the doorway, from which Dr. Marlowe rapidly disappeared.

Sloane raised her hand slowly and Grace high-fived it. 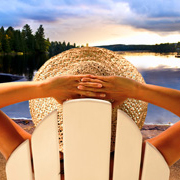 Polly Becks has been making her living writing for more than twenty years, as well as working as an editor, curriculum developer, and teaching secondary-school Spanish. She has more than 350 books to her credit, mostly educational materials, as well as professionally published fiction in both the adult and YA market in a variety of genres, plus more than 30 Children’s books. She is excited about exploring the digital literature frontier and is honored to be the launch series for GMLTJoseph, LLC. -
See more at: http://www.pollybecks.com/author/#sthash.pEZ6f3xO.dpuf