To Win Her Love By Mackenzie Crowne, Sex, Secrets, & Happily Ever Afters By Deb Julienne, Lucky For You By Jayne Denker, Starting Over By Stacy Finz

To Win Her Love
By Mackenzie Crowne

Lucky For You
By  Jayne Denker

To win the game, they’ll have to risk losing their hearts…


When a bizarre child custody stipulation pits popular sports blogger Gracie Gable against football superstar Jake Malone, losing the battle for her twin nieces isn't the only thing Gracie has to worry about. Forced to live for three months under the same roof as the sexy tight end, will she fall prey to his flirtatious pursuit? Or worse, will the skeletons in her closet destroy her chance for the love and family she so desperately wants?

Neglected by his parents as a boy, Jake doesn’t believe in happily ever after. Yet living with Gracie and the twins might be enough to change his mind—and his womanizing ways. But when the press unearths a scandal from Gracie’s past, will he lose the one woman he was ready to open his heart to?

Wife, mother and really young grandmother, Mackenzie Crowne shares her home with her high school sweetheart husband, a neurotic Pomeranian, and a blind cat. She calls Arizona home because the southwest feeds her soul. Her love of the romance genre has been a lifelong affair, both as a reader and a writer. A bout with breast cancer sharpened her resolve to see her stories shared with others. Today, she’s a seven-year survivor, living the dream. Her friends call her Mac. She hopes you will too.

Angel Talbot is anything but pure—in fact some might even consider her a bit wicked. How else would you describe the manager of an ‘adults only’ store that specializes in helping ladies find that special O. But Angel could use a hand herself. Or two. That is until she stumbles into sexy businessman Travis Wellington.

When the Wellington Family had a problem, they sent Travis to fix it. Being the CEO of his family’s multi-million dollar enterprise means Travis is used to getting his hands dirty. But the pressure of looking out for the company, along with his family’s well-being was beginning to take its toll . . . until he found his Angel…

Sex, Secrets, & Happily Ever Afters is available for order at: 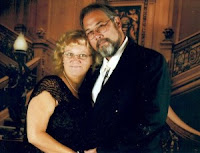 While some say truth is stranger than fiction, Deb Julienne’s experience runs more along the lines of a slap-stick comedy. When life tosses you lemons the only thing to do is to turn it into Limoncello.

After writing for almost 20 years, she’s about to be an overnight success. Her life, like her comedies, has been one big fat romantic comedy…or errors. It’s not a matter of “if” it can go wrong, but how bad when it does happen, and make no mistake…it will. Survival with a sense of humor is the goal.

Joking aside, Deb’s dream of being published came true with the release of her first book, Sex, Lies and Beauty Aids, which was released March 2014. Since then she’s added to more to her collection of tales. Sex, Secrets, & Happily Ever Afters, and A Splash of Romance in the Crashing into Love Anthology.

As a long time member of both Romance Writers of America (RWA) and her local RWA Chapter, the Sacramento Valley Roses, she fills the hours she’s not writing romantic comedy and romantic suspense with her day job at a Silicon Valley Corporation, playing in the kitchen concocting her award-winning jams, jellies, preserves, and sauces (with alcohol of course).

Born and raised in San Jose, California, she now resides in the Tahoe National Forest Basin, her own little bit of heaven on Earth, with her husband of 34 years, their three sons and one daughter, and two very precocious grand kids, with a third on the way.

It’s where everyone remembers your name—and your mistakes. But the quaint Catskills town of Marsden has a way of inspiring the unlikeliest reunions, flipping the script on the best laid plans, and opening even the most stubborn hearts…

Jordan Leigh’s always had a reputation for being bad news. So she figured it was only a matter of time before she got into serious trouble. But serving house arrest in her hometown of Marsden is truly cruel and unusual punishment. Plus she's under police officer Will Nash's up-close-and-all-too-personal supervision…which could make things worse—or more fun.

To make amends, Jordan throws herself into making nice with her neighbors, taking in stray animals, and helping teenage girls get back on track. But what she really wants is to get on the right track with Will. To do that, she’ll have to show him she's grown up. And if that means making him break his own rules and face down his own fears, she's up for the challenge …

~*~*~
Meet the Author:
Hi and thanks for visiting my blog! I’m glad you stopped by! Hoping to have new posts up frequently, but…well…you know how it is. But I’ll do my best!

Important professional stuff: I’ve been a writer all my life, even—gasp!—getting paid for it, sometimes even—double gasp!—in full-time jobs. I’ve also worked as an editor and proofreader, which makes my novels, if nothing else, very clean. Of course, in publishing terms that means very few grammatical, spelling, and punctuation errors, but it is tempting to legally change my name to Paul’s Grandfather. (Obscure reference clarification here.)

After I quit my last full-time job about five years ago to stay home and raise my son, my husband said I should “knock out a few dozen romance novels over a couple of weekends” to get filthy rich. Hah! He’s a funny guy. In a misguided kind of way. Still, the idea of getting back to writing fiction after many years in the nonfiction biz was intriguing, so I joined NaNoWriMo (National Novel Writing Month) and jumped right in. Overnight success took three and a half years.

And of course I’ve got no guarantee of that success thing, overnight or not. My first contemporary romance, By Design,was published (e-book) by Kensington in May and my second, Unscripted, in August, and my third, Down on Love, in November. My fourth, a followup to Down on Love, will be published in July.

Important personal stuff: I live in a small village in western New York with my husband, son, and a very sweet senior-citizen basement kitteh who loves nothing more than going outside, where she sits on the front walk and wonders why she begged to go outside. I’d post a picture, but she always looks stoned. Too much ‘nip, perhaps? When I’m not hard at work on another novel (or, rather, when I should be hard at work on another novel), I can usually be found frittering away stupid amounts of time on Facebook. Check in with me there (“Jayne Denker Author”) or on Twitter (@JDenkerAuthor). You can also drop me an e-mail (Jayne.Denker@gmail.com) anytime—I’d love to hear from you. And stop by and say hey on my Goodreads page!

The mountain town of Nugget, California, may be tiny, but with its breathtaking scenery, fresh air, and lovable locals, it has everything. Not to mention it’s the perfect setting for firsts—and seconds—of all kinds…

On the day of her glitzy New York City wedding, society girl Samantha Dunsbury ditches her Wall Street groom, and hops in her convertible. Her only plan is to head west. But when a pit stop lands her at a lovely Victorian inn in Nugget, she doesn’t want to leave. And when the innkeeper needs someone to fill in, Sam is thrilled to take the job—her first! For once, she’s going to do what makes her happy. She just has to figure out what happy looks like. She never expects it to look like her surly new boss…

The last thing Nate Breyer needs is a debutante dilettante mucking up his business. How his sister—and co-owner—could’ve hired Sam is beyond him. Nate’s known women like Sam before—he was engaged to one once. With no options, he’ll just have to keep his eye on her while also keeping his distance. But to his surprise it turns out Sam’s got a knack for the job, and for putting folks at ease—including Nate. As business—and pleasure—heat up their relationship, Nate finds himself ready to do anything to persuade the runaway-bride to stay permanently gone…

~*~*~
Starting Over is available for order at 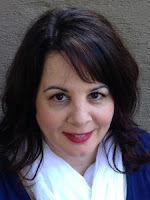 Stacy Finz is an award-winning journalist. After more than seventeen years covering notorious serial killers, naked-tractor-driving farmers, fanatical foodies, aging rock stars and weird Western towns for the San Francisco Chronicle, she figured she finally had enough material to launch a career writing fiction. In 2012 she won the Daphne du Maurier Award for unpublished single-title mystery/suspense. She lives in Berkeley, California with her husband.