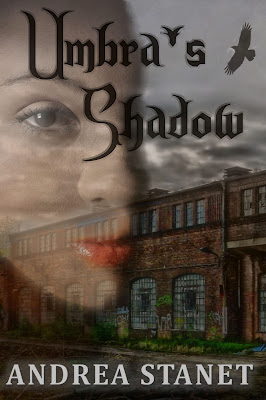 
Enter for your chance to win A $10 Roane Publishing Gift Card. Please use the RaffleCopter below to enter.
~~~oOo~~~

Got a problem that needs a kick-ass mercenary to fix it? Merc’s your shapeshifter.
It’s been open season on changelings—human/faery hybrids—until word gets around: someone’s got their backs.
Merc relies on her unique shapeshifting talents to defend the poor and disenfranchised hybrids living on the fringes of a modern-day Hudson valley city. Perhaps her past spurs her to help—orphaned, unable to remember her parents or her original form, forced to survive alone until a kindly Changeling couple takes her in. But Merc also dreams of escaping the poverty and rescuing her boyfriend from the environment that feeds his addictions.
Dúl, a mysterious and seductive full-blooded fey, seems to offer Merc the way out. But the job he proposes will plunge her into the political wasp nest of the Dreaming World and its fey courts. Dúl hires her to rescue the female lieutenant of the Shadow Court’s king. But Morgan isn’t the only full-blood that’s disappeared.
Nothing is what it seems. A hidden player is capitalizing on the animosities within the four courts, and Merc must solve the puzzle before anyone else falls victim. Her investigation exposes the web of betrayals and lies ambushing the courts from without, or maybe from within.
No one could defeat this conspiracy alone. Merc must suppress her solitary nature and learn to work with a team, while Dúl enters into a bitter alliance with his most hated enemy. Amid this treachery, the magnetic attraction between Merc and Dúl deepens into a forbidden bond they are powerless to deny.
Even if she unravels the chaos plaguing the Dreaming, can she handle the truth about the full-blood she’s fallen for?

I’d been in the “dungeon”, nursing bruises and biding my time, for about an hour when the cage door clanged. I peeked over my shoulder from where I was standing next to the rickety bunk bed in the corner of my cell, resting my head in my arms against the top mattress. The bunk shielded a bucket. From the smell, I’d guessed the pail wasn’t empty, but I avoided confirming my suspicion.

The chubby guard shoved in a new cellmate and locked us in together. The new guy beamed at me like it was his birthday. Why would anyone smile about being tossed into a steel cell by a crook-nosed thug?

A ring of keys and a wooden baton landed onto the guard’s desk next to the equipment which had been taken from me. I put my head back on my arms.

From behind, I felt a tug on one of my two braids. Without thinking, I dropped toward the floor and swung my leg in an arc. My cellmate jumped over it. Fast. Impressive. I drew back my arm to strike.

“Strange to find an infiltrator with such long hair,” my cellmate said.

In the middle of my next punch, I froze and hoped he didn’t notice how I had almost unbalanced myself. It was a matter of professional pride.

He could probably be useful to me, but I didn’t want the added responsibility. No, better to work alone. That way if I messed up, I had no one to blame but me.

“Sorry if I startled you, but the oddness of your hair compelled me to touch it.”

The oddness of his statement compelled me to respond. “What?”

“Your hair. Rare, considering your dark skin. And your lack of ear-piercing panic suggests work for Rebus, the Fringe’s own Robin Hood and mercenary agent.” My cellmate’s voice was deep and silky.

“I work for myself, and I work alone.” Telling other people what to do and trying to think for them could lead to trouble. I relaxed my stance and shook out my fists. “Let me get this straight. Since, by your account, I’m a thief with unusually long hair, you get a free pass to touch me?”

Having to deal with a psycho today didn’t factor into my plans.

My focus shifted away from him, but he continued. “It stands out. Makes you noticeable.”

After climbing to the top bunk where I had a better view, I glanced back at the newcomer, considered explaining, and then changed my mind. Thugs and molesters I could handle, but it was always better to avoid crazies, especially in the Fringe.

I examined his features now: tall and wiry—over six feet, olive skin, and dark eyes. Wavy, black hair hung over his forehead and framed his face, curling just above his lobes. A couple of years older than me. Twenty-four? He dressed in a high-end-trendy style—two hundred bucks for jeans ripped just so. The fashion choice was forgivable.

Finally, my gaze landed on something that could identify this guy. Pointed ears hidden by his hair. Aside from the intangible energy signature he gave off, the ears were the telltale sign of a fey. Probably full-blooded since changeling ears were a little more rounded, closer to their human side. What was a fey doing in the dungeon?

I pushed aside the question of why he had been detained. It wasn’t my business.

Sitting cross-legged on the thin mattress, decrepit springs digging into my butt, I reached up with my left hand toward the blue light and along the edge of the ceiling.

A zap rocked me back and sent a jolt up my arm. I grunted. The tips of my fingers were charred and stung as if I’d reached into a wasp nest. A scowl twisted my mouth as I processed the setback and climbed down to the bottom bunk. Leaning forward, elbows on knees, I worked out my next steps.

“I thought that looked like some sort of lightning spell ward.”

Please go away. I don’t have time for this.

He did not go away.

“Better question: are you stupid?”

“I can’t stand to see a damsel in distress.” He towered over me with a smirk and leaned down to whisper in my ear. “I can get us out of here.”

A dream stalker, shadow man, vengeful steampunk siren, ghost, and now fey court intrigue—while Andrea Stanet doesn’t shy away from any genre, her passion is writing fantasy and horror fiction for various age groups. Her short stories have appeared in several anthologies and an online literary magazine. Her most recent releases are “The Tradition,” a middle grade horror about were-crows, and “Song of Vengeance,” about a young performer whose father traps her dying spirit in a mechanical bird.
When not fixating on dragons and zombies, Andrea’s hobbies include running (clearly displaying masochistic tendencies), cycling (hills are only fun when going down), reading (anything and everything), and gaming (Cthulhu themed board games are favorites). Andrea lives in New York with her husband, two kids, a cat that thinks she’s a dog, and another cat that thinks he’s a mountain lion.


Open only to those who can legally enter, receive and use a RoanePublishing.com Gift Code. No purchase necessary, but you must be 18 or older to enter. The winner will be chosen by rafflecopter, and announced on the widget. Winner well be notified by emailed and have 48 hours to respond or a new winner will be chosen. The number of entries received determines the odds of winning. This giveaway was organized by Roane Publishing's marketing department.